You are at:Home»Classical Music»Vocal»Opera»This Week in Toronto (May 11 – 17)
Advertisement / Publicité 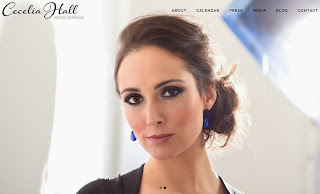 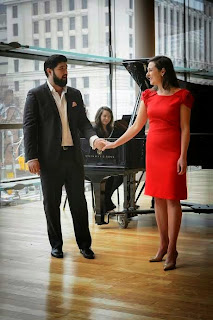 Mezzo Charlotte Burrage and baritone Clarence Frazer (Photo: Chris Hutcheson)
This is the third time the Lepage/Levine production of  Bluebeard’s Castle/Erwartung has been staged by the COC. For a twenty-two year old production, it has lost none of its freshness and power. A lot of the credit goes to the three principal singers – John Relyea (Bluebeard), Ekaterina Gubanova (Judith) and Krisztina Szabo (The Woman). For me, this double-bill represents the perfect marriage between music and theatre, and it’s not to be missed. COC Music Director Johannes Debus conducts. Performances on May 12 and 14 at 7:30 pm, and on May 16 at 4:30 pm.
http://www.coc.ca/PerformancesAndTickets/1415Season/BluebeardErwartung.aspx 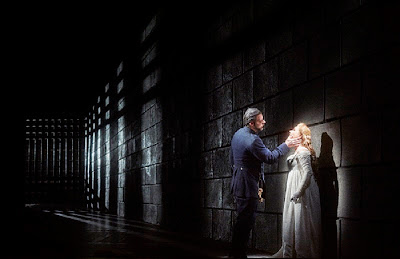 John Relya (Bluebeard) and Ekaterina Gubanova (Judith) (Photo:Michael Cooper)
Conductor Kent Nagano and his Orchestre symphonique de Montreal is in town for a concert on Wednesday May 13 8 pm at Roy Thomson Hall. Polish pianist Piotr Anderzewski plays Mozart Piano Concerto No. 25 in C Major. The centerpiece is Sibelius Symphony No. 2. Also on the program is Nocturne by Samy Moussa, a OSM commission.  http://tso.ca/en-ca/concerts-and-tickets/2014-2015-Season/EventDetails/Orchestre-symphonique-de-Montreal.aspx 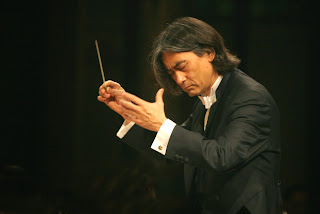 Conductor Kent Nagano (Photo: Wilfried Hosl)
The Toronto Symphony Orchestra is presenting a performance of Schubert’s Symphony No. 8 “Unfinished”, conducted Rob Kapilow, as part of its What Makes It Great? Series focusing on the great works of the standard repertoire. Maestro Kapilow makes a free presentation at the North York Central Library Auditorium on Thursday May 14th 7 pm. The regular concert takes place on Friday May 15th 7:30 pm at Roy Thomson Hall.   http://tso.ca/en-ca/concerts-and-tickets/2014-2015-Season/EventDetails/What-Makes-It-Great-Schubert-Unfinished-Symphony.aspx 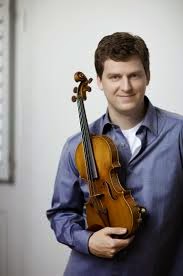 The brilliant Canadian violinist James Ehnes is joining forces with frequent collaborator pianist Andrew Armstrong for a recital at Koerner Hall on Friday May 15th 8 pm. On the program are works by Debussy, Bach, Elgar, and Canadian composer Alexina Louie. http://performance.rcmusic.ca/event/james_ehnes2015 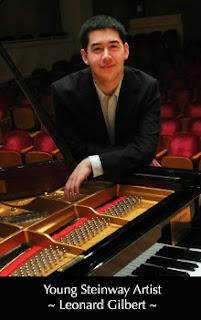 Pianist Leonard Gilbert
Leonard Gilbert, the young Canadian pianist turned lawyer – although he’s maintaining a dual career – is giving a noon hour recital at St. Andrew’s Presbyterian Church on 73 Simcoe Street at King Street on May 15th 12 noon. It is part of the Music at St. Andrews series. On the program are works by Chopin, Liszt, Schumann and Beethoven. http://www.leonardgilbert.com/p/concerts.html