You are at:Home»Classical Music»This Week in Toronto (Mar. 7 – 13)
Advertisement / Publicité

The Toronto Symphony Orchestra‘s New Creations Festival continues this week with two performances. On Wednesday March 9th 8 p.m. is the North American premiere of Two Memorials: Anton Webern and John Lennon, in which Australian composer James Ledger pays tribute to the two musical greats. Also on the program is Brett Dean’s trumpet concerto Dramatis personae, with soloist Hakan Hardenberger, for whom Dean composed this work. There’s also the world premiere of From the Vortex Perspective, a TSO commission from composer Paul Frehner. Both Ledger and Frehner will be interviewed by Gary Kulesha at intermission. Peter Oundjian conducts. https://www.tso.ca/ 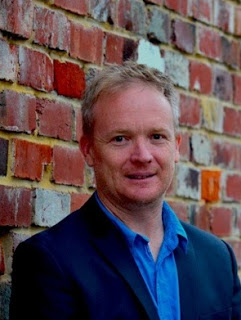 On Saturday March 12th is the last of three concerts of the TSO New Creations Festival.  It features the Canadian premiere of Water, a work by Jonny Greenwood of the English rock group, Radiohead. Australian composer Brett Dean presents Knocking at the Hellgate, a vocal/instrumental suite of excerpts from his 2010 opera, Bliss. The soloist is Canadian baritone Russell Braun. Dean will be conducting his own work, with Peter Oundjian conducting the balance of the program. DJ Skratch Bastid returns to present his remix of the music from the Festival. There’s an interesting pre-concert event at 6:45 p.m., in which soprano Carla Huhtanen and baritone Peter McGillivray showcase selections of works presented by Tapestry Opera, a company specializing in new creations. Included is a sneak preview of the world premiere (scheduled for May) of The Rocking-Horse Winner.  https://www.tso.ca/concert/knocking-hellgate 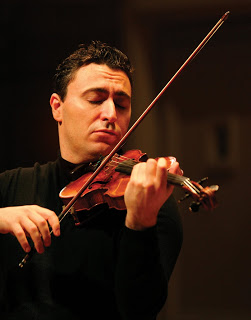 The charismatic Russian violinist Maxim Vengerov makes a welcome return to Toronto, under the auspices of the Montreal Chamber Music Society, in recital at Roy Thomson Hall on Friday March 11th 8 pm. On the program are works by Brahms, Franck, and Paganini. Appearing with him is pianist Patrice Lare. http://www.roythomson.com/eventdetail/MaximVengerov 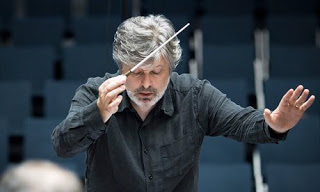 Soundstreams, the adventurous new music presenter, is putting on a choral evening of the music of Scottish composer James MacMillan on Tuesday, March 8th 8 p.m. at the Trinity St. Paul’s Centre.  On the program are works by Knut Nystedt, James Rolfe, R. Murray Schafer, as well as two pieces by MacMillan. Lawrence Cherney interviews MacMillan and James Rolfe in a pre-concert chat at 7 p.m. http://www.soundstreams.ca/performances/main-stage/the-music-of-james-macmillan/?utm_source=Google&utm_medium=Adwords_Grant&utm_campaign=1516MAC

The University of Toronto Faculty of Music Opera Division is presenting Benjamin Britten’s Paul Bunyan. If memory serves, the opera school staged this piece maybe ten years ago. Okay, I just checked – it was back in 1998!  It didn’t seem so long ago.  Britten and his partner tenor Peter Pears spent some years living in the U.S., which probably inspired him to compose this piece, quite a distinctive score full of American folk and jazz elements.  Four performances, beginning Thursday March 10th 7:30 p.m. at the MacMillan Theatre and continues for three subsequent evenings. This is a good opportunity to hear up and coming voices. Sandra Horst conducts and Michael Patrick Albano directs. https://music.utoronto.ca/concerts-events.php?eid=584

Tapestry Opera is joining forces with Scottish Opera and Music Theatre Wales to present The Devil Inside, a “Faustian opera” composed by Scottish composer Stuart MacRae with libretto by Louise Welsh, based on a short story by Robert Louis Stevenson, The Bottle Imp. It was recently staged in Theatre Royal in Glasgow to resounding success, receiving a 5-star rating by George Hall in The Guardian. It’s the same creative team who will be performing here at the Harbourfront Centre Theatre, opening on March 10th 8 p.m. and continuing on March 12th and 13th. The soloists are Nicholas Sharratt, Rachel Kelly, Ben McAteer, and Steven Page. Michael Rafferty conducts players of the Orchestra of the Scottish Opera. Matthew Richardson directs. https://tapestryopera.com/the-devil-inside/
Music Toronto‘s Discovery Series brings to Toronto artists who are relatively new to our city. This week, it’s Collectif9.  It’s a Canadian string ensemble founded in Montreal in 2011, known for its cutting-edge, rock-infused arrangements of the classical repertoire.  Program includes works by Brahms, Shostakovich, Bartok, Schnittke, Hindemith and others. For information on the group, go to http://www.collectif9.ca/  Concert on Thursday March 10th 8 p.m. at the Jane Mallett Theatre. http://music-toronto.com/discovery/collectif9.htm
Canadian pianist-composer Adam Sherkin is giving a recital, True North Stories, at the Canadian Music Centre on 20 St. Joseph Street in downtown Toronto on Thursday March 10th 7:30 p.m.  He is playing the works of Istvan Anhalt and Oskar Morawetz, as well as his own compositions. The centerpiece is True North Stories, which as I understand is made up of pieces by Sibelius, Applebaum, Grieg, Rangstrom, Somers as well as Sherkin himself. You can always count on Mr. Sherkin for innovative and thoughtful programming. So rather than my trying to explain what he does, do go to hear him.  https://www.musiccentre.ca/node/137396
On March 11th and 12th 8 p.m. at the Trinity St. Paul’s Centre, the Toronto Consort is presenting an intriguing piece, Beowulf, a one man show by “Medieval Performer Benjamin Bagby, in one of the great epics of the European bardic tradition, of  the battle between the hero Beowulf and the monster Grendel. Find out more about the performer and the show at http://www.bagbybeowulf.com/ 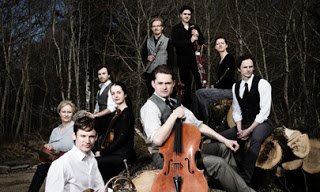 On Sunday March 13, the Danish chamber group Ensemble Midtvest makes its Canadian debut, with a program of Brahms, Beethoven, and Nielsen, at Walter Hall.  There is a young person’s event, Music and Truffles, to happen at 1:15 pm. The regular concert is at 3:15 p.m.. Go to the Mooredale website for details –https://www.mooredaleconcerts.com/event/ensemble-midtvest-mt/ 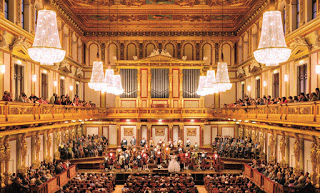