You are at:Home»Classical Music»Vocal»Opera»This Week in Toronto (Mar. 21 – 27)
Advertisement / Publicité 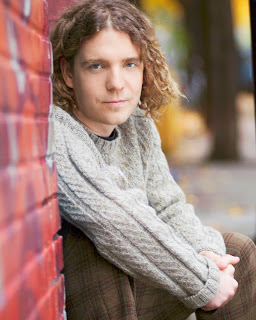 Now that spring break is over, the concert scene has dramatically picked up again, with a wealth of interesting events to choose from. Canadian countertenor Daniel Taylor is making one of his frequent – and highly welcome – visits to Tafelmusik, for a program of German and Italian Baroque that includes the music of Bach, Vivaldi, Cavalli, Frescobaldi, Cacccini, Uccellini and Telemann. This program will be recorded on CD. There was a time when Taylor was widely heard in the concert halls and opera houses on both sides of the Atlantic, but in recent years, his appearances seemed to have focused almost exclusively in North America. We are lucky that Taylor makes Toronto one of his frequent stops. Performances on March 24, 25, and 26 at 8 pm at Trinity St. Paul’s Centre, and a matinee on Sunday March 29 3:30 pm at the George Weston Hall in North York. Details at http://www.tafelmusik.org/concerts/concert_DanielTaylor.htm
Two of my favourite Canadian singers, sopranos Nathalie Paulin and Monica Whicher, both superb recitalists, will appear in the University of Toronto Faculty of Music’s Faculty Artists Series on Monday 21 at 7:30 pm at Walter Hall. On the wide-ranging program are solos and duets by Purcell, Schumann, Paladihle, Massenet, Chausson, Faure, Lysenko, Britten, and Greer. The collaborative pianist is Che Anne Loewen. Details at http://www.music.utoronto.ca/home.htm
A high profile concert this week is Ovation: A Celebration of 40 Years of the Juno Awards, on March 22 8 pm at Roy Thomson Hall. The star-studded line-up includes the Amici Chamber Ensemble, soprano Measha Brueggergosman, violinist Angele Dubeau & La Pieta, Duo Concertante, Gryphon Trio, pianist Anton Kuerti, violinist Lara St. John, Tafelmusik Baroque Orchestra and cellist Winona Zelenka.
http://www.roythomson.com/eventdetail?eventId=538
The Toronto Symphony Orchestra is presenting a program of Britten, Bruch, John Estacio and Vaughan Williams Symphony No. 4. Canadian violinist Karen Gomyo plays Bruch’s virtuoso Violin Concerto No. 1. Two performances on Wednesday Mar. 23 and Thursday 24m, both at 8 pm. http://tso.ca/Home.aspx
The Royal Conservatory of Music’s Glenn Gould School is presenting its yearly opera. This showcases the talented singers and orchestral musicians at the GGS. The last two years, I attended their Cosi fan tutte and Cendrillon, both truly marvelous productions. This year, it is a double bill of Ravel’s L’heure espagnole, with a piece that is relatively unfamiliar, Bizet’s short operetta Le docteur Miracle. Before Koerner Hall, opera performances took place at the small Mazzoleni Hall, and there were at least three shows. Now at the more spacious Koerner Hall, it has been reduced to two, so be sure not to miss it! Performances on Mar. 23 and 25, both at 8 pm. http://performance.rcmusic.ca/viewallconcerts
Canadian pianist Leonard Gilbert, who won the Canadian Chopin Competition and represented Canada at the Chopin Competition in Warsaw last fall, is in town as soloist in the Mississauga Symphony Orchestras’ The Music of Passion concert on March 26. He plays Chopin’s Piano Concerto No. 1. Also on the program is a world premiere by Kevin Lau, plus the Hary Janos Suite by Kodaly. Richard Moore is the Cimbalom soloist. http://www.mississaugasymphony.ca/
Opera in Concert is presenting the rarely staged – at least outside central European countries – The Devil and Kate, a comic opera by Dvorak. Mezzo soprano Marion Newman is Kate, tenor Adam Luther is Jirka, bass baritone Giles Tomkins is Marbuel. A single performance on Sunday Mar. 27 at 2:30 pm at the Jane Mallet Theatre. http://www.operainconcert.com/devil.htm