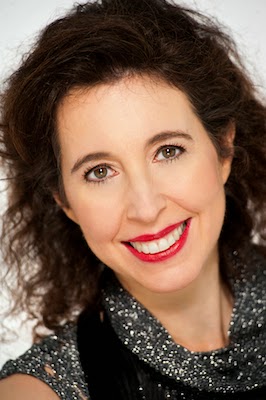 Pianist Angela Hewitt (Photo: Bernd Eberle)
Canadian pianist Angela Hewitt is currently on tour, and she returns to the Toronto Symphony Orchestra this week playing Beethoven’s Piano Concerto No. 5 “Emperor” with Finnish conductor Hannu Lintu on the podium. Also on the program is Sibelius Symphony No. 5. Two performances, on March 20 and 22 8 pm at Roy Thomson Hall. More information at Ms. Hewitt’s website http://www.angelahewitt.com/ and TSO’s http://tso.ca/en-ca/Home.aspx 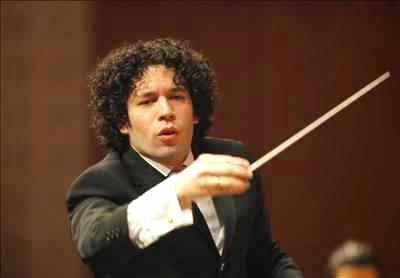 Venezuelan conductor Gustavo Dudamel is certainly one of the most colourful of young conductors. He and his El Sistema program that educate and empower young musicians in his native country has captivated the imagination of music lovers worldwide. I recall a few years ago the memorable appearance of Dudamel with his Venezuelan Youth Orchestra at the Four Seasons Centre. This conductor always brings energy and enthusiasm in his work. He and his Los Angeles Philharmonic is at Roy Thomson Hall on Wednesday March 19 for Tchaikovsky Symphony No. 5, paired with American composer John Corigliano’s Symphony No. 1, a piece that maybe unfamiliar to many concert goers. (Corigliano is of course the composer of the opera Ghosts of Versailles (1983) that made a huge splash at the Met twenty years ago.) You can watch this highly intriguing symphony on Youtube! https://www.youtube.com/watch?v=KskXS9euKQY This is an important event and not to be missed. http://www.roythomson.com/eventdetail/losangelesphilharmonic

For opera lovers, there are two excellent opportunities to see works not often staged – Cunning Little Vixen and Albert Herring.  The Janacek opera is presented by the vocal program of the Glenn Gould School, the professional arm of the Royal Conservatory of Music. The last time Cunning Little Vixen was staged locally, it was at the COC, with the gorgeous Maurice Sendak production borrowed from the late and lamented NYCO. It’s about time to be re-acquainted with this wonderful work. While considered a comedy, I find the story of love, life and nature poignant and its meaning profound, truly a sublime work to savour and enjoy.  Singers are students from the Glenn Gould School so the voices will be fresh and full of youthful enthusiasm. Uri Mayer conducts the Royal Conservatory Orchestra, also made up of students. Performances on Wednesday March 19 and Friday March 21 7:30 pm at Koerner Hall. It is sung in English with English surtitles. https://performance.rcmusic.ca/event/glenn-gould-school-opera-1314-1 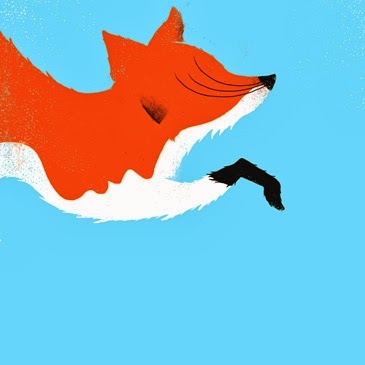 The University of Toronto Faculty of Music is presenting Britten’s Albert Herring, a truly delightful work well suited to young voices. Given last year was Britten’s centennial year, his works are getting a lot of exposure. In Canada alone, Albert Herring was presented by both Pacific Opera Victoria and Vancouver Opera. Interestingly, this Britten work was the first opera staged at the MacMillan Theatre when it opened in 1964, and this new production celebrates the 50th anniversary of its opening. Leslie Dala conducts the U of T Orchestra; Joel Ivany (of Against the Grain Music Theatre fame) directs and the set is designed by Camellia Koo. Four performances March 20 – 23.  I understand that on Sunday March 23 there will be special reunion of past students and faculty members from near and far, gathered at the Faculty of Music to remember this important 50th anniversary.  http://www.music.utoronto.ca/events/calendar.htm 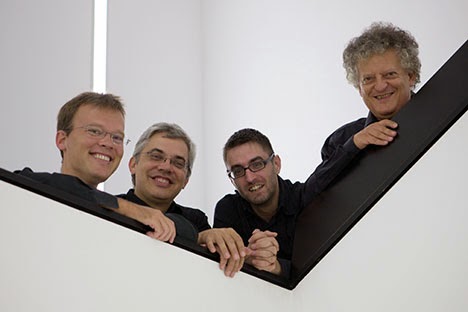 Voice Box (Opera in Concert) concludes its 2013-14 season with Verdi’s Stiffelio, a comparatively rare performed work that as far as I know has never been staged in Canada. I’ve only seen it once, many years ago with Sharon Sweet as Lina. It has some very beautiful music so this is a great opportunity to hear it locally. Former COC Ensemble Studio soprano Laura Albino is Lina, together with two excellent principals, tenor Ernesto Ramirez in the title role. Ramirez has quietly become one of best Canadian singers in the Italian bel canto repertoire, and Geoffrey Sirett is an equally fine young baritone fairly new on the opera scene. Raisa Nakhmanovich is the pianist and Robert Cooper directs the OIC chorus. Sunday March 23 2:30 pm at the Jane Mallett Theatre. http://www.operainconcert.com/Stiffelio.html 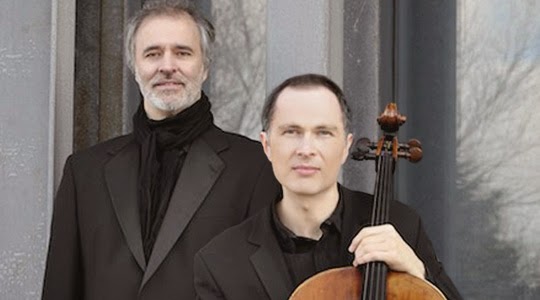 Yegor Dyachkov and Jean Saulnier (Photo: wmct)
Finally, the venerable Women’s Musical Club of Toronto is bringing back its 2000 Career Development Award winner, cellist Yegor Dyachkov, in recital with collaborative pianist Jean Saulnier, in a program of works by Beethoven, Britten, Shostakovich and Atonement, a new work by Canadian composer Christos Hatzis, a wmct commission. The recital is at its customary time and place of Thursday 1:30 pm at W
alter Hall, Edward Johnson Building. http://www.wmct.on.ca/concert-series/yegor-dyachkov-jean-saulnier/