You are at:Home»Uncategorized»This Week in Toronto (June 2 – 8)
Advertisement / Publicité

Soprano Sondra Radvanovsky (Photo: Pavel Antonov)
Mover over Edita Gruberova, Mariella Devia, and Alexandrina Pendatchanska (Alex Penda in her newest incarnation) – there’s a new star in the Italian bel canto repertoire, American-born Canadian soprano Sondra Radvanovsky. This was amply demonstrated in her recent debut as Elisabetta in Donizetti’s Roberto Devereux in seven sold out performances. In fact this is nothing new as Radvanovsky has been moving into this rep the last few seasons with tremendous success, including a phenomenal Norma that wowed critics and audiences. This week we get to hear something completely different from Radvanovsky – Richard Strauss’s sublimely autumnal cycle, the Four Last Songs. Radvanovsky does not sing a whole lot of German repertoire but with her power and brilliance at the top and to-die-for pianissimo, she is ideal in this song cycle. She is soloist with the Toronto Symphony Orchestra on Thursday June 5th and Saturday June 7th 8 pm at Roy Thomson Hall. TSO Music Director Peter Oundjian leads the forces in the Strauss as well as Ravel’s Daphnis et Chloe, and Overture to Don Giovanni.  Too bad the Strauss songs are all of 20 minutes, but hopefully Radvanovsky will sing an encore.  On Friday June 6th 7:30 pm, as part of the TSO Exposed: What Makes it Great? Series, conductor Rob Kapilow will dissect and lead the TSO in a performance of Aaron Copland’s iconic American piece, Appalachian Spring. http://tso.ca/en-ca/Home.aspx

TSO kicks off Luminato 2014 at Air Canada Centre with Music Mob
The TSO ends this very busy week with its first appearance in the Air Canada Centre, in a concert – well, as much a “happening” as a performance – called the Music Mob.  In this kick-off to Luminato 2014, musicians from the general public, from novice to experienced, will get to join members of the TSO under Oundjian to perform Ravel’s stirring Bolero.  I don’t know for sure, but my guess is that this is the first time the TSO has ever participated in anything like this in its history! Plus this is a free concert, so expect a huge turnout! The event is co-hosted by Oundjian and Luminato’s Jorn Weisbrodt, and it’s a project of Luminato’s Education and Outreach program. Here is a link to the event on the Luminato website and be sure to watch the video clip of Weisbrodt talking about this. http://luminatofestival.com/festival/2014/music-mob-2014 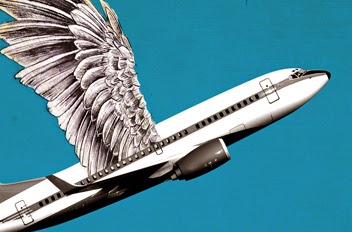 Soundstreams presents Brian Current’s opera Airline Icarus
A very intriguing event this week is the presentation of Canadian composer Brian Current‘s new opera, Airline Icarus, by Soundstreams. This group, under the artistic direction of Lawrence Cherney, is dedicated to presenting new Canadian works. Here’s a description of the work taken directly from the Soundstreams website –
“In evoking the story of Icarus, who flew with waxen wings only to plummet to his death after soaring too close to the sun, award-winning composer Brian Current and playwright Anton Piatogorsky impart a mythic dimension to the mundane experience of contemporary air travel. Set aboard a plane bound for Cleveland, their opera explores both the spiritual joy and the angst of flying as it invites us into the minds of passengers and crew, revealing their relationships and their inmost thoughts.”
The opera is directed by Tim Albery and stars mezzo Krisztina Szabo and baritone Alexander Dobson, sopranos Vania Chan and Jennifer Taverner, and baritone Geoffrey Sirett. It opens on June 3 8 pm at the Ada Slaight Hall of Daniels Spectrum, 585 Dundas Street East near Parliament. This area of Regent Park has undergone a remarkable transformation the last few years, and I for one am eager to experience this new performance venue. The June 3 opening will be followed by performances nightly until June 8th. For details go to http://www.soundstreams.ca/airline-icarus 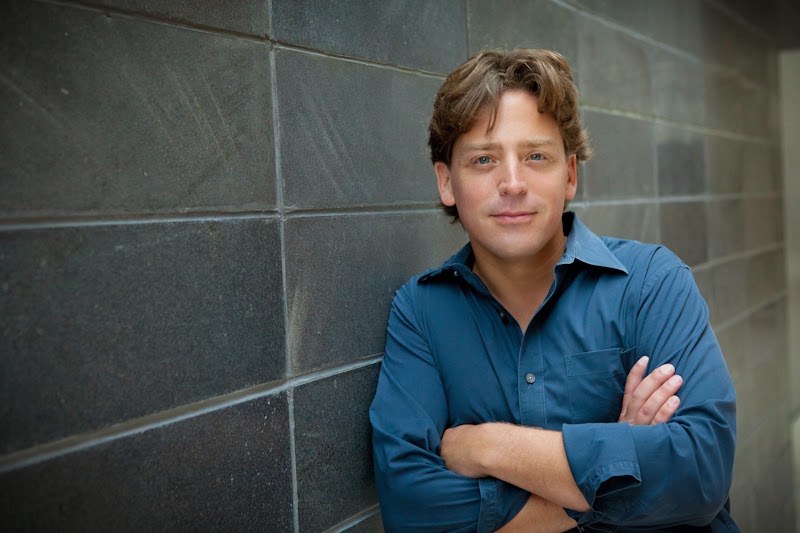 Canadian composer Brian Current (Photo: www.briancurrent.com)
With the Canadian Opera Company season having come to an end last week. its Free Concerts Series wraps up this week with a final performance, Brass Blowout, featuring the brass section of the COC Orchestra. Participating are Trumpets (Robert Weymouth, Andre Dubelsten, Luise Heyerhoff and Michael Fedyshyn); Horns (Joan Watson, Scott Wevers, Bardhyl Gjevori and Janet Anderson); Trombones (Charles Benaroya, Ian Cowie and Herbert Poole) and Tuba (Scott Irvine). Program consists of works by Britten, Gabrieli, Hindemith, Dukas and the orchestra’s own Scott Irvine.  Details at http://files.coc.ca/pdfs/concert-14-06-04.pdf  Be sure to show up an hour ahead to ensure a seat.
http://coc.ca/Home.aspx