You are at:Home»Classical Music»Vocal»Opera»This Week in Toronto (June 18 – 24)
Advertisement / Publicité 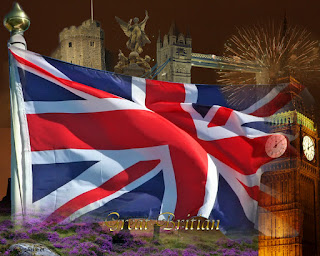 With summer just around the corner, we are in a transition period musically.  The regular season is now at an end, and the summer programs are just gearing up.  This marks the last week of the season of the Toronto Symphony Orchestra and true to tradition, it’s presenting its annual Last Night at the Proms.  British-Canadian conductor Bramwell Tovey leads the TSO forces in a calvacade of beloved British patriotic pieces the likes of Land of Hope and Glory, Pomp and Circumstance, Rule Britannia, and others.  Trumpeter Alison Balsom is the soloist in Carnival of Venice.  Also featured are two of Canada’s finest voices – soprano Laura Whalen and baritone James Westman.  We don’t get to hear these two artists in town very often, so this is a good opportunity to catch them in Toronto. Three performances at Roy Thomson Hall, one on Tuesday June 19 at 8 pm, repeated on Wednesday June 20 at 2 pm and again 8 pm.   The very last show of the 2011-12 TSO season takes place on Sunday June 24 3 pm, not at Roy Thomson Hall but at the acoustically wonderful if under-used George Weston Hall, Toronto Centre for the Arts, a short subway ride north on the Yonge line.  Bramwell Tovey conducts a mixed program with Mendelssohn’s tuneful Symphony No. 4 “Italian” as the centerpiece. Alison Balsom returns for the Concerto for Trumpet and Orchestra by Armenian composer Alexander Arutiunian, who passed away earlier this year. In keeping with the festive spirit, the third piece is Berlioz’s Roman Carnival Overture.   http://tso.ca/Home.aspx

Another interesting event for opera fans is Voices of Summer, a gala fund-raising concert of the Toronto Operetta Theatre, featuring works by Lehar, Sigmund Romberg, Gilbert and Sullivan, Bernstein, Kalman, and others. The cast includes sopranos Leslie Ann Bradley and Miriam Khalil, mezzo Gabrielle Prata, tenor Michael Barrett, baritones Robert Longo and Andrew Tees, under the direction of Guillermo Silva-Marin. The performance takes place in TOT’s regular venue, the Jane Mallett Theatre at 3 p.m., and there is a pre-concert reception at 2:30 pm and a silent auction to benefit the Company.
http://www.torontooperetta.com/ 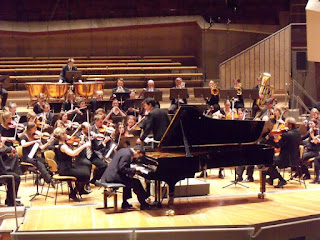 Canadian amateur pianist Ricker Choi is giving a recital, Music Heals, a Benefit Concert for the United Way, at the Glenn Gould Studio on June 23 at 7:30 pm. Choi is both a pianist and a full-time financial risk consultant. Piano aficionados sometimes turn their noses up at the word “amateur”, but I can honestly say that Mr. Choi can really play, and beautifully!  He was the second prize winner of the Berlin International Amateur Piano Competition, and recently he won both the third prize at the Paris International Competition for Outstanding Piano Amateurs and the grand prize of the competition sponsored by the Chinese Cultural Centre in Toronto. He studied with Boris Zarankin, and received his A.R.C.T. Piano Performance Diploma in just five years.  The program of this concert includes works by Liszt, Brahms and Bartok.  Join him on stage will be winners of the 2012 North York Music Festival grand prize winners. For more information about Ricker Choi, go to his website at www.rickerchoi.com

The TD Toronto Jazz Festival starts on June 22 and continues to July 1.  Unlike last year when the great Jessye Norman showed up to give a Koerner Hall Jazz concert, there aren’t any classical musicians participating this year that I’ve been able to find. But this is a major event of the summer and there are bound to be things of interest. For more details, go to http://torontojazz.com/