You are at:Home»Classical Music»This Week in Toronto (Jan. 4 – 10)
Advertisement / Publicité 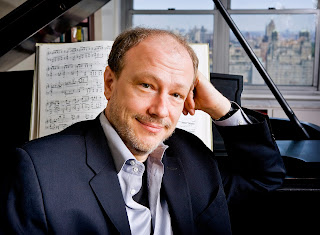 Canadian pianist Marc Andre Hamelin (Photo: Fran Kaufmann)
First of all, a very Happy New Year to all the readers of This Week in Toronto – may 2016 brings you plenty of what I call the 3 H’s –  Health, Happiness, and of course Heavenly Music!

This being the first full week of January, most music presenters are yet to gear up for the new year. The Toronto Symphony Orchestra is currently on a tour of Florida – how lovely! – and the Canadian Opera Company is in rehearsal for its first winter season production of Siegfried.  That said, there are a few events that have caught my eye.  Top on my list is the welcome return to Toronto of the great pianist Marc-Andre Hamelin, under the auspices of Music Toronto, on Tuesday 8 pm at its usual venue of Jane Mallett Theatre, St. Lawrence Centre. According to the Music Toronto website, this is the 10th time Mr. Hamelin has appeared with them, an enviable record.  Known for his incredible virtuosity as well as his musicality, for years Hamelin wowed audiences with his playing of Medtner, Godowsky, Sorabji, Alkan, and Kapustin, most if not all were pianist-composers, collectively and affectionately known as the Finger Breakers!  In recent years, Hamelin has returned to the more classical repertoire of Haydn, Mozart, and Schumann.  A Hamelin recital is a great way to bring in the new year. If you are not familiar with this artist, I found an awesome Japanese made documentary on Youtube that is worth watching –  https://www.youtube.com/watch?v=ORh0OCI_gZ4   (Sorry – Japanese subtitles only!) The program on Tuesday includes works by Mozart, Liszt and Schubert. http://music-toronto.com/piano/Hamelin.htm 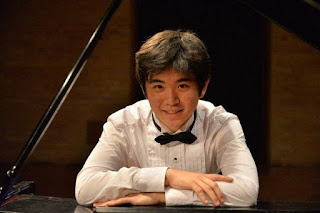 Li Delun Music Foundation is presenting its annual New Year’s Concert on Jan. 9 7:30 pm at the George Weston Recital Hall in North York. Named after Chinese conductor Li Delun (1917-2001), this non-profit organization aims to “promote classical music in various genres, supporting new music talents and encouraging residents of Chinese ethnic background to integrate into Canadian society.” This year’s concert features pianist Tony Yike Yang, who was the Fifth Prize Winner of the 2015 International Chopin Piano Competition that took place in Warsaw two months ago. He’ll be playing the Chopin Piano Concerto No. 1. Also on the program is the Sibelius Violin Concerto, with soloist Yuhe Li, winner of the 2015 Leopold Bellan Violin Competition in Paris. Pop singer Xiao Jiang will be on hand to sing a selection of Chinese folk songs. Huan Jing leads the Toronto Festival Orchestra. For details go to https://www.facebook.com/events/842594335837973/ 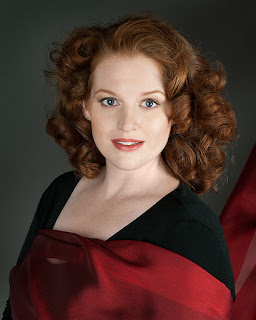 Soprano Virginia Hatfield (Photo: Shelagh Howard)
Talisker Players is an interesting chamber group based in Toronto, with their musicians in residence at Massey College, U of T. I think they are celebrating their 20th anniversary this season. Their repertoire is eclectic, with an emphasis on the works of living composers. This Sunday Jan. 10th 3:30 pm (followed by a second performance on Tuesday Jan. 12th) at Trinity St. Paul’s Centre, Talisker is presenting High Standards, a program of songs of the Big Band era and Broadway (Jerome Kern, Harold Arlen, Lerner and Lowe, Leonard Bernstein, Stephen Sondheim and others), featuring soprano Virginia Hatfield and baritone James Levesque. Both are classically trained singers, so it’ll be interesting to hear them in this repertoire. I’m a classical music fan above all, but I do like the American Songbook, so this concert really piqued my interest… http://www.taliskerplayers.ca/highstandards.html
Tafelmusik Winter Institute, a one-week intensive and specialized training academy for experienced baroque players, is presenting a free concert (free for youth, and Pay What You Can for adults), The Orchestra in Baroque Germany. No program details from the Tafelmusik website, but I am sure it’s made up of pieces the students have been working during the week-long institute. The venue is the Trinity St. Paul’s Centre. General admission (no ticket required) but I do advise getting there early. http://www.tafelmusik.org/concert-calendar/concert/orchestra-baroque-germany 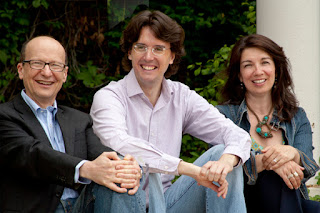 Syrinx Concerts Toronto (l. to r. James Campbell, Leo Erice, Leslie Fagan)
The ten-year old chamber group, Syrinx Concerts Toronto, is presenting a recital at its usual venue of Heliconian Hall in Yorkville on Sunday Jan. 10 at 3 pm. The Lyrical Trio is made up of clarinetist James Campbell, pianist Leo Erice and soprano Leslie Fagan. The program includes works by Schubert, Brahms, and Canadian pianist/composer Peter Teifenbach. A distinctive feature of Syrinx is its inclusion of at least one Canadian work in its program for every concert. For more information, go to http://syrinxconcerts.ca/upcoming-concert/