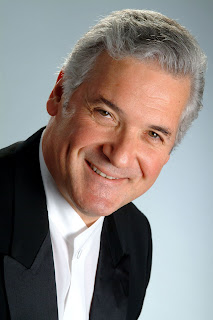 Violinist-conductor Pinchas Zukerman and the National Arts Centre Orchestra will be at Roy Thomson Hall this coming Saturday Feb. 5 to present Beethoven’s Symphony No. 2 and the Piano Concert No. 5 Op. 73, “Emperor” featuring pianist Jonathan Biss. There will also be a piece, In Memoriam Karol Szymanowski by Paul Koprowski. Concert is at 7:30 p.m., with a pre-show chat with Rick Philips in the lobby at 6:45 p.m. This is a Casual Concert, so there will be a party in the lobby afterwards with live music by Paisley Jura. Earlier in the day at 1:30 and 3:30 will be two Young People’s Concert conducted by Alain Trudel, playing excerpts from Vivaldi’s The Four Seasons and Bizet’s Carmen Suite. On Thursday Feb. 10 and Saturday Feb. 12 at 8 p, Russian conductor Andrey Boreyko makes a welcome return to the TSO. On the program are Hommage a Mozart by Ibert; Beethoven’s Piano Concerto No. 4 in G Major, Op. 58, and Tchaikovsky’s Manfred Symphony, Op. 58. For details and ticket information, go to
http://tso.ca/Home.aspx
The Canadian Opera Company‘s winter season is in full swing. It’s Magic Flute opened on Saturday Jan. 29 to fine reviews. I saw opening night and found it a light-hearted production perfect for curing the winter blahs. I particularly liked the whimsical costumes and animals. The commedia dell’arte approach also managed to keep it light. Performances continue on Feb. 1, 3, 6, 8, 12, with the Feb. 10 performance sung by rising soprano Simone Osborne as Pamina and Quebec tenor Frederic Antoun as Tamino. The COC’s second production, Nixon In China, opens this Saturday at 4:30 p.m. Chinese baritone Chen-ye Yuan sings Chou En Lai, a role he has performed in Chicago, St. Louis, and recently Vancouver. Veteran American baritone Robert Orth is Richard Nixon; English character tenor Adrian Thompson is Mao, and soprano Maria Kanyova is Pat Nixon. Canadian soprano Tracy Dahl was scheduled to be Madame Mao, but unfortunately she was forced to withdraw due to illness. If memory serves, this would have been Dahl’s return to the COC after an absence of almost 16 years. We last heard her as a scintillating Zerbinetta in Ariadne of Naxos in the 1995 season. She is replaced by soprano Marisol Montalvo. Rising Spanish conductor Pablo Heras-Casado conducts. For details and ticket information, go to http://coc.ca/Home.aspx
Interestingly, at exactly the same time as the COC Nixon is the Met’s. Toronto opera lovers will get a chance to hear and see it live on Met in HD on Saturday 1 p.m. on Feb. 12, in selected Cineplex cinemas. At the Met, the role of Chou En Lai is sung by Canadian baritone Russell Braun! Other singers are also familiar, include Janis Kelly (Rufus Wainwright’s Prima Donna) as Pat Nixon, Kathleen Kim (the fabulous Olympia at the recent Met Hoffmann) as Madame Mao, Robert Brubaker (our Peter Grimes from years back!) as Mao, and James Maddalena as Richard Nixon. The Met production has the benefit of having the composer John Adams at the podium. Opera audiences tend to be scared of contemporary operas, but John Adams’ music is highly accessible. I loved his Doctor Atomic and look forward to Nixon in China. For more information, go to http://www.cineplex.com/Events/MetOpera/Home.aspx
Virtuoso violinist Leonidas Kavakos is appearing at Koerner Hall, Royal Conservatory of Music on Saturday Feb. 5 at 8 p.m. in a program of Prokofiev and Beethoven Violin Sonatas, plus a work by Lera Auerbach. On Friday at 5 p.m., Kavakos is giving a free masterclass. On Sunday Feb. 6 at 2 p.m., the dynamic duo of Anagonoson & Kinton, together with TSO Principal Timpanist David Kent and Principal Percussionist John Rudolph will be giving a concert at Mazzoleni Hall. On the program is the rarely heard Bartok Sonata for 2 Pianos and Percussion. For ticket information, go to http://performance.rcmusic.ca/
The Off Centre Music Salon, known for its eclectic programming, is presenting the Urgo-Finnic and Spanish Salon on Sunday Feb. 6 2 p.m. at the Glenn Gould Studio. On the program are rather novel combinations of music by Bartok, Arvo Part, Kodaly, Sibelius, Albeniz, Granados and Rodrigo! Soloists are sopranos Joni Henson and Teiya Kasahara, baritone Olivier Laquerre, accordionist Joseph Macerollo and pianist Ricker Choi. The host is Julia Zarankin. Details at http://www.offcentremusic.com/concerts.html
For something a little different. The Toronto Sinfonietta is presenting a program to celebrate the Chinese New Year on Feb. 12 – never mind the Chinese New Year is actually on Feb. 3, as in Chinese culture, the festivities continues a full two weeks and then some! George Gao is playing a erhu concerto by Chinese composer An-lun Huang. For those not familiar with the erhu, this two string instrument produces an incredibly tone that tucks at the heart strings. The concert takes place at the Glenn Gould Studio on Feb. 12 at 8 p.m. For details, go to http://www.masseyhall.com/calendar
Finally, the Amici Ensemble, the recipient of a Juno nomination for their Armenian Chamber Music disc, is presenting a concert, From Vienna to Prague, on Sunday Feb. 13 3 p.m. On the program are works by Mozart, Martinu and Fibich. More information at http://amiciensemble.com/