My Toronto Concert Picks for the Week of Jan. 26 to Feb. 1

Die Walkure, the second production of the Canadian Opera Company‘s winter season opens this week.  It was the blockbuster show – Canada’s first staged Ring Cycle – that opened the Four Seasons Centre way back in August of 2006.  Sadly there won’t be a Rheingold this time around, and it’s spread over three seasons. On the plus side, we have American soprano Christine Goerke in her first Brunnhilde, even before she sings it for Houston this coming May and at the Met next year – I mean, how cool is that! I first heard Goerke way back in the summer of 1998 in Glimmerglass, in the title role of Gluck’s Iphigenie en Tauride.  At the time, I would not have guessed in a million years that she would be singing Brunnhilde 16 and a half years later!  The COC cast is terrific, with German baritone Johan Reuter as Wotan. Saw him in Munich a couple of years ago and then again as Barak at the Met and I was looking forward to his Sachs at the Met last December, but it was not to be. It’s great we’ll get to hear his Wotan here. American Clifton Forbis returns to reprise his Siegmund, and American soprano Heidi Melton is Sieglinde in her COC debut. This is an absolute must-see for Wagner fans. For anyone new to Wagner, Die Walkure is one of the most melodic and accessible of his operas. Opening night is Saturday Jan. 31 7 pm at the Four Seasons Centre. Six more performances to follow until Feb. 22. 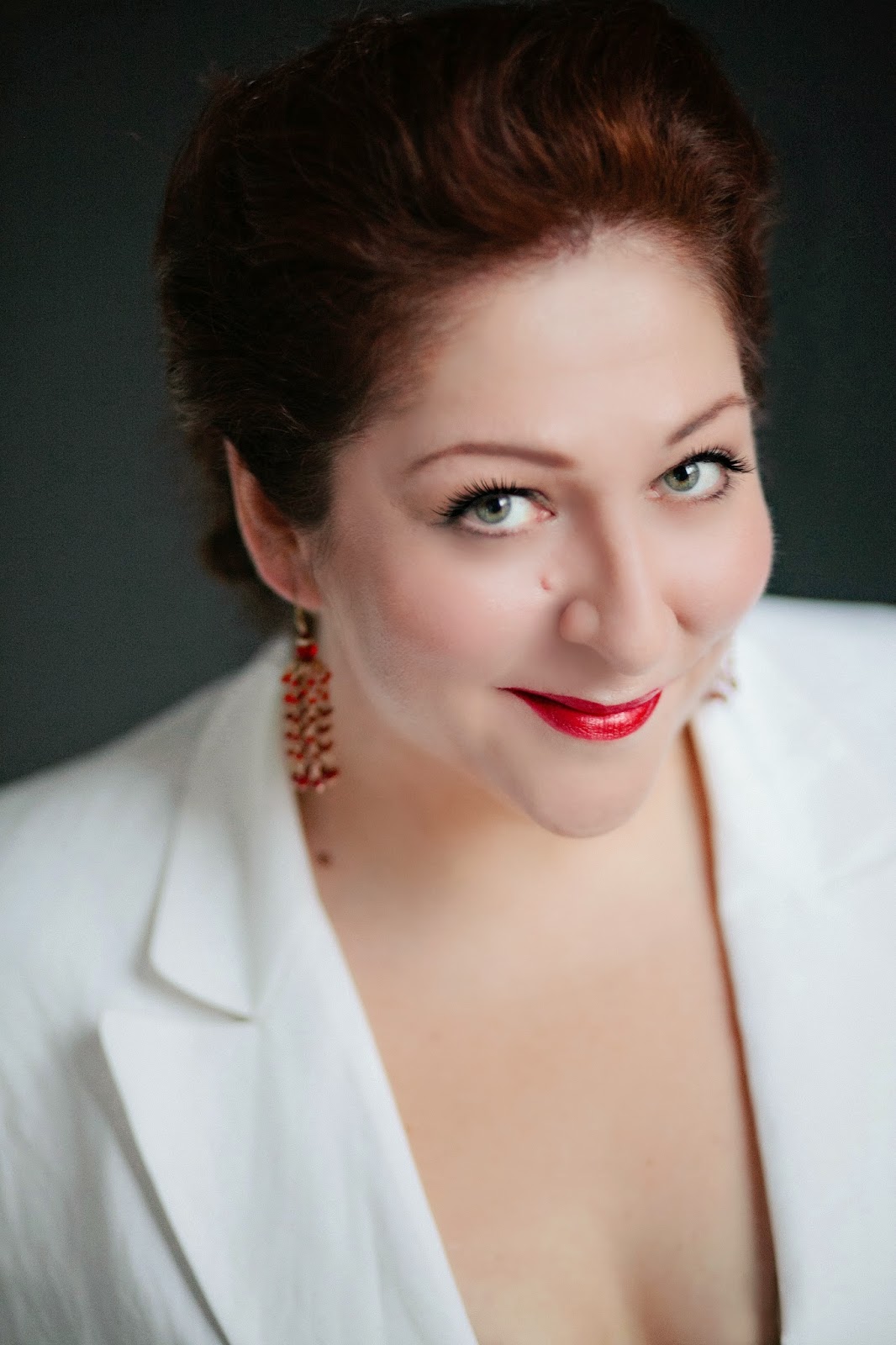 Soprano Christine Goerke (Photo: Arielle Doneson)
Meanwhile, Don Giovanni opened last Saturday. I was in the audience and it was a grand night of singing, with Russell Braun a totally committed Don Giovanni. Soprano Jane Archibald had a triumph in her first ever Donna Anna – her coloratura in Non mi dir was perfect. I was very impressed with Kyle Ketelson‘s Leporello, his signature role. Michael Schade, who has sung the heavier Tito and Idomeneo, returns to the more lyrical Ottavio, his head voice was heard to advantage in Dalla sua pace. Jennifer Holloway‘s high mezzo I heard years ago in Santa Fe as the Prince in Cendrillon, early in her career at the time. Her Elvira was poignant and intense. And it was good to hear bass-baritone Zachary Nelson again after his terrific Escamillo in Semperoper Dresden last November. The production by Dmitri Tcherniakov is not to everyone’s taste, but do go and decide for yourself. Performances this week on Jan. 27, 30 and Feb. 1. http://www.coc.ca/Home.aspx 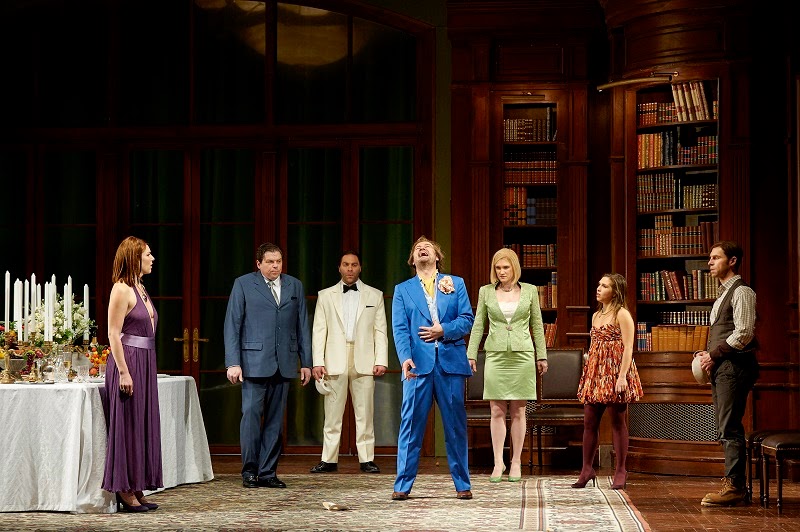 COC Don Giovanni (l. to r.) Jennifer Holloway, Michael Schade, Zachary Nelson, Russell Braun, Jane Archibald, Sasha Djihanian, Kyle Ketelson (Photo: Michael Cooper)
One other interesting event at the opera house is the noon hour concert of a Celebration of Canadian Songs on Jan. 27, featuring the works of Clermont Pepin, Godfrey Rideout, Andre Prevost, and Marjan Mozetich, sung by sopranos Nathalie Paulin and Joni Henson, and mezzo Allyson McHardy. Pianists are Adam Sherkin and Robert Kortgaard. This is part of the Canadian Art Song Project spearheaded by tenor Lawrence Wiliford and pianist Steven Philcox.  Recital at the Richard Bradshaw Amphitheatre of the Four Seasons Centre. Be sure to show up an hour ahead to secure a spot.  Program details at http://files.coc.ca/pdfs/concert150127.pdf 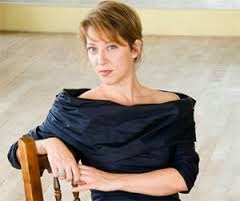 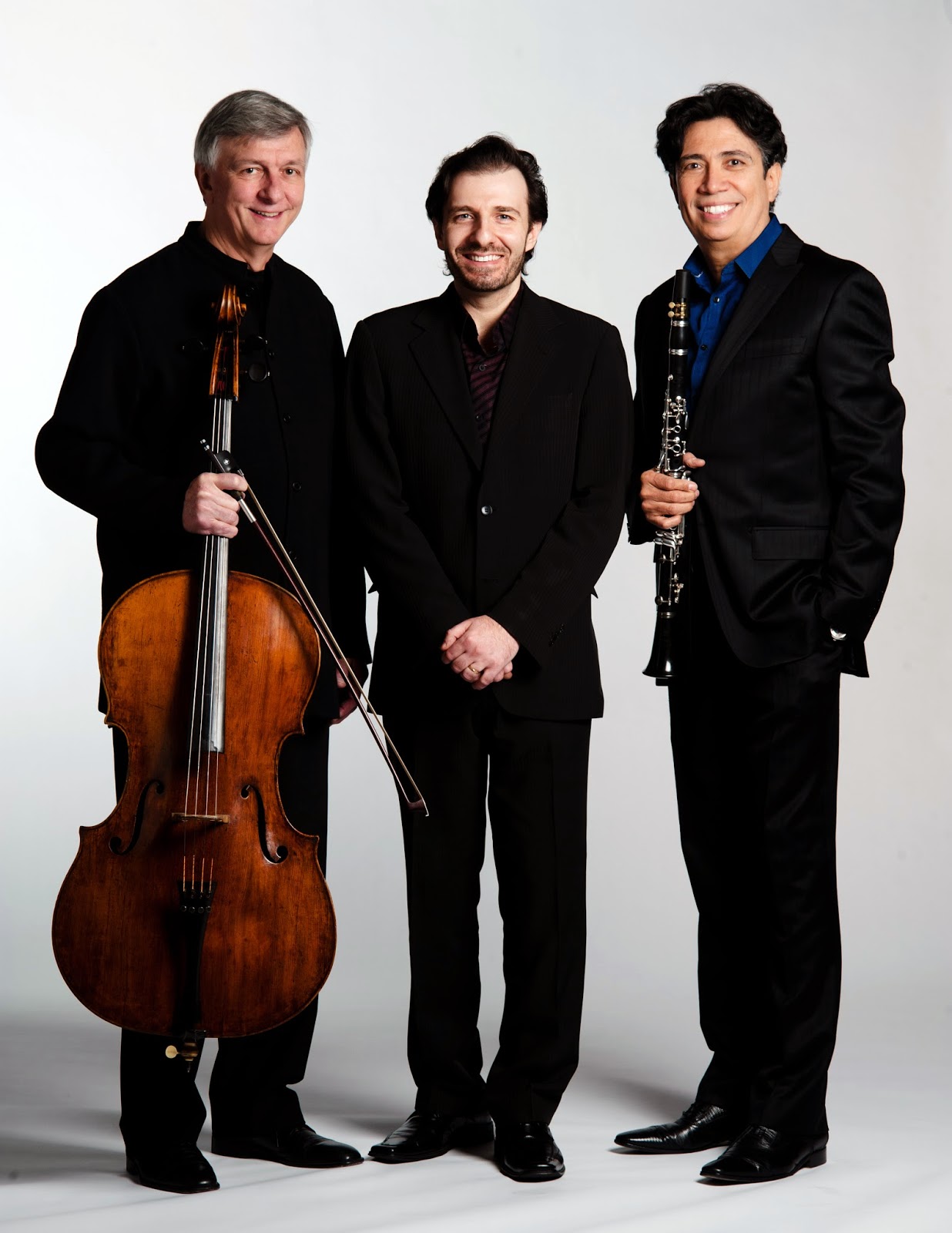 Amici Chamber Ensemble
As the name suggests, Opera In Concert, also known as Voicebox, specializes in presenting operas in concert or occasionally semi-staged form. Perhaps more importantly is its focus on rarities that audiences are unlikely to see on our opera stages. On Feb. 1 2:30 pm at the Jane Mallett Theatre, Opera In Concert is presenting Kurt Weill’s Street Scene. A work from his American period, it makes for compelling drama and rewarding vocally for the principals.  I’ve only seen this staged once, I think in the 90’s with Catherine Malfitano as Anna Maurrant. Memory is fuzzy now but I think it was at the Chicago Lyric. Perhaps Street Scene isn’t Weill at his very best but it’s still a lovely work, with a large cast, well worth seeing with the right singers. OIC has a fine cast with sopranos Monica Whicher and Jennifer Taverner, and tenor Colin Ainsworth.     http://www.operainconcert.com/Street_syn.html 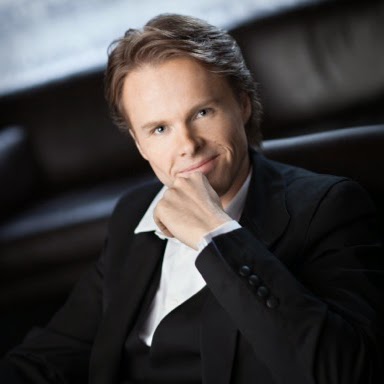