The long awaited Canadian Opera Company‘s winter season opens this week with Mozart’s Cosi fan tutte.  This new production is directed by Canadian filmmaker and opera director Atom Egoyan, whose COC operatic credits include part of the Ring cycle and the recently revived Salome. I attended a working rehearsal last weekend and was thoroughly intrigued by the new staging. The voices and acting are really good.  Look forward to the opening on Saturday Jan. 18 at 7:30 pm. It stars up and coming Canadians soprano Layla Claire (Fiordiligi) and mezzo Wallis Giunta (Dorabella), as well as veteran soprano Tracy Dahl (Despina) and bass-baritone Robert Gleadow (Guglielmo). British bass-baritone Sir Thomas Allen returns as Don Alfonso and rising American tenor Paul Appleby is Ferrando. In cast you missed it, there was a very moving article by Richard Ouzounian on the Winnipeg native Dahl. She was diagnosed with breast cancer just prior to her engagement as Madame Mao three years ago, which she had to cancel. It’s great to have her back. COC Music Director Johannes Debus is at the helm. If you are a Mozart and/or an Egoyan fan, this is a show not to be missed. I will have more to say after opening night.  Incidentally, I will attend the COC 2014-15 season announcement this Wednesday. The COC usually keeps these things well under wrap until the actual announcement, but it has leaked out that the new co-production (with the Met no less!) of Falstaff is coming next season, starring the great Canadian baritone Gerald Finley in the title role, and Quebec contralto Marie-Nicole Lemieux as Quickly.  This is bound to be a highlight of next season.    http://www.coc.ca/

The January [email protected] celebrations continues at the Toronto Symphony Orchestra, with his Coronation Mass as a centerpiece. Peter Oundjian leads an excellent quartet of soloists, soprano Leslie Ann Bradley, mezzo Lauren Segal, tenor Lawrence Wiliford and bass-baritone Gordon Bintner and the Amadeus Choir in two performances (Jan. 15 and 16 8 pm at Roy Thomson Hall.)  The exquisite Laudate Dominum is also on the program, to be sung by Bradley. To top it off, violinist Hilary Hahn is playing the Violin Concerto No. 5 K.219.  This is a great program!
On January 18 is Once Upon a Time, a concert of “fairy-tale music” composed by Prokofiev, Ravel, Copland, Stravinsksy and Mendelssohn.  Rob Kapilow leads the TSO forces, augmented by the PickleShoes Dance Company from New York.  Two performances, Saturday at 1:30 and 3:30 pm.  http://tso.ca/en-ca/Home.aspx 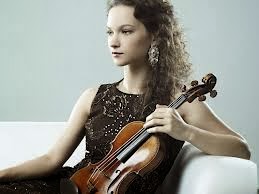 Violinist Hilary Hahn
Violinist Barry Shiffman is appearing in Barry Shiffman and Friends, in an afternoon of music-making at the Mazzoleni Hall in the Royal Conservatory of Music on Sunday Jan. 19 at 2 pm. The program includes works by Brahms and Schumann. Music fans may be more familiar with mezzo Julie Nesrallah for her work at CBC Radio Two, but she is going to be front and center in Brahms’ Zwei Gesange. Also appearing are cellist Desmond Hoebig, violinist Benjamin Bowman, and pianist Peter Longworth. http://performance.rcmusic.ca/event/barry-shiffman-friends-1314 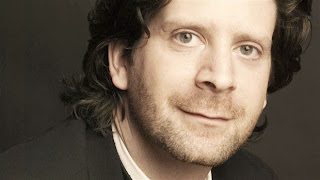