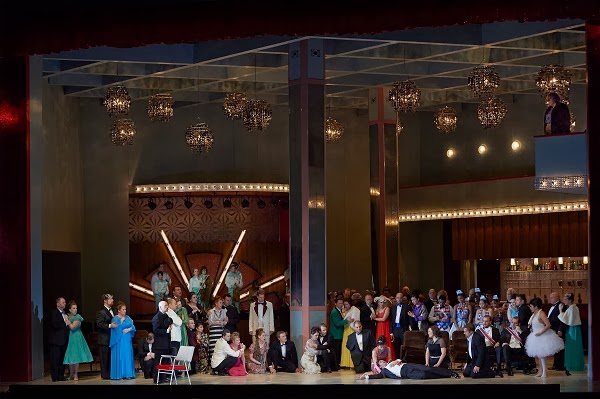 COC’s Un ballo in maschera (Act 3) (Photo: Michael Cooper)
I attended the opener and found the musical values to be extremely high, with all principals in great voice and the orchestra in top form. The production has time-shifted to the American South during the Kennedy era, which in itself is not an issue.  After all, Verdi himself changed the location several times due to political considerations, and it is clear that he intended to set the opera roughly at the time of its composition. However, the limitations imposed on staging by the immovable single unit set used for all three acts proved problematic. My full review of the Ballo and Cosi fan tutte will appear in a future issue of the London, UK based Opera magazine. Performances of Ballo this week are on Feb. 5 and 8, while Cosi continues on Feb. 6 and 9, with a special performance featuring artists from the COC Ensemble Studio on Friday Feb. 7. This is a great opportunity to hear the fine voices in the Ensemble. All performances at the Four Seasons Centre. http://coc.ca/Home.aspx 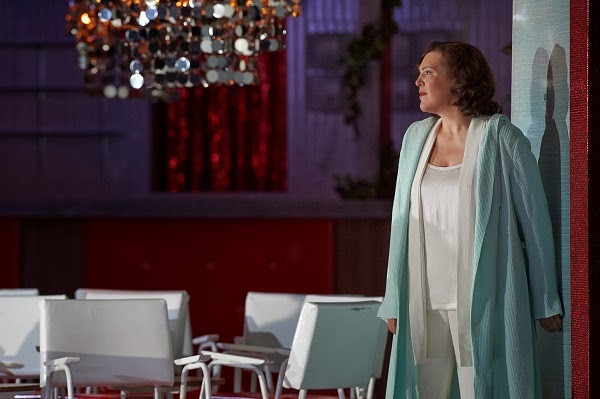 Soprano Adrianne Pieczonka as Amelia (Photo: Michael Cooper)
Soprano Tracy Dahl, the deliciously droll maid Despina in the current run of Cosi fan tutte, is giving a noon hour recital, Songs from the Heart, at the Richard Bradshaw Amphitheatre on Feb. 4. Liz Upchurch is the collaborative pianist. The program features songs by Purcell, Debussy and Strauss, plus contemporary American composer Lee Hoiby and Canadian composer John Greer.  Program details can be viewed by clicking  http://files.coc.ca/pdfs/concert140204.pdf  Be sure to line up an hour ahead to ensure a seat.  Dahl is also giving a masterclass to voice students at the University of Toronto Faculty of Music on Friday Feb. 7 2 – 4:30 pm in the Geiger-Torel Room, Edward Johnson Building on campus. This is under the auspices of the Riki Turovsky Masterclass for Voice. For details, go to http://www.music.utoronto.ca/home.htm 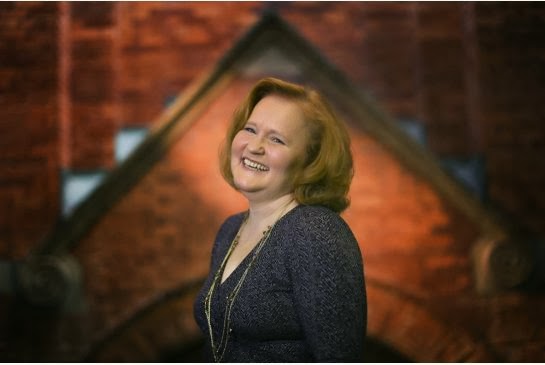 Soprano Tracy Dahl (Photo: Richard Lautens/Toronto Star)
Given the large ethnic Chinese population (reputedly to be over one million) in the GTA, Toronto Symphony Orchestra has been gearing its programming, and customer service, to this community for some years now. On Monday Feb. 3 7 pm, it is putting on a Chinese New Year Celebration with works by Tchaikovsky, Rachmaninoff and Dvorak, as well as a slate of Chinese composers including Tan Dun. Conductor Long Yu leads the Toronto Symphony Orchestra and pianist Yuja Wang is among the soloists. This is sure to be an extremely well attended gala event. On Saturday Feb. 8 7:30 pm, the Toronto Symphony Youth Orchestra under the baton of Shalom Bard is performing works by Brahms, Dvorak, and Jeffrey Ryan.   http://tso.ca/en-ca/Home.aspx 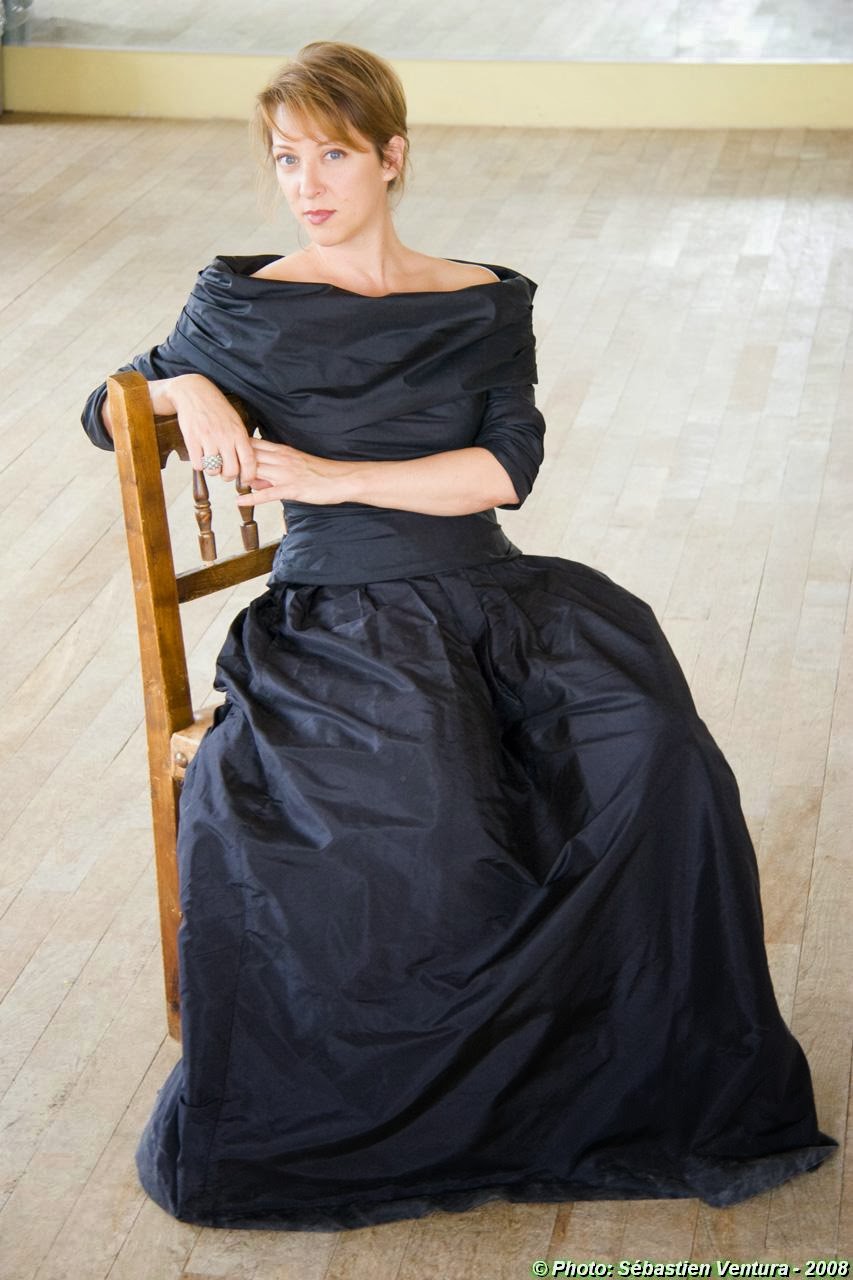 Soprano Nathalie Paulin
Recitals at Rosedale, a new initiative in the presentation of art songs and arias, is presenting its third concert in its inaugural season, Love…Actually on Sunday Feb. 9 2:30 pm at the Rosedale Presbyterian Church. Soloists are soprano Nathalie Paulin, mezzo Lauren Segal, tenor Zachary Finklestein, and baritone Anthony Cleverton. This new concert series is the brainchild of pianist/coach Rachel Andrist and composer John Greer.  According to the information on the Rosedale Church website, the first half of the program consists of love songs from Beethoven, Bachelet and Quilter and the Schumann Spanisches Liederspiel opus 74. The second half takes a journey through the stages of grief with songs by Faure, Duparc, Liszt, Bolcom and Sondheim. This is a prelude to Valentines Day to come the following week.  http://www.rpcc.ca/130-loveactually.htm