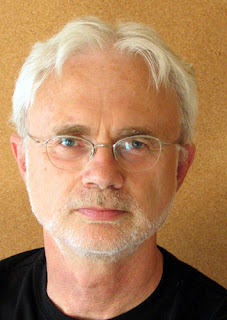 This week marks the opening of the annual New Creations Festival at the Toronto Symphony Orchestra. There will be three concerts from March 2 to 10 at the TSO featuring works by Gary Kulesha, Vincent Ho, Mason Bates, Jennifer Higdon, R. Murray Schafer and John Adams. Kicking off the festival this Wednesday are two works by John Adams, the first of which is Harmonielehre, or German for “study in harmony.” It is also the title of a book by Arnold Schoenberg. As the title suggests, this piece is an intricate interplay of Adams’ minimalism with Schoenberg’s atonality. Unlike the typical minimalism of Philip Glass, you’ll notice in Adams the repetitions have more variations in rhythms and tempi, a trademark of what Adams calls ‘post-minimalism.’ There is a recording of this with conductor Sir Simon Rattle on the EMI label. You can experience it on Youtube at http://www.youtube.com/watch?v=AUiv0jJl9zU The second Adams work has the intriguing title Short Ride in a Fast Machine. Commissioned by the Pittsburgh Symphony for the Great Woods Festival in 1986, it is one of the most frequently performed piece by Adams. Interestingly, performance of this work was pulled twice, once at the time of Princess Diana’s fatal car crash, and then again during 9/11, simply because the title was considered ‘inappropriate.’ Go to http://www.youtube.com/watch?v=Pi4A9bPDvTc for a hearing. You will notice with its pulsating rhythms a certain stylistic affinity with Harmonielehre, given that both are from the same period. Also on the Wednesday program is The Shaman, a piece by Vincent Ho for percussion and orchestra, performed by the best known percussionist of our generation, Dame Evelyn Glennie. There’ll be an intermission feature when Canadian composer Gary Kulesha chats with both Adams and Ho.
Earlier on Wednesday, a free noon-hour concert will take place at the Richard Bradshaw Amphitheatre at the Four Seasons Centre. Former Canadian Opera Company Ensemble Studio artists soprano Betty Allison and baritone Peter McGillivray will sing selections from Adams’ vocal music, including pieces for Doctor Atomic, Death of Klinghoffer, Nixon in China, and Flowering Tree. Unfortunately there is no pdf file of the program. I hope McGillivray will sing ‘Batter My Heart’, a truly stunning aria from Doctor Atomic. Adams will be there to introduce and discuss the piece – an event not to be missed! Be sure to line up at least one hour ahead to ensure a seat.
On Thursday March 3 at 7:30 pm, John Adams will give the Geiger Torel Lecture at Walter Hall, Faculty of Music, University of Toronto. For more information, call 416.978.3744. On Saturday March 5 at 7:30 pm, the TSO presents Electonica Meets Orchestra. The centerpiece will be City Noir, a TSO co-commission and Canadian premiere of Adams’ newest work. According to the publicity material, this piece “evokes the moody, late-night streets of post-WWII Los Angeles.’ Also on the program are Torque by Gary Kulesha and Liquid Interface by Mason Bates.
On the orchestral scene, the other major event this week is the appearance of the Wiener Philharmoniker with Semyon Bychkov conducting. The magnificent, opulent sound of this orchestra is truly phenomenal, once heard never forgotten. On the program are Schubert Symphony No. 2, Wagner’s Prelude and Liebestod, and Bartok’s The Miraculous Mandarin. The concert is on Sunday March 6, 2 pm. For more information, go to http://www.masseyhall.com/eventdetail?eventId=537 This fabulous concert unfortunately coincides exactly with the equally fabulous Aldeburgh Connection. On offer is an intriguing recital focusing on Isabella Stewart Gardner, a New England society matron and supporter of the arts. This recital features soprano Nathalie Paulin and mezzo Krisztina Szabo with Stephen Ralls and Bruce Ubukata at the piano. This is going to be a very hard choice! Orchestra fans will go to the fabled Wiener Philharmoniker, which I have heard quite a number of times in Vienna in the 1980s and 90s. But Aldeburgh Connection has a very loyal following, and they are sure to forgo the Vienna Philharmonic to attend this concert. Details at http://www.aldeburghconnection.org/sundayconcerts.html#gardner
The sensational violinist Hilary Hahn makes a return visit to Toronto, this time with pianist Valentina Lisitsa at the RCM’s Koerner Hall on March 1, 8 pm. On the program are pieces by Bach, Beethoven, Ives, Fritz Kreisler and George Antheil. Details and tickets at http://www.rcmusic.ca/ContentPage.aspx?name=home
Tafelmusik presents the Galileo Project: Music of the Spheres. This innovative program features works by Bach, Telemann, Rameau, Handel, Purcell, Vivaldi and Monteverdi. Performances on Mar. 2, 3, 4, 5, and 6 at the St. Paul-Trinity Centre. For details, go to http://www.tafelmusik.org/concerts/concert_Galileo.htm
Since its opening in 1960, the O’Keefe Centre was renamed the Hummingbird Centre in 1996. In September 2007, Sony bought the property and it became the Sony Centre. It soon closed for major renovations in June 2008 and reopened in October of 2010. The appearance of Mariinsky Ballet’s Swan Lake March 1 to 6 will mark the first major classical music event since its reopening. Anyone curious about the changes to the theatre should not miss this opportunity to check it out. Performances daily plus a matinee on Saturday March 5. For details, go to http://www.sonycentre.ca/Events/Event-Detail.aspx?evtID=75