You are at:Home»Classical Music»Vocal»Opera»This Week in Toronto (Feb. 20 – 26)
Advertisement / Publicité 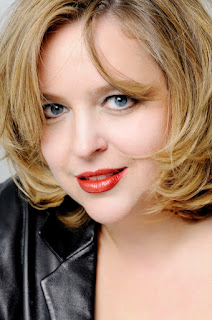 Quebec soprano Karina Gauvin brings her exquisite voice to the Toronto Symphony Orchestra this week, in a highly unusual repertoire (for her) – Les Illuminations for Voice and String Orchestra. Guest conductor Jean-Marie Zeitouni is at the helm. Also on the program is Brahms Symphony No. 4 and Pelleas et Melisande by Faure. Two performances, Wed. Feb. 22 and Thurs. Feb. 23 at 8 p.m. at Roy Thomson Hall. http://tso.ca/Home.aspx
The winter season of the Canadian Opera Company is winding down this week, but it’s not too late! The one remaining performance of Love From Afar is on Wednesday Feb. 22, while there are three more performances of Tosca this week, all with the excellent Brandon Jovanovich as Caravadossi. This tenor is in such demand that in between performances here at the COC, he went to Deutsche Oper Berlin for several performances of Don Jose! Now he’s back so catch him if you can. The Tosca is American soprano Julie Makerov a frequent guest of the Company. http://www.coc.ca/Home.aspx
Soprano and Saskatchewan native Ileana Montalbetti is give a farewell recital at the Richard Bradshaw Amphitheatre on Thurs. Feb. 23 at noon. She is finishing an unprecendented fourth year as a member of the COC Ensemble, the longest tenure of any singer in the history of the Ensemble. Montalbetti has the voice that in Germany is classified as a Jugenlische Dramatischer, a youthful dramatic soprano that is suitable in the lighter Wagnerian roles such as Elsa, Eva, Freia, Gutrune, Elisabeth, as well as Strauss roles such as Arabella, Chrysothemis, Kaiserin, and maybe Ariadne, Farberin and the Marschallin as the singer matures. Montalbetti’s big voice was impressive as Elettra in a mainstage performances of Idomeneo two years ago. In her farewell concert, in addition to songs by Britten and Strauss, she is singing Eva’s short aria, ‘O Sachs, mein Freund’, and the longer, very gorgeous ‘Das war sehr Gut, Mandryka’ at the end Arabella. This is a good chance to catch this singer one more time. Here is the link to her program http://files.coc.ca/pdfs/concert120223.pdf Rachel Andrist is the pianist. Be sure to show up at least 45 minutes in advance for a seat.
Russian violinist/conductor Vladimir Spivakov and pianist Olga Kern are embarking on their first North American tour as a duo with a stop at Toronto’s Koerner Hall. They are of course no strangers to Toronto audiences, so it’s good to have them back. (I just interviewed Kern for an article which you can read here: http://blog.scena.org/2012/02/olga-kern-celebrating-music.html ) In addition to the Koerner Hall duo recital, Kern is also giving a masterclass at the Robert Lowrey Piano Experts’ European Gallery. Details at http://pianoexperts.com/ The recital is presented by Show One Productions http://www.showoneproductions.ca/ Ticket information at http://performance.rcmusic.ca/
Opera York is presenting Johann Strauss’ ever-popular Die Fledermaus. Belgian-based Canadian baritone Matthew Zadow is Eisenstein. Other members of the cast are Ilona Karan (Rosalinda), Anna Bateman (Adele), Ryan Harper (Alfred) and Luisa Cowie (Orlovsky) Geoffrey Butler conducts. http://www.operayork.com/index.html
Other opera activities include Toronto Opera Repertoire‘s continuation with their spring productions of Lucia di Lammermoor and Merry Widow http://www.toronto-opera.com/ The Toronto Operetta Theatre is presenting the world premiere of Taptoo! a Canadian work by John Beckwith and James Reaney. http://www.torontooperetta.com/index.htm
Tafelmusik Baroque Orchestra is putting on Virtuoso Vivaldi under the direction of Jeanne Lamon, on Feb. 21 (George Weston Hall), 23, 24, and 25 8 p.m. at the Trinity St. Paul’s Centre. Guest artist is Dutch recorder virtuoso Marion Verbruggen. http://www.tafelmusik.org/