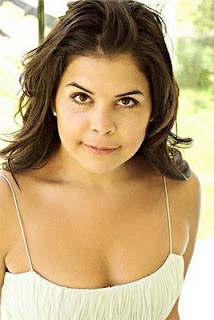 An opera singer who has attracted a lot of attention lately is soprano Simone Osborne. A native of BC, Osborne scored a major triumph as one of the winners of the 2008 Metropolitan Opera National Council Auditions. If memory serves, she was all of 22 at the time, one of the youngest to have won in the history of the Met Auditions. At the time, I interviewed her for an article in The Music Scene, and she came across as smart, articulate, and thorough delightful, oozing ‘star quality’ as they say. She has since joined the Canadian Opera Company Ensemble Studio and has received major assignments. One of the most important assignments in her budding career is as the alternate Pamina in the current COC production of The Magic Flute. A recent CBC interview of her can be found at http://www.cbc.ca/arts/theatre/story/2011/01/28/simone-osborne.html Of the run of twelve performances, she is the Pamina on Feb. 10, 20, 23, 25. Partnering her as Tamino is Quebec tenor Frederic Antoun. Meanwhile, performances with first cast principals Isabel Bayrakdarian (Pamina) and Michael Schade (Tamino) continueon Feb. 16 and 18. There will be a special performance featuring artists of the COC Ensemble Studio on Feb. 17, Tamino will be the promising tenor Christopher Enns; Adrian Kramer is Papageno and Ambur Braid Queen of the Night. This is the ideal opportunity to hear the voices of tomorrow. The other show in the COC winter season, Nixon In China, continues on Saturday Feb. 19 at 7:30 p.m. This production from Opera Theatre of St. Louis has received uniform raves and is not to be missed. The cast is made up of some of the most impressive singing actors of our time. On Monday Feb. 14 Valentine’s Day, Canadian bass Robert Gleadow gives a noon hour free concert at the Richard Bradshaw Amphitheatre, with Sandra Horst at the piano, in an intriguing program exploring “the roles of masters and servants.” The selections are mostly Handel, Mozart and Schubert chestnuts, plus two numbers from South Pacific and Ol’ Man River from Show Boat. Gleadow’s sonorous bass will be superb in this! Remember to line up an hour early for a seat. For details of both shows, go to http://coc.ca/Home.aspx
The Toronto Opera Repertoire, a community and school-based organization that has been in existence for 44 years under artistic director Giuseppe Macina, offers opportunities to professionals, gifted amateurs and students to perform roles in the standard repertoire with piano accompaniment. A number of Canadian opera singers performed with the TOR in the earliest days of their careers, including Wagnerian tenor Paul Frey! TOR is currently presenting the ever-popular Madama Butterfly in six performances at the Bickford Centre (Feb. 16, 19, 25, 27, Mar. 2 and 5). Details at http://www.toronto-opera.com/
At the Toronto Symphony Orchestra, Estonian conductor Eri Klas and Israeli violinist Vadim Gluzman join forces in an evening of Brahms and Dvorak. Gluzman plays the Brahms Violin Concerto in D Major Op. 77, paired with the Dvorak Symphony No. 8 in G Op. 88. The opening piece is Estonian Arvo Part’s Collage sur Bach. Two performances on Wednesday Feb. 16 at 8 p.m. and Saturday Feb. 19 at 8 p.m. Details at http://tso.ca/Home.aspx
The Roy Thomson Hall Vocal Series presents American soprano Nicole Cabell in a return visit to Toronto. Ms. Cabell burst onto the scene after winning the Cardiff Competition Singer of the World, one of the most prestigious music competitions. She has since appeared in many important opera houses and venues. I saw her Musetta in Santa Fe about four years ago – lovely voice and an arresting stage presence. About her RTH concert, I haven’t been able to find program details. Spencer Myer is her pianist. The recital is on Friday Feb. 18 at 8 p.m.