You are at:Home»Classical Music»This Week in Toronto (December 7 – 13)
Advertisement / Publicité 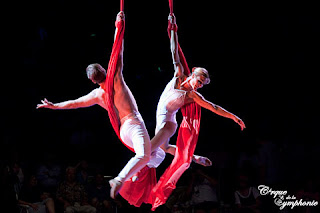 December is that time of year when Holiday programming dominates the concert calendar. There are plenty to choose from, whether you fancy large scale shows the likes of the Toronto Symphony Orchestra or the more intimate venues like your local church just around the corner.  As usual, my choices are not meant to be comprehensive but they represent my own personal, “voice-centric” and perhaps idiosyncratic tastes. The TSO is presenting a kids-friendly show this week. The big draw is the appearance of Cirque de la Symphonie with their acrobatic feats. TSO’s pops conductor Steven Reineke is at the helm. The choral forces are supplied by the Etobicoke School of the Arts Holiday Chorus. Three shows, on Tuesday Dec. 9 at 8 pm, and Wednesday Dec. 10 at 2 and 8 pm at Roy Thomson Hall. http://tso.ca/en-ca/concerts-and-tickets/2015-2016-Season/EventDetails/Cirque-de-la-Symphonie-Holiday-Hits.aspx   More information about Cirque de la Symphonie can be found on their website http://www.cirquedelasymphonie.com/

Note: The Cirque de la Symphonie is presenting a second event, A Christmas Circus, on Sunday Dec. 13 at Roy Thomson Hall. But this is listed as Sold Out. http://tso.ca/en-ca/concerts-and-tickets/2015-2016-Season/EventDetails/A-Christmas-Circus.aspx 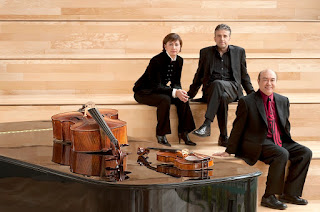 Gryphon Trio (Photo: John Beebe)
Since its founding in 1993, the Gryphon Trio has been a Toronto fixture and a vital force in chamber music scene in our city. The three members are violinist Annalee Patipatanakoon, cellist Roman Borys, and pianist James Parker. The Trio is giving a recital at Jane Mallett Theatre, St. Lawrence Centre, under the auspices of Music Toronto, on Thursday Dec. 10 8 pm. On the program are works by Beethoven, Vincent Ho and Arno Babajanian. http://music-toronto.com/quartets/Gryphon.htm 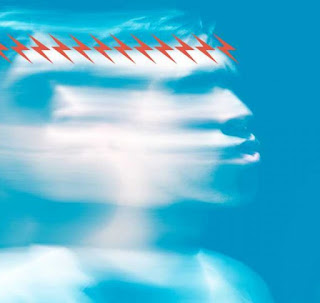 Electric Messiah (Photo: www.soundstreams.ca)
If you are musically adventurous, check out Electric Messiah presented by Soundstreams, the premiere New Music organization in Toronto. This show is part of Soundstreams’ Ear Candy series, billed as a “stripped down, surround sound electro-improv Messiah for today’s Toronto.”  I confess I’m more of the old guard, used to having my Messiahs performed in a symphony hall or a church. The venue for this show is at the Drake Hotel, in the trendy Queen Street West district between Ossington and Dufferin, west of downtown Toronto.  The four soloists are not listed in their typical voice categories of soprano, tenor etc., but as providing the “vocals.” They are accompanied by guitar and electronics, and the show aims “to explore a selection of the work’s most popular movements through the lens of their own unique styles and cultural backgrounds.”  I imagine this is semi-staged – the curator is Kyle Brenders, dramaturg Ashlie Corcoran and lighting designer Patrick Lavender. Performances on Dec. 7 and 8 at 8 pm. For more information, go to http://www.soundstreams.ca/performances/ear-candy/electric-messiah/ 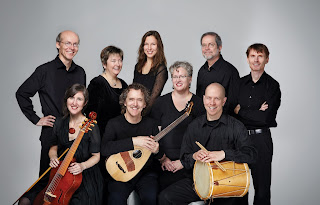 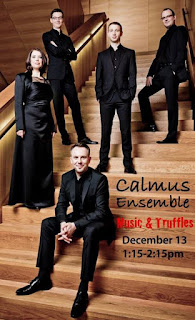 Calmus Ensemble (Photo: www.mooredaleconcerts.com)
Another multicultural Christmas event is the Leipzig-based Calmus Ensemble‘s appearance at Walter Hall, on the campus of the University of Toronto, on Sunday Dec. 13 at 1:15 pm. This is part of Mooredale Concerts‘ Music and Truffles series. The Ensemble will be singing Christmas Carols from around the world.  https://www.mooredaleconcerts.com/event/calmus-ensemble-mt/