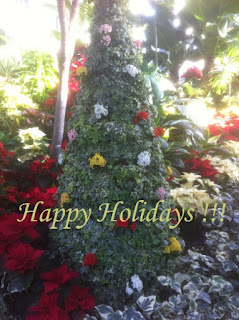 Happy Holidays Everyone ! (Photo: Joseph So)

Given that classical musical presentations are much reduced during the week surrounding Christmas, I’ve combined the two weeks in my weekly preview, as I’ve done in previous years. That said, there are still a few notable events worthy of your consideration. 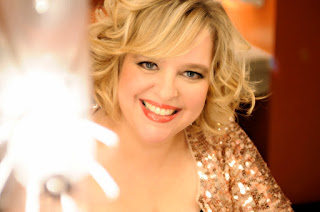 Top on my list is Bravissimo! the annual operatic concert on New Year’s Eve presented by Canadian impresario Attila Glatz of Attila Glatz Concert Productions. Billed as “Opera’s Greatest Hits,” it’s an evening of standard arias and duets sung by an international cast of soloists, with usually a non-Canadian maestro conducting the Opera Canada Symphony which is essentially a “pick up orchestra” made up of local Canadian orchestral musicians for the occasion. There are two excellent Canadian singers this year – soprano Karina Gauvin and mezzo Krisztina Szabo. Joining them are two Italians – tenor Stefano La Colla and baritone Lucio Gallo. Conducting will be Italian maestro Marco Guidarini, who was just in town a couple of months ago for Canadian Opera Company’s La traviata. The performance starts at 7 pm at Roy Thomson Hall on Dec. 31 and will be all over shortly after 9 pm, leaving plenty of time for New Year’s Eve festivities.  I’ve attended this concert annually from the beginning. It took a couple of years to catch on but it now draws a large crowd, with excellent singing each time. You can be sure it will conclude with the festive “Libiamo, libiamo” from La traviata!  http://www.roythomson.com/eventdetail/Bravissimo2015

If you are not tired out from partying all night, be sure to attend Salute to Vienna, an afternoon divertissement of ballet and operetta Viennese style. Hungarian conductor Imre Kollar leads the Strauss Symphony of Canada, with Polish soprano Katarzyna Dondalska and Austrian tenor Franz Gurtelschmied as soloists. Joining the festivities are dancers from the Hungarian National Ballet and the International Champion Ballroom Dancers. I’ve been attending this event the past several years and it’s virtually sold out every time. Friday Jan. 1st 2:30 pm at Roy Thomson Hall. http://www.roythomson.com/eventdetail/Salute2016

The National Ballet of Canada is in the middle of its month long run of The Nutcracker. This show is terrific holiday entertainment for the whole family, and a surefire box office bonanza for the Company. I’ve seen the James Kudelka version only once when it was new – his colourful, slightly quirky and decidedly unique vision of the classic is sure to entertain the young and the old. It’s two hours long with a single intermission. Here’s a little Youtube video on the 20th anniversary of the Nutcracker, introduced by head of the National Ballet and former prima ballerina Karen Kain. https://www.youtube.com/watch?v=ecMDAdyMgsU  Thirteen more performances from this Tuesday to Jan. 3rd at the Four Seasons Centre. Go to the National Ballet website for details of times and principal dancers. https://national.ballet.ca/Productions/2015-2016-Season/The-Nutcracker 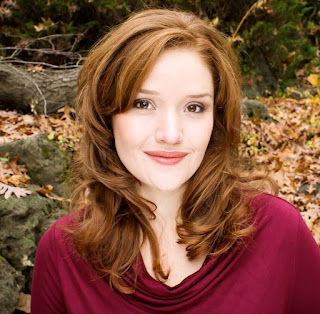 Toronto voice fans can count on the Toronto Operetta Theatre to stage a production every Christmas and New year. This time around, it’s Sigmund Romberg’s The Student Prince.  I’ve always had a soft spot for this piece as it was my very first exposure to opera, by way of the Hollywood movie starring Mario Lanza, Ann Blyth and Edmund Purdom – I was all of seven years old. Perhaps that’s what got me interested in opera ever since!  COC conductor Derek Bate is at the helm and TOT’s Guillermo Silva-Marin is the stage director. The principals are soprano Jennifer Taverner, tenor Ernesto Ramirez, tenor Stefan Fehr, and bass-baritone Curtis Sullivan. It opens on Dec. 27 at the Jane Mallett Theatre, with additional performances on Dec. 28, 31, Jan. 2 and 3. The New Year’s Eve performance also includes an option of a dinner and post-performance festivities. Go to their website for details.     http://www.torontooperetta.com/index.html 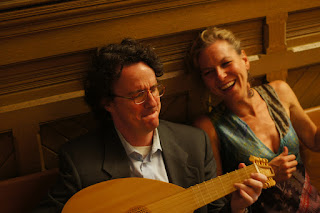 Last but not least, the Musicians in Ordinary is bringing in the new year with its traditional Baroque Concert. on Friday Jan. 1st 2 pm at the Heliconian Hall, 35 Hazelton Avenue in Yorkville. This concert is repeated on Saturday Jan. 2 at 8 pm. Soprano Hallie Fishel and lutenist John Edwards offer a program of “Opus 1’s” – first compositions by Handel, Vivaldi and other Baroque masters. Joining them are violinist Christopher Verrette and Patricia Ahern as well as keyboardist Borys Medicky.   More information at  http://www.musiciansinordinary.ca/