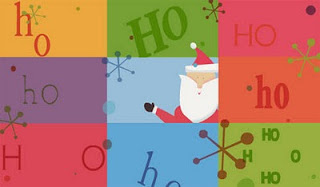 Merry Christmas and Happy 2011 to all!

During Christmas Week, the Toronto Symphony Orchestra is wrapping up its run of its Messiah with the last two performances on Dec. 20 and 21 8 pm. I saw opening night Thursday Dec. 16. This year, with the newly commissioned re-orchestration by conductor Sir Andrew Davis, it has given this venerable work a new look that’s well worth attending. After the conclusion of Messiah, the TSO is putting on its popular Christmas With the TSO, a program of holiday classics with conductor Steven Reineke and tenor Mark Eldred. The choral forces are the Canadian Children’s Opera Company and the Etobicoke School For The Arts Chorus. Performances on Wednesday Dec. 22 8 pm, and on Thursday 2 pm and 8 pm. For more information, go to http://roythomsonhall.com/calendar
There are several interesting events for voice fans. Attila Glatz, the impresario famous for presenting holiday season specials, once again joins forces with Massey Hall/Roy Thomson Hall in bringing back Bravissimo!, a New Year’s Eve Gala of operatic fare to take place at Roy Thomson Hall at 7 pm, early enough for patrons to go elsewhere afterwards to ring in the new year. We have Canadians soprano Isabel Bayrakdarian and tenor Richard Margison joining guests baritone Alberto Gazale and mezzo Sarah Maria Punga in selections from Don Giovanni, Cavalleria Rusticana, La boheme, La traviata, among others. Well known Italian maestro Daniele Callegari conducts. On New Year’s Day at Roy Thomson Hall 2 pm, it’s a tradition to have Salute to Vienna, once again brought to Toronto by Attila Glatz, featuring music by the Strauss family. Soloists are soprano Hege Gustava Tjonn and tenor Neal von Osten, two names new to me, although I have since found out that Mr. von Osten is actually Canadian, and a graduate of University of Western Ontario, and is currently a fest singer at the Theatre in St. Gallen, Switzerland! Another one of the many Canadians singing and making respectable careers in Europe. Also appearing are dancers from the Ballet St. Polten. Imre Kollar leads the “pick up orchestra” called Strauss Symphony of Canada. This is typically an entertaining and glittering event. Information at http://roythomsonhall.com/calendar
Another good choice is Johann Strauss’ Die Fledermaus, which seems to surface with regularity around this time of year. The Toronto Operetta Theatre is giving eight performances from Dec. 28 to Jan. 9, including a New Year’s Eve Gala with a 3-course dinner at the nearby Hot House Cafe, and a post-performance champagne reception and dancing. The cast include sopranos Laura Albino and Lucia Cesaroni, and tenors Keith Klassen and Adam Luther. Conductor is COC’s Derek Bate. For more information and tickets, go to http://www.torontooperetta.com/index.htm
For the non-classical fans, there is the musical How the Grinch Stole Christmas at the newly opened Sony Centre, formerly known as Hummingbird Centre, or if you go way back, the O’Keefe Centre! The reopening of the theatre on Oct. 1 followed over two years of renovations. the project is still ongoing, as the construction of the backstage facilities followed by a 57 story residential tower, the “L Tower” designed by Daniel Libeskind is to start in 2011. I am very curious about the changes made to the old O’Keefe/Hummingbird, so this is a good chance to find out! For information about this show, go to http://www.sonycentre.ca/