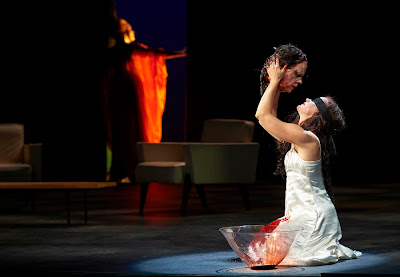 Soprano Erika Sunnegardh in the title role of COC’s Salome (Photo: Michael Cooper)
The Canadian Opera Company‘s spring season is in full swing, with two of its three productions currently on stage.  I attended the opening of Salome yesterday.  When this Atom Egoyan production was first seen in Fall of 1996, it created an absolute sensation. I thought at the time that Egoyan’s cutting-edge vision of melding filmic elements with operatic stagecraft in this work was truly ground-breaking. Now fifteen years later, it has lost none of its freshness. To my eyes and ears, this revival is even better than the 1996 premiere and the 2002 revival.  Given that it’s the same production (with minor tweaking by Egoyan), the main difference is musical – singing and the orchestra.  Swedish-American soprano Erika Sunnegardh surpassed both Ljuba Kazarnovskaya and Helen Field vocally and dramatically as the most ideal Salome, combining a blazing high register with a physique du role that’s perfect as the Judean princess, one that combines newly awaken sexuality with child-like naivete. German baritone Martin Gantner, a fine singer whom I heard a number of times at the Bavarian State Opera, is an intense and charismatic Jochanaan. His voice is more on the lyric side, so it would be interesting to compare him with bass-baritone Alan Held who takes over later in the run. Canadian tenor Richard Margison is terrific in the character role of Herod; and it is wonderful to hear German mezzo Hanna Schwarz on the stage of the COC. Wagner fans will never forget her as a supremely sexy Fricka in the centennial Ring at Bayreuth directed by Patrice Chereau in 1976. The 69 year old mezzo remains an evergreen and an operatic marvel. I also loved the plangent tenor of American Nathaniel Peake as Narraboth.    COC Music Director Johannes Debus led the Orchestra in a magnificent reading of the incredible Strauss score. This revival is top on my list of recommendations – don’t miss it! Seven more performances, the next one on April 27th at the unusual time of 4:30 pm.  Meanwhile, the recently opened Lucia di Lammermoor stars the fabulous Anna Christy in the title role, partnered by tenor Stephen Costello as Edgardo. They are two of the most exciting young American singers, and if you like bel canto – and who doesn’t? – be sure to catch a performance with these two. http://coc.ca/ 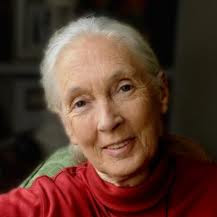 Legendary primatologist Jane Goodall at Roy Thomson Hall (Photo: www.the-pish-posh.com)
For me, the most significant non-musical event this week is the appearance of the great primatologist Jane Goodall at Roy Thomson Hall, as part of the Unique Lives and Experiences series. I first heard her back in the early 70’s in my previous life as an academic, and then again several times in her visits to Toronto and elsewhere.  Her research and publications on the Chimpanzees at Gombe continues to inspire new generations of young people and raise awareness on the destruction of the natural habitat of the Great Apes due to human encroachment and illegal trade. She’s one of the most inspirational speakers I’ve ever heard, and I look forward to hearing her once again. Wednesday April 24th 7:30 pm.  http://roythomson.com/eventdetail/1370 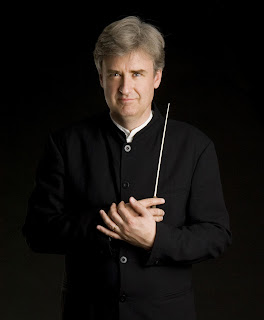 Conductor Thomas Dausgaard (Photo: Ulla Carin Ekblom)
Pianist Garrick Ohlsson, one of the most significant keyboard artists of our time, is making a welcome return to Toronto, together with another frequent guest and TO audience favourite, conductor Thomas Dausgaard. He is conducting the Swedish Chamber Orchestra in an all-Beethoven program at Koerner Hall on April 28th 3 pm. Ohlsson is the soloist in Piano Concerto No. 4 in G Op. 58. Also on the program is Symphony No. 3 in E- flat Op. 55 “Eroica”.  http://www.rcmusic.ca/ 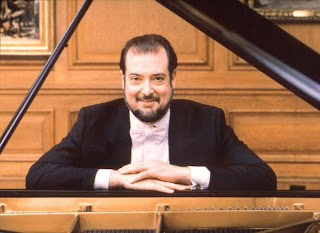 Pianist Garrick Ohlsson
The Canadian Opera Company’s Free Concert Series is offering We’s the Bye’s, an interesting noon hour concert featuring three singers from Corner Brook, Newfoundland – the brothers Michael and Peter Barrett, and tenor Adam Luther. At the keyboard is collaborative pianist Sandra Horst.  Concert at the Richard Bradshaw Amphitheatre on Tuesday April 23. No program details available at this time. On April 25, the recently formed Arkadas Quartet, winner of the Galimir Chamber Music Competition at the University of Toronto, will perform string quartet pieces by Ravel and Beethoven. Be sure to show up an hour ahead to ensure a seat. http://www.coc.ca/PerformancesAndTickets/FreeConcertSeries/April.aspx
The celebrated Aldeburgh Connection is rapidly approaching the end of its farewell season. You can still catch them at Britten Festival of Song: The Canticles, on April 26th 8 pm at the Glenn Gould Studio. Solists are countertenor Daniel Taylor, tenor Benjamin Butterfield, and baritone Alexander Dobson. Stephen Ralls and Bruce Ubukata are at the keyboard. This is the first of three concerts that make up the Festival. The others are on May 7 and 26. http://aldeburghconnection.org/britten-festival/
On April 28 2 pm at the Glenn Gould Studio, Off Centre Music Salon is presenting a concert with a twist – Celebrating Philanthropists in Music. Baritone Giles Tomkins, mezzo Lauren Segal, violinist Jacques Isra
elievitch, and accordionist Joseph Macerollo join pianists Inna Perkis and Boris Zarankin in a concert celebrating the generous donors who have contributed to Off Centre Music Salon.  http://offcentremusic.com/  UPDATE: I was just told by publicist Vince Ciarlo that baritone Peter McGillivray has taken over from Giles Tomkins.  It appears that the Off Centre website has not updated to reflect this change…. Tsk tsk!
Also on April 28, Mooredale Concerts is presenting Pierrot Moonstruck, a program of song, piano, poetry and mime designed for young people ages 6 to 15. Soprano Allison Angelo, mime Olga Primak, poetry reader Larry Bent, and pianists Kathleen van Mourik and Charles Foreman perform music by Debussy, Ravel, Faure, Schumann, Chopin, Grieg and Poulenc. Time is 3:15 pm at Walter Hall, Edward Johnson Building, University of Toronto.  http://www.mooredaleconcerts.com/