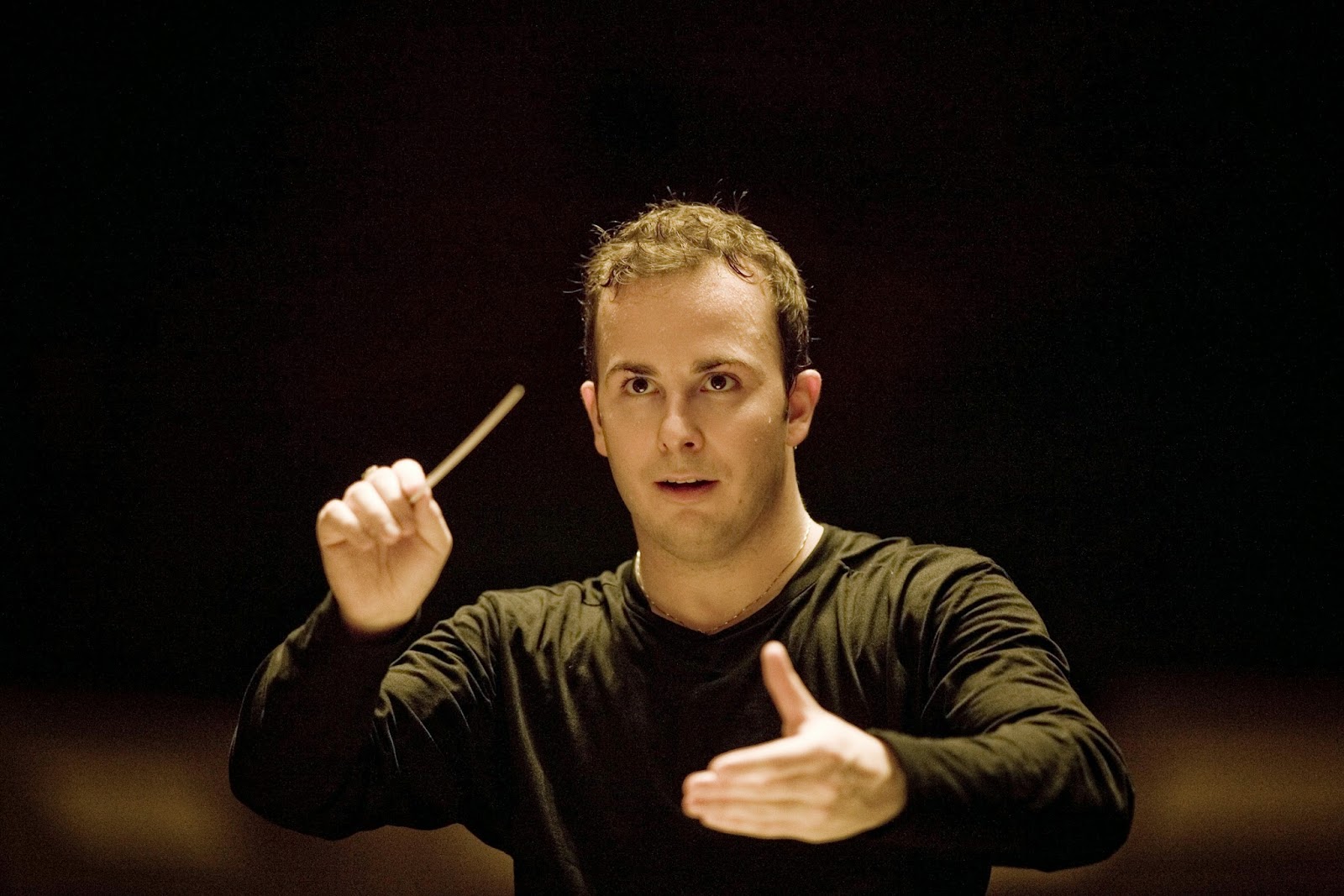 Canadian conductor Yannick Nezet-Seguin
In my book, the brilliant Yannick Nezet-Seguin is the Canadian conductor of the 21st century. Immensely talented and charismatic, he exudes the joy of music-making every time he steps onto the podium. His star is certainly shining the brightest among all the Canucks, as head honcho in Philadelphia, Rotterdam, London Phil, and an exclusive contract with DG. This is in addition to his “old band” the Orchestre Metropolitain du Grand Montreal (its full name). And he’s only 40 years old!  I’ll never forget interviewing him for an article in the Debut column of Opera Canada in spring of 2003. Back then he had just been appointed principal guest conductor of the Victoria Symphony. It’s staggering how far he has gone in the musical world in a dozen years.  Nezet-Seguin and the Orchestre Metropolitain is coming to Koerner Hall on Friday April 24 8 pm in an all-English program – Elgar’s Enigma Variations and Cello Concerto, plus Vaughan Williams’ Symphony No. 4. This is a concert not to be missed.  https://performance.rcmusic.ca/event/orchestre_metropolitain 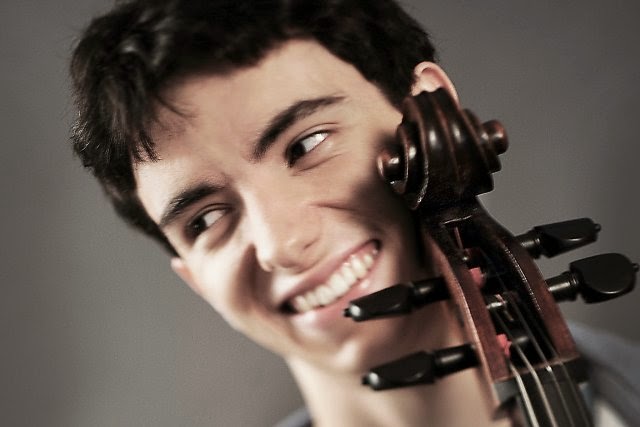 Cellist Stephane Tetreault
The wonderful soloist in the concerto is cellist Stephane Tetreault, who is also in town for the Career Development Award Live Competition under the auspices of the Women’s Musical Club of Toronto. There are three finalists this year – pianists Pierre-Andre Doucet and Charles Richard Hamelin, and as well as cellist Stephane Tetreault. It takes place on Sunday April 26 1:30 to 4:30 pm at Walter Hall, Edward Johnson Building. The three finalists are competing for prizes of $20,000 (first), $10,000 (second) and $5,000 (third). This will be an exciting event. Julie Nesrallah of CBC Radio Two is the host. http://www.wmct.on.ca/ 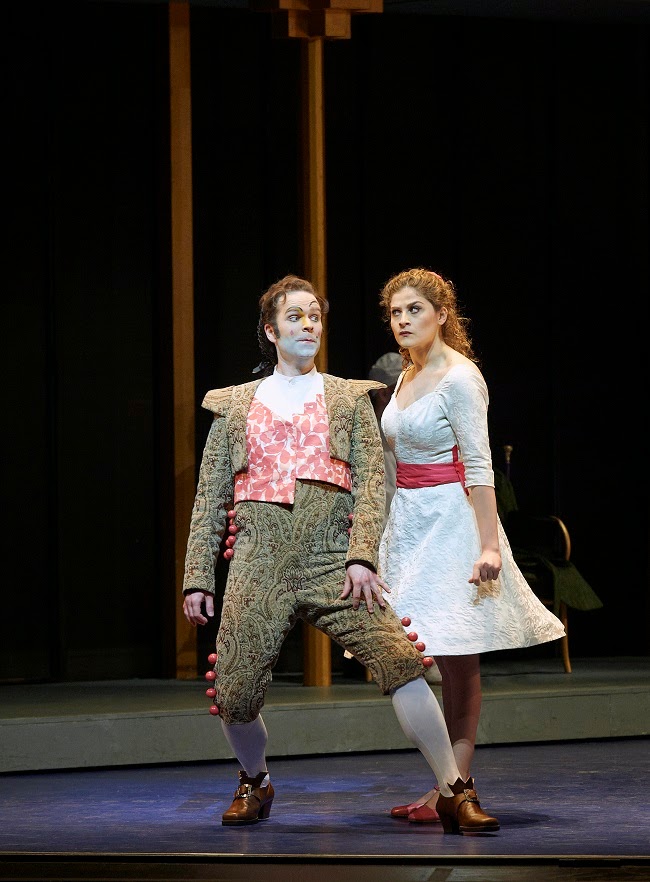 Josh Hopkins (Figaro) and Serena Malfi (Rosina) in COC Barber of Seville (Photo: Michael Cooper)
The Canadian Opera Company‘s spring season opened last Friday with a scintillating production of Rossini’s The Barber of Seville. I have to say I’m not a huge Rossini fan, but I find this a terrific show! Joan Font (and Els Comediants) heads the Spanish creative team behind this production, the same people who did the marvelous La cenerentola seen here two seasons ago.  As Figaro, we have the beautiful lyric baritone of Canadian Joshua Hopkins, last heard locally as Marcello in La boheme. Rosina is the Italian rising-star mezzo Serena Malfi. American tenor Alek Shrader, whose memorable Albert Herring I had the pleasure of seeing a few years ago in Santa Fe, is Almaviva. The revelation on opening night was the Bartolo of the great Italian buffo Renato Girolami. Given that there are twelve performance (plus an Ensemble show), most roles are double-cast. But the alternate cast won’t start until early in May. Performances this week on April 21 7:30 pm and April 26 2 pm at the Four Seasons Centre. http://www.coc.ca/Home.aspx 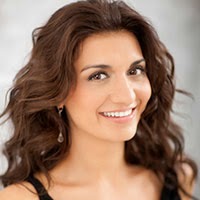 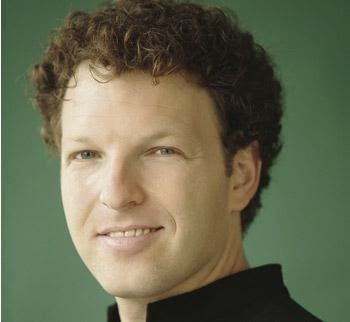 The Toronto Symphony Youth Orchestra, under the baton of Shalom Bard, gives a concert of Mahler’s Symphony No. 1, at Koerner Hall on Thursday April 23 at 7:30 pm.  http://tso.ca/en-ca/concerts-and-tickets/2014-2015-Season/EventDetails/Toronto-Symphony-Youth-Orchestra-Spring-Concert.aspx 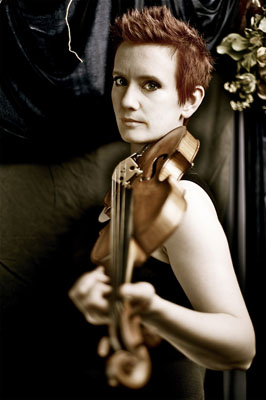 Canadian violinist Aisslinn Nosky is the guest director of the Tafelmusik Baroque Orchestra in Baroque Misbehaving, a program of works by Purcell, Charpentier and Telemann, plus a new commission of Oesterle’s Snow White. Performances at the Trinity St. Paul Centre on April 23 8 pm, as well as on April 24, 25, 26 (mat.) and 28, this last at the George Weston Recital Hall. http://www.tafelmusik.org/