You are at:Home»Classical Music»Vocal»Opera»This Week in Toronto (April 1 – 7)
Advertisement / Publicité 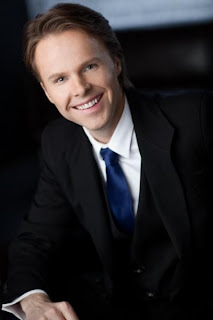 Tenor Colin Ainsworth sings Tamino in Opera Atelier’s The Magic Flute (Photo: Kevin Clark)
Opera Atelier, Canada’a premiere baroque opera company, opens its spring season with a perennial favourite, Mozart’s The Magic Flute. The cast is a strong one, with a mix of Canadian and visiting guest artists.  Tamino is tenor Colin Ainsworth, who was so impressive in the recent staged avant-garde song cycle, Janacek’s Diary of One Who Disappeared put on by Against The Grain Theatre. Pamina is former COC Ensemble Studio soprano Laura Albino. Rising star dramatic coloratura Ambur Braid with her extraordinary high register is Queen of the Night, a role she has previously sung in the special Ensemble performance of the COC.  (Look out for my article on her in the Spring issue of Opera Canada, to come out in early April.) Baritone Olivier Laquerre is the birdcatcher Papageno. Sarastro is Portuguese bass Joao Fernandes. David Fallis leads the Tafelmusik Baroque Orchestra. The opera is presented in English with English dialogues – while this might offend some purists, but it does make the piece more accessible. In any case there will be English surtitles. It opens at the Elgin Theatre on Saturday April 6 at 7:30 pm, with a second performance on Sunday at 3 pm.   http://www.operaatelier.com/season/12-13/magic-flute/ 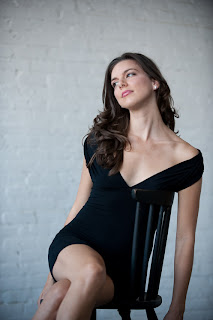 Soprano Ambur Braid sings Queen of the Night
The Toronto Symphony Orchestra swings back into action this week with two programs – a light classics show and one for kids. April 2 8 pm and April 3 (2 pm and 8 pm), the TSO is presenting a program on the Music from James Bond films, including Goldfinger, From Russia with Love, Diamonds are Forever etc. John Morris Russell conducts.  On Saturday April 6 at 1:30 and 3:30 pm, there are two Young Peoples Concerts suitable for children from 5 to 12. For more details, go to http://tso.ca/ 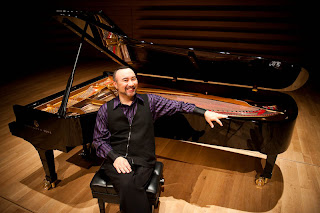 Pianist Jon Kimura Parker gives recital in Markham
On April 2nd 8 pm, Canadian pianist Jon Kimura Parker is appearing at the Markham Theatre (now officially the Flato Markham Theatre) in Doing Rite by Stravinsky, obviously a play on words re Rite of Spring. It features Parker’s own arrangement of the Stravinsky work. For a taste, go to http://www.youtube.com/watch?v=DPrCn6yPhc0&feature=plcp  Also on the program is Mussorgsky’s Pictures at an Exhibition.  http://www.jonkimuraparker.com/ 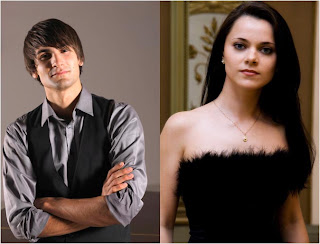 Pianist Vestard Shimkus and soprano Elina Shimkus
The Toronto Latvian Concert Association is presenting the Canadian debuts of husband-wife team of Vestard Shimkus, pianist, and Elina Shimkus, soprano on April 3 at 7:30 pm at the Glenn Gould Studio.  The first half of the program will feature Vestard Shimkus in works by Richard Wagner, Janis Medins, Peteris Vasks and a new work composed by the pianist himself. The second half of the concert will feature soprano Elina Shimkus in works by Janis Medins, Lucija Garuta, Jazeps Medins, Jazeps Vitols, W.A. Mozart and G. Rossini.  This is a chance for Torontonians to discover these two artists new to Canada. http://www.cbc.ca/glenngould/concerts-featured.html 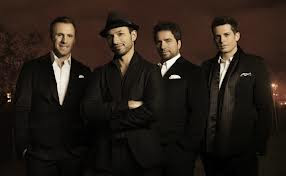 The tenors (Fraser Walters, Victor Micallef, Remigio Pereira, Clifton Murray)
The Tenors (once billed as the Canadian Tenors) is a Canadian phenomenon.  I admit I am familiar with only one of them, Victor Micallef who was once a member of the COC Ensemble Studio, and I heard his Tamino.  The other three are Fraser Walters, Remigio Pereira and Clifton Murray. They all have pleasant voices and engaging personalities. These guys will appear at Roy Thomson Hall on April 4 8 pm.  If cross-over is your thing, don’t miss this concert. http://www.tenorsmusic.com/ 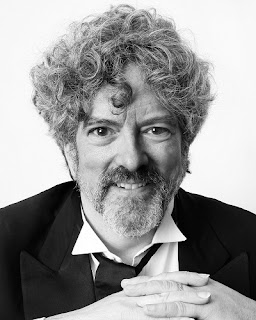 Baritone Doug MacNaughton
On Monday 7 pm April 1st at Walter Hall, and on his 75th birthday, long time distinguished U of T professor of piano William Aide will give a recital of Beethoven Sonata Op. 10 no. 3 and the Chopin B minor Sonata. Joining him will be baritone Doug MacNaughton in Walter Buczynski’s Letter to a Musical Friend, set to the poetry by Aide. http://www.music.utoronto.ca/events/calendar/mec0401.htm