You are at:Home»Classical Music»Baroque and Early»Sir Andrew and the TSO offer Scintillating Messiah
Advertisement / Publicité 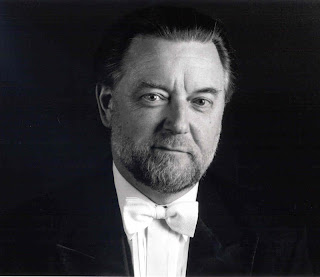 Customarily December is Messiah month in Toronto. As usual, the offerings range from the TSO’s modern-instrument version, billed as “Toronto’s Biggest Messiah“, to the more intimate baroque version with period instrument put on by Tafelmusik. There’s also the ever-popular Sing Along Messiah at Massey Hall that attracts a participatory-minded audience, and this year there’s a special one for children. This year there is also something new at the venerable TSO Messiah. Not only is TSO Conductor Laureate Sir Andrew Davis making a welcome return, he is bringing along his own re-orchestration for the occasion. In the program notes and in the podcast on the TSO website, Sir Andrew points out that he certainly is not the first to do this, his predecessors include none other than Mozart(!), followed by Sir Eugene Goossens, Ebenezer Prout, Sir Thomas Beecham et al. He explains that it took him ten months of intense work to complete the re-orchestration. To be sure, Sir Andrew hasn’t so much make radical changes as to use some unlikely instrument combinations to create a variety of tone colours in keeping with the spirit of the piece. There were some unusual instrumental choices – one would hardly expect a marimba to make an appearance in Messiah! Other choices include the high bell sound of antique cymbals and a reed instrument called a Pifa. Davis uses these to add tone colours, and as his annotations make clear, to add an occasional humorous touch, such as the bleating of sheep in the choral section ‘All we like sheep have gone astray…’ I find the changes made by Davis effective and occasionally evocative. For those already very familiar with Messiah, this new orchestration represents a refreshing re-imagining of this piece.
Thursday was opening night, and Roy Thomson Hall was near capacity, with a sense of occasion and anticipation in the air. As always, in addition to the TS forces there was the Toronto Mendelssohn Choir, surely a national treasure. Of the quartet of soloists, two were making their TSO debuts – the up and coming Canadian soprano Andriana Chuchman, and the excellent British tenor Toby Spence. The vocal standouts for me were the two men. Keeping tight control over his vibrato, Spence was every inch the English oratorio tenor, singing with gorgeous, firm, plangent tone, heroic when required but capable of lovely mezza voce. His ‘Ev’ry Valley’ was the early highlight of the evening. Given his type of voice, one would never have guessed that he is also an excellent Strauss singer – his Henry in the rarely performed Strauss opera Die schweigsame Frau which I saw last summer in Munich was absolutely marvelous, and we all know that Strauss doesn’t give his tenors an easy time of it! As expected John Relyea was terrific as the bass soloist, his stentorian tones supplying the necessary gravitas; the fire and brimstone in ‘Why do the nations…’ backed by the powerful agitated strings was particularly impressive.
Chuchman has a high lyric soprano of beauty, freshness and purity, and she sang beautifully.Perhaps there wasn’t a lot of depth of expression when it came to the text, and one wished for more clarity in her diction, but all this should come with time and more experience. The one weak link was mezzo Jill Grove. She unexpectedly struggled in a piece that should be ideal for her low mezzo/contralto voice. Her opening aria ‘But who may abide…’ in particular found her struggling with the register break and sounding pushed and generally uncomfortable. ‘He was despised…’ was also disappointing, sounding small and threadbare. As expected, the Toronto Mendelssohn Choir was in its glory when it comes to Messiah. Davis lavished care and affection for the work and it showed. The appreciative audience gave the performers vociferous applause and repeated standing ovations at the end, a marvelous start to the series of performance that continues on Dec. 18, 19 (mat.), 20, and 21.