Paul Appleby: The Art of Song 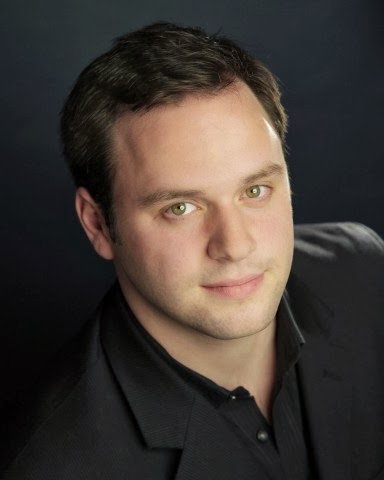 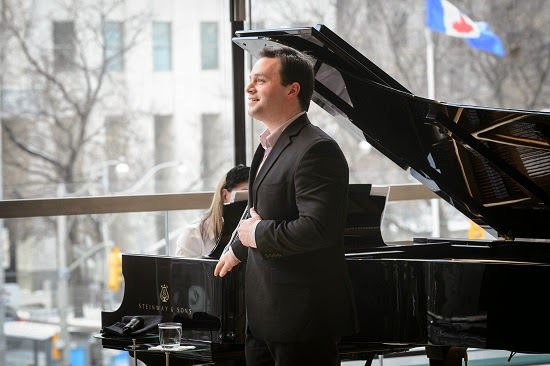 Tenor Paul Appleby and pianist Anne Larlee in recital (Photo: Chris Hutcheson)
There is something to be said about a tenor voice that warms the heart, especially one with the requisite beauty of tone, innate musicality and elegance of delivery that does full justice to the music. American Paul Appleby who’s currently in town as Ferrando for Cosi fan tutte, has one of the best tenor voices among the current crop of young artists today. He is versatile and adept at a diverse repertoire from Baroque to classical to 21st century. He is particularly fine in Mozart and the French repertoires. Not only is his voice beautiful, he uses it with discerning taste, backed by a solid technique and ample power of communication. I first heard this tenor at the Santa Fe Opera last summer, when he sang Fritz in Offenbach’s La Grande Duchesse der Gerolstein opposite the great American mezzo Susan Graham in the title role. In a lavish production designed to showcase the New Mexican diva, Appleby more than held his own as the young soldier Fritz, delighting the audience with plangent tone and engaging stage persona.  A recent feather in his cap was his exceptional performance as the 16 year old Brian in the Met premiere last fall of Nico Muhly’s Two Boys, which had its world premiere at ENO two years ago. With his youthful boy next door looks, the 30 year old Appleby was totally believable playing a teenager. While the opera itself received mixed reviews, Appleby’s performance garnered uniform praise.  On opening night of the COC Cosi fan tutte, he sang Ferrando with sweetness and power, with a particularly impressive Un aura l’amorosa. 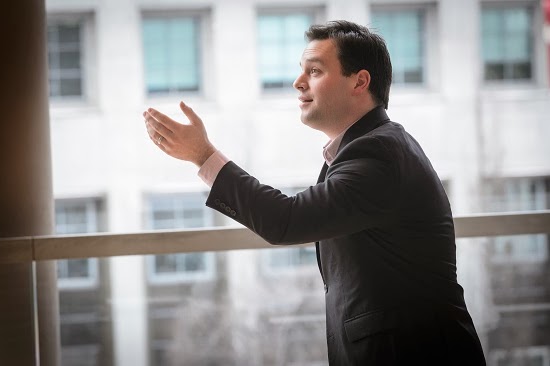 The ever expressive Mr. Appleby (Photo: Chris Hutcheson)
Given the long run of Cosi (from Jan. 18 to Feb. 22), Appleby used some of the downtime in between performances to give a recital at Pace University in New York, the program of which was repeated at a noon hour concert at the Richard Bradshaw Amphitheatre yesterday. Unlike so many recitals where the singer would not say a word to the audience, Appleby himself spoke extensively, introducing the songs to the audience with humour and insight. With Valentine’s Day just around the corner, the program consisted of several love songs. He began with a group of familiar Schubert, sung with excellent diction, enviably sweet tone and suitable restraint one has come to expect in Lieder. This was followed by a group of Schumann drawn from Myrthen Op. 25., one of the composer’s best known cycles, including the song Widmung, which together with Zueignung are two of my very favourites. Appleby brought out the heartfelt, ecstatic quality but rightly without exaggeration. As the group of songs moved along, Appleby seemed more relaxed and acted the drinking songs with ingratiating humour. There were moments when he let the voice rip and his sound was thrilling. Even at increased dynamic levels, the tone never turned harsh and the delivery always a model of grace.
The Schumann was followed by works by American composers John Harbison and John Musto. The Harbison songs were composed for American soprano Dawn Upshaw, one of the best exponents of contemporary American song literature. I won’t pretend to say that these songs are easily accessible on first hearing. Like so many contemporary composers, their musical idioms are angular, rhythms jagged and harmonies novel. It really requires some study to fully appreciate these songs. The second Musto song, Litany, was particularly austere and subdued – it takes a brave singer to end a recital with a piece like this.  Through it all, Anne Larlee offered excellent support. COC audiences are of course familiar with the work of Larlee, a former member of the Ensemble. She has really become one of the best young collaborative pianists of our time, showing impressive stylistic range and striking the right balance between complete support of the vocalist yet allowing her own pianistic personality to shine through.  If the audience felt slightly let down by the subded ending of the recital, they need not have worried. After such a demanding program, Appleby was generous in offering an encore, the ever popular operetta chestnut, Dein ist mein ganzes Herz, which he sang with operatic exuberance, his full voice ringing out thrillingly. Needless to say, it brought down the house and sent the happy audience out into the winter cold with warmth in their hearts.