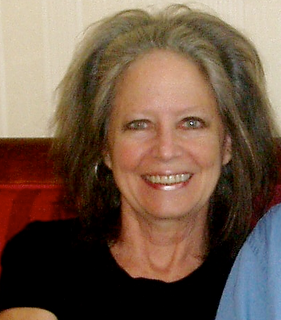 J.S. Obviously some productions are going to be more “video-genic” than others. How do you deal with that? Do you see your job as trying to make a production look as good as possible? Do you think the videographer can (or should) improve on the original?

B.R.: Sometimes. But it isn’t necessarily because the production isn’t ‘video-genic’ as you call it. An interesting case in point: the revolving stage in the Dessau Tristan and Isolde was certainly effective in the theatre. But on video it becomes vividly cinematic, in a way that could not be experienced in the theatre. Especially the finale of Act I and the beginning of Act 2 create the effect of travelling shots, giving the production added kinetic intensity.
Another case in point: Vladimir Deshevov’s ICE AND STEEL has a huge cast, may of whom have solo parts. There is so much going on onstage that an audience might only get some of what’s going on. I was able to make far more of it available through judicious choices of shots. I certainly didn’t improve on the original, which was magnificent. But I made more of it available.
Every new production has its own set of challenges for the video director. You have to be flexible and daring at the same time.
J.S. Do you have complete artistic freedom in capturing the performance? Or do you believe the stage director’s ideas come first?
B.R.: I have complete artistic freedom, but I always try to be at the service of the stage director’s work. When I am finished with editing the material, I invite the stage director to look at it. So far, all of the directors whose work I have filmed have been pleased with the result. I am always open to suggestions, but they are rare—and often good.
J.S. What is your views on the current Regietheater aesthetic? Do you think all operas can be (or should be) “updated”? I am thinking of the Bregenz Aida that I just saw on TV, or the Munich Lucrezia you saw, or the Konwitschny Don Carlos from Vienna and Barcelona. What do you think of these updating?
B.R.: There is a misconception about Regietheater that it’s all about blood and guts, trenchcoats and black leather jackets. Regietheater is not about making motorcycle molls out of the Valkyries, although that is precisely what Götz Friedrich did nearly 30 years ago. Regietheater is about a serious appraisal of the dramatic elements of an opera.
I am a big fan of Regietheater as long as it’s good–and a lot of it is great. And I think that opera has gained a wider audience because of it. There’s a tendency in America to bash Regietheater as ‘Eurotrash’. To prove their points, critics always point to the most egregious examples, as Heather MacDonald did a few years ago in City magazine; and more recently, the novelist Daniel Kehlman, bashed Regietheater in a speech at the opening of this year’s Salzburg Festival. But operas staged the original way seem quaint, possibly enjoyable as déjà vu, but irrelevant and often boring. Updating them can certainly do operas no harm, and if successful, can actually make a work written one or two centuries ago, seem astonishingly of the moment.
Regietheater has less to do with updating than it does with intensifying the dramaturgy of an opera, and going deeper into the work. There are examples of Regietheater which do not update, but which apply 21st century aesthetics to achieve the mise-en-scene.
Wouldn’t life be boring if every production of Wagner’s RING OF THE NIBELUNG took place on a Styrofoam rock? There are far deeper investigations of that great work being produced all over the world, without a rock in sight. And the work is resilient enough to accommodate many more interpretations.
J.S. Of your many past projects, which one(s) are you most proud of?
B.R.: This is a difficult question to answer. I love all my children (nine, so far), but for different reasons. I am proudest of the Weimar RING OF THE NIBELUNG because it was such a fantastic complex staging enriched by magnificent acting. I am also proud of ICE AND STEEL because I only had one go at it, the last performance, and was able to capture everything I wanted in spite of the huge cast and complicated staging. And for sheer beauty, I am proud of AGRIPPINA, which will be released later this year. It was a gorgeous, funny and profoundly moving stage production and I dare to say that about the video as well.
J.S. I personally find including interviews of performers, conductor and particularly the director very important in a DVD release. I want to hear what they have to say. (I missed that in the Dessau Tristan and the Weimar Rheingold) Failing that, perhaps an essay by the director, or some sort of a Q & A, in the program booklet would be very helpful. Would you consider adding these in future projects?
R.M.: I agree and we hope we can add material like this in the future. It is not easy to do this in each case, because we tape performances at a time when the stage director has already left. We see him or her only during the final editing period. Next season we will be more around during the opening nights and final rehearsals, so that we will definitely shoot additional material. We also hope to add portraits of the cities where the opera houses are located..


J.S. What new projects are you working on?

R.M.: Later this year a new classical DVD label will be launched by a well- established feature film DVD company, VCL. The new label, VCL KLASSIK, will be distributed worldwide. VCL has broadened its scope in the last few years, producing more special interest DVDs in the area of Art, Health, Sport, Architecture, Nature, Animals and Travelling guides. With VCL Klassik, VCL hopes to make new as well as hitherto unreleased concerts and operas available to a worldwide audience.
The program will be a good mixture of well known titles and titles which are not on DVD, or only as old productions. The new productions will be chosen from the best produced in Europe in a given season.
We are preparing five new productions for this year and are in the closing stage with the theatres. With each new production that is released, an archive title acquired from existing license stocks will be released for the first time on DVD. VCL Klassik plans to release at least 12 new productions and 12 archive titles every year.
In Germany, Austria and Switzerland we are lucky to have over 250 opera houses, and therefore a lot of possibilities. The opera houses also benefit from the DVD. And the exposure is extremely helpful in finding new sponsors in addition to public funding and ticket sales.