You are at:Home»Arts Industry»Ben Heppner New Host of CBC Saturday Afternoon At the Opera
Advertisement / Publicité 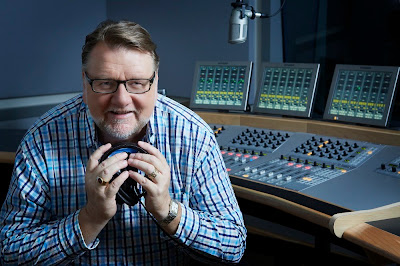 ACCLAIMED CANADIAN TENOR BEN HEPPNER BECOMES THE NEW HOST OF CBC RADIO 2’S SATURDAY AFTERNOON AT THE OPERA
New episodes with Heppner begin September 7, 2013. Saturday Afternoon at the Opera airs on CBC Radio 2 at 1 p.m. (2p.m. AT, 2:30 NT)
Tweet this release: http://cbc.sh/eFT9TWG
July 15, 2013 – CBC announces that acclaimed Canadian tenor Ben Heppner will be the new host of CBC Radio 2’s Saturday Afternoon at the Opera starting on September 7, 2013. Heppner will continue to bring listeners the finest opera productions and recordings from around the world.
Click here to watch an exclusive CBC Music interview with Ben Heppner
Born and raised in Dawson Creek, B.C., Heppner has become one the world’s pre-eminent dramatic tenors. After winning the CBC Talent Competition back in 1979 and gaining international recognition as a winner of the Metropolitan Opera Competition in 1988, Heppner became one of the most celebrated tenors of his time. Possessing a voice that is uniquely lyrical and powerful, Heppner has received multiple JUNO and Grammy Awards throughout his career. He is now bringing his voice to the airwaves of CBC Radio 2.
“It is an honour to be a part of the CBC Music family, and to be the new host of Saturday Afternoon at the Opera,” says Heppner.  “CBC has always exposed Canadians to a wide variety of music, andSaturday Afternoon at the Opera allows listeners to immerse themselves into the rich culture and sounds of opera with the brilliant recordings that are broadcast. I can’t wait.”
“Since 1979, Ben Heppner has moved CBC Radio 2 listeners with his magnificent singing”, saysMark Steinmetz, director of music programming, “I’m thrilled that listeners will now hear Ben share his passion for opera as a host.  Ben’s warmth, graciousness and in-depth knowledge make him an ideal host, and will continue to make Saturday Afternoon At The Opera a must-listen for dedicated fans as well as anyone curious about opera.”
Saturday Afternoon at the Opera has been a mainstay of the CBC Radio 2 schedule since 1982, and has become home to the famous “Live at The Met” broadcasts. The show recorded and presented the first-ever Canadian production of Wagner’s Ring Cycle, the inaugural production of the Four Seasons Centre in Toronto in 2006. Saturday Afternoon at the Opera prides itself on being a popular destination for the casual listener as well as a place for those who are deeply passionate and knowledgeable about the art form.