Violinist Candida Thompson, artistic director and leader of the Amsterdam Sinfonietta, says that planning the coming season required adapting to the constant changes of the regulations. She first conceived of the whole season with shorter programs, but as a return to normal seemed likely, reworked everything. “There has been a huge amount of planning in the background, for all orchestras that I know about anyway,” comments Thompson. “That has been the horrible thing: to make long programs, short programs, then long programs again and simply not knowing what is going to happen.”

Back in June, the Amsterdam Sinfonietta managed to present some concerts, including one in the Concertgebouw for 3,050 people with social distancing, then gave five concerts in the Royal Theatre Carré, where the orchestra played for 1,250 people who had to be either tested or vaccinated. As for now, concerts in the Netherlands will require social distancing until Sept. 20. If the situation improves, the government hopes to remove all restrictions.

Thompson comments that every country seems to live in a different reality. “I find it very peculiar because I see colleagues playing in festivals everywhere. It feels like it was business as usual in many countries this summer. I did not play so much.”

Violist Saša Mirković, founder and leader of the Ensemble Metamorphosis, saw things in Serbia reopening step by step. There were many concerts from the beginning of May to the end of June. After a down period in July because of all the festivals and masterclasses, the concert season is now starting again, but in a bit of a hurry because people are afraid of what will happen in the fall.

“Anyone who had a piece to play, outdoors, indoors, in small halls or big halls – it did not matter, people just wanted to play,” Mirković explains. “Not every performance was good, some of the projects were poor, but people were so happy to play, we had to support them anyway. We cannot say we are back to the normal life yet, but people make it look like we are. We will see what happens in the second part of September. Lockdowns have started again in many places of the world. We are in a strange period, to say the least, and I feel we are in it for a long time.” 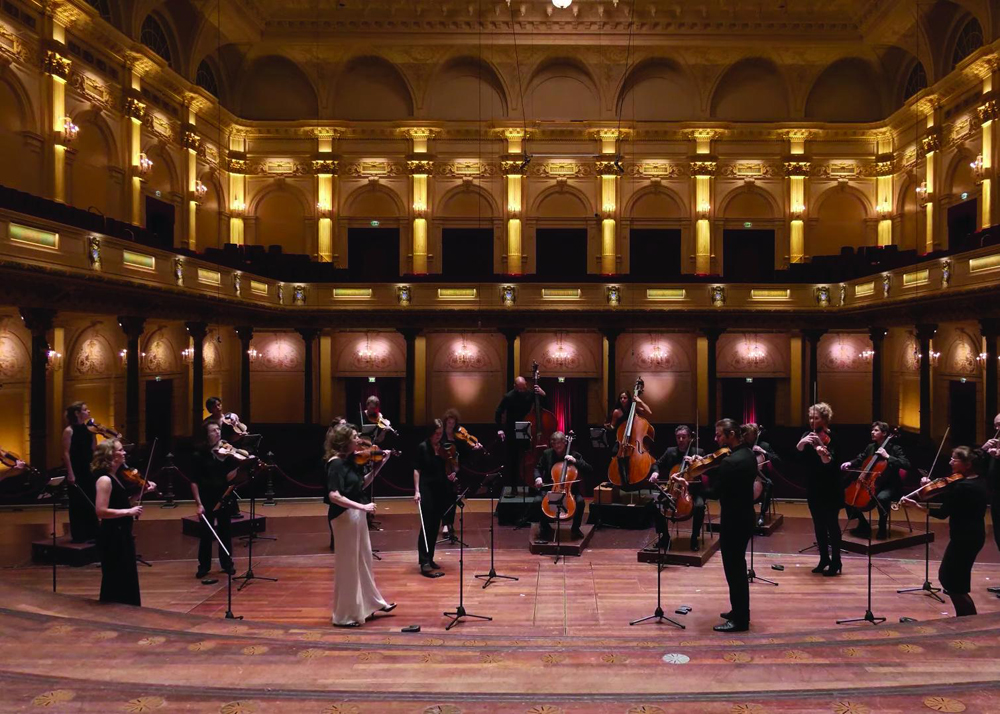 London-based violin maker and dealer Florian Leonhard bears witness to how eager concertgoers are to go out with like-minded people and experience culture together again. “People had to get used to listening to streaming music and that technology,” he says. “Everybody is displaying their skills online, but it is still not the same. People are getting half-tired of that already.

“Now I see a lot of people taking action. Audiences are gathering in smaller venues and not leaving the concert business to big institutions because of the heavy regulations governing those. In England, the vaccination process was quite successful, but we still must see how stable vaccines are with the new wave of variants appearing.”

Even though the violinist Hrachya Avanesyan lives in Belgium, he maintains a strong connection with his homeland, Armenia. At the beginning of the pandemic, the situation in Armenia was like everywhere else: lockdowns and overall uncertainty. When the Azerbaijanis invaded the Republic of Artsakh, the war became the main concern and worries of the pandemic started to fade. This resulted in the opening of businesses and concert halls. People started to go on with their everyday lives despite the potential risks.

“In July I played my first concert in Yerevan with an orchestra since the pandemic [started],” says Avanesyan. “It was indeed an emotional experience. It felt like going back to that state of mind that we all started to fear would never return. With all the concerts, cultural activities and nightlife being as active as they can, Armenia is a great place to find yourself as an artist right now.”

When the pandemic hit the world in January 2020, the Taiwanese took strict precautions and somehow avoided serious consequences for nearly 18 months. While the concert scene worldwide had stopped, concert halls in Taiwan were packed every evening with audiences wearing masks. “I played 13 sold-out concerts,” says pianist Gwhyneth Chen, “until we had a glitch in May 2021 and were hit with 600 COVID cases a day. Concerts then were cancelled for nearly four months.

“Thanks to the unity of the Taiwanese spirit, we were able to bring numbers down to zero to two COVID-19 cases a day. After the absence of concerts for four months, I am honoured and proud to play the first concert and open the concert season at two different halls.”