The Ukrainian Art Song Project (UASP), now in it’s 14th year, wrapped up its 2018 Summer Intensive Program with a concert on August 19th. Temerty Theatre at the Glenn Gould School of Music was home to an afternoon of mixed Art Songs all by Ukrainian composers. The UASP, along with its recording label Musica Leopolis, is charged with sharing the surprising wealth of Ukrainian Art Song with a broader public and is just over one-third completed its goal of recording 1000 different songs.

With founder British bass-baritone Pavlo Hunka, and his faculty which include Dr. Melanie Turgeon, Dr. Anna Ferenc, and collaborative pianists Albert Krywolt and Robert Kortgaard, the eight emerging artists spent the last week in masterclasses preparing the program which comprised of 21 art songs, only two of which had been performed in public before. 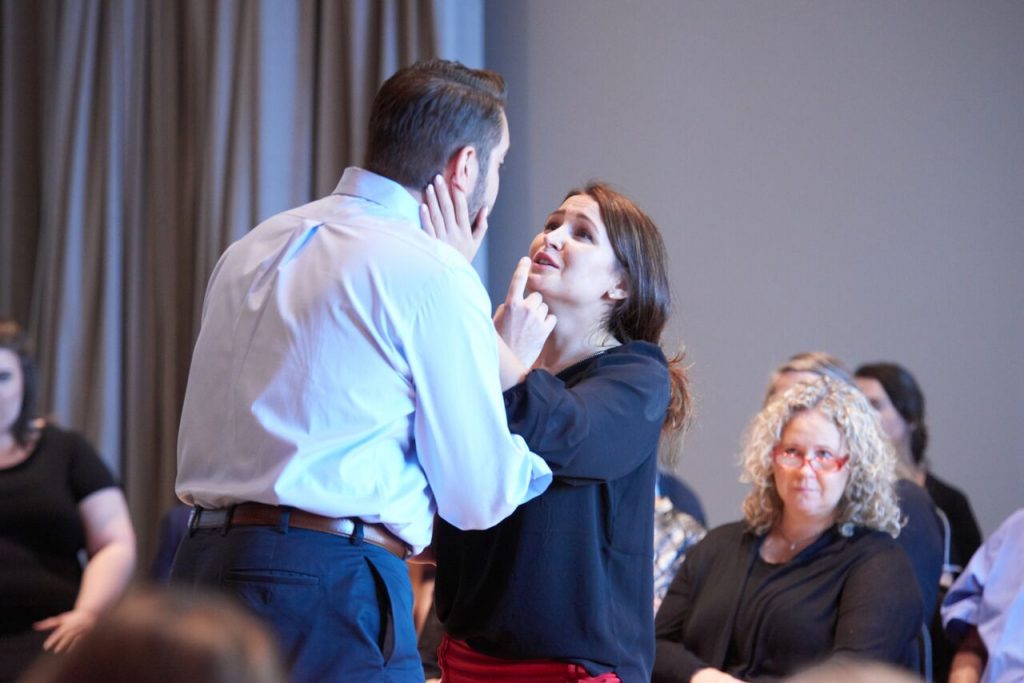 The singers came from as close as Toronto and as far as Ohio and Saskatchewan. The program was varied from the morbid feeling “Dank and Dark” by Yakiv Stepovyi with poetry by Spyrydon Cherkasenko to the lusty and rollicking “It is Well to Have Friends Everywhere,” also by Stepovyi this time with poetry by Stepan Rudansky.

The compositions are on par with the great works of Schubert, Schumann, and Wolf and sound quite similar. The tonic painting used ranges from what you could hear in “Schwanegasang” all the way to Strauss songs like “Allerseelen”. Equally showpieces for the pianists as well as the vocalists, the singers were in four very good hands with the likes of Krywolt and Kortgaard. Musicians of the highest calibre both, they played these songs with panache, flair, grace, and skill.

The programme was a staged performance of each song. At times the pieces being used as an allegory; at times, staged literally, it was a refreshing take to the concert staging we’re used to. Performed completely in the round, singers entered the playing area from reserved seats in the audience. The only issue was there was quite of bit of time that the singers spent on the floor. The audience being level with the stage and no risers meant a lot of the action got lost to people behind the front row. 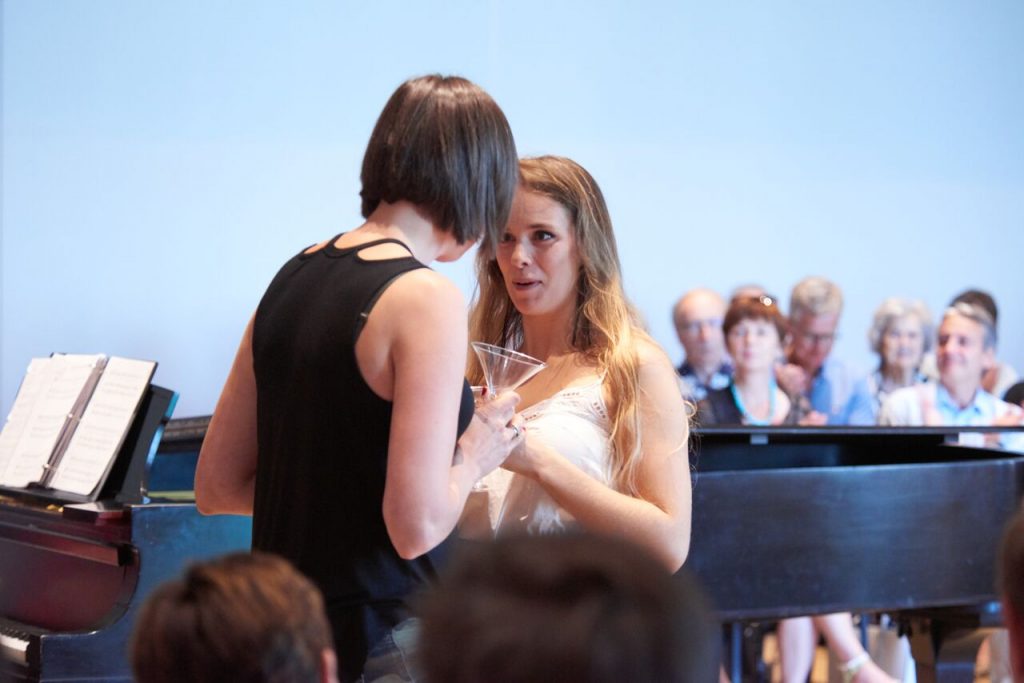 The singing was quite inspiring at times. Mezzo soprano Olenka Slywynksa brought the show to a halt with her arresting performance of Stanislav Liudkevych and Taras Shevchenko’s “A Betrayal.” A rich, full tone over her entire range and her striking personage on stage was incredible. Ohio Tenor Andrew Skitko sang well with a bright, full voice. A great character tenor, he could trust his high-end a little more. I felt a few of the upper passages had some unnecessary trepidation. New York Soprano Oleksandra Verzole was another highlight with a bright crystalline soprano that soared during Myroslav Volysnky and Anna Volynska’s “To Life!”

All the songs performed, as well as the full catalogue of Ukrainian Art Songs compiled by Hunka, as well as recordings with singers like Virginia Hatfield, Monica Whicher, Andrea Ludwig, and Russell Braun are available at www.ukrainianartsong.ca.