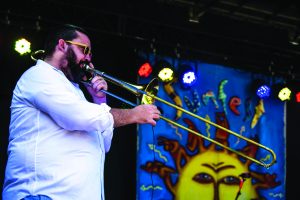 This year the TD Sunfest returns to Victoria Park in London, Ontario from July 4 to 7. This celebration of music, dance, cuisine, crafts and visual art from around the world is attended annually by more than 200,000 visitors. With performers from Canada, Scotland, Brazil, Palestine, Norway and Cameroon (to name just a few) this festival, with free admission, is a perfect day for the whole family. Try food from one of the international vendors as you catch performances by some of the most popular and intriguing names in world music.

Brott Music Festival (est. 1988) and Brott Opera, now in its fifth season, return this July to Hamilton. After three weeks of lessons, rehearsals and networking, Brott Opera will present two shows with the best and brightest of today’s young opera professionals. July 4 will see a concert titled Popopera and on July 18, they will perform Puccini’s beloved La Bohème. Conducted by founder Boris Brott, both performances will feature the Brott Symphony Orchestra and take place at FirstOntario Concert Hall.

This year marks the 25th anniversary season of the Ottawa Chamberfest. With a vision of “changing lives through music,” Chamberfest is an annual festival and concert series that also presents community engagement and arts education activities. 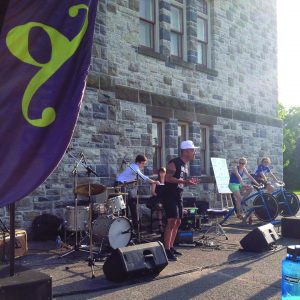 Guests include the St. Lawrence String Quartet, pianist Angela Hewitt, violinist James Ehnes, Finnish flute quartet Kallakvartetti and mezzo-soprano Julie Nesrallah. With ensembles and soloists ranging from folk and jazz to classical, there’s something for the whole family – even a kid-friendly performance by the Gryphon Trio. Ottawa Chamberfest runs from July 25 to Aug. 8. 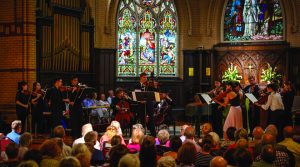 Canadian opera supercouple tenor Richard Margison and stage director Valerie Kuinka run Highlands Opera in the gorgeous surroundings of Haliburton, Ontario. The Highlands Opera Studio is recognized as one of Canada’s premiere training programs for up-and-coming opera singers. A series of masterclasses and rehearsals over the course of August culminate in a series performances at various venues in the Haliburton area. This summer will feature Women in Opera, Opera to Broadway, Puccini’s Suor Angelica, Strauss’s Ariadne auf Naxos, Harder’s Book of Faces and Atallah’s The Chair. Highlands Opera runs from July 22 to Aug. 26.

Founded in 1988 in Niagara-on-the-Lake by Atis Bankas, Music Niagara has since grown into a five-week festival offering Canadian and international musicians from across a wide musical spectrum. Music Niagara offers jazz, classical, choral and contemporary music. The festival also has education and outreach initiatives such as Young Virtuosos in the Schools and a performance academy. Events feature Countermeasure, Heather Bambrick, Elmer Iseler Singers and Frog and Henry. From July 14 to August 10. 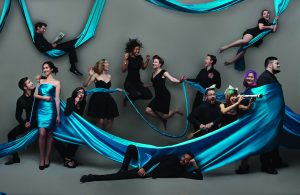 Established in 1987, Music at Port Milford is a chamber music festival and summer school on the shores of Lake Ontario in South Bay in Prince Edward County, Ontario. The festival offers concerts and outreach programs, including an adult choral collaboration and a choral day camp. The program, rich in string music, opens with Quatour Saguenay with Allison Gagnon and soprano Becca Kenneally. Other performers are the Tokai String Quartet, PUBLIQuartet with pianist Andrea Botticelli and the Port Milford Ensemble. The festival will also feature matinee concerts performed by students of the summer music school. 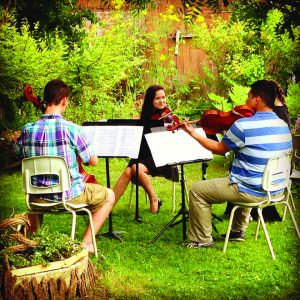 Festival of the Sound