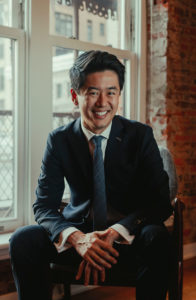 For its April 8, 2022 program, the Orchestre Métropolitain (OM) invited guest conductor Kenosha Watanabe, a young protégé of Yannick Nézet-Séguin, to lead a program that included a world premiere and quite possibly an additional premiere for Montrealers—songs composed by Alma Mahler in the Matthews orchestration. In the now seemingly obligatory opening remarks from the stage of any conductor of this orchestra, Watanabe talked briefly about Paola Prestini’s Barcarola, then paid tribute to conductor Boris Brott, one of Canada’s iconic musical forces, who was tragically struck and killed last week by a hit-and-run driver in Hamilton.

In 1996, the Juilliard Orchestra performed an early version of Prestini’s Barcarola while still a student at that institution. The OM presented the professional world premiere this evening of a recently revised version. The 15-minute, one-movement work, according to the program notes, “takes its poetic inspiration from (Pablo) Neruda’s (poem) Barcarola, which likens longing to the ocean and its tempests”. The opening notes from the lowest strings of the harps were followed by other sections of the orchestra, all of which succeeded in creating the yearning and intimations of the sea suggested in the poem, especially with sounds that brought to mind the wind, a foghorn, and bells through clever use of the snare drum, cymbals, and glockenspiel. Despite the impressionistic atmosphere, however, the work lacked forward propulsion, never living up to the promise of the rhythmic pattern of a barcarole. It lost its way near the middle and meandered towards an overly-loud and distorted blast of blazing brass in the last of three climaxes.

One of Canada’s most respected sopranos, Karina Gauvin, resplendent in an off-the-shoulder, dusky-navy gown—set off with a thick necklace of glistening, clear gems—sang seven songs composed by Alma Mahler, wife of Gustav Mahler. These were selected from two song cycles she composed in the early years of the 20th century. Sadly, Gustav insisted that she give up composing when they married so she could devote all her time to serving him. These gorgeous songs (each about night or dreaming) are equal to the best of Wagner and Strauss. Although Gauvin, a Baroque specialist (with over 50 CDs to her credit), did her best to project to the rear of Maison symphonique with her splendid, sustained high notes, her lower register lacked sufficient power and was often overshadowed by the orchestra. Contemporary British composers, brothers David and Colin Matthews, orchestrated the version sung by Gauvin. 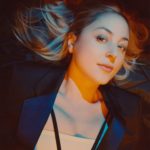 Debussy’s La Mer (1905), consists of three symphonic sketches lasting about six to nine minutes each. While the composer does not attempt to create explicit images in sound, he rather seeks to stimulate memories, emotions, and the imagination, allowing each listener to create a personal perception of the sea throughout the course of a single day. (The composer Eric Satie famously quipped, “I liked the bit at five minutes to twelve.”) But as with Prestini’s Barcarola, Watanabe failed to find its focus. He expended a great deal of energy into building up overly-loud climaxes, but couldn’t maintain cohesion in the orchestra or establish a unifying architectural line. The individual members and most sections (the five basses were not on risers and could barely be seen let alone heard well enough), as in the Prestini, performed splendidly, and Watanabe drew some felicitous colours from the players, but all in all this concert missed the mark.

The hall, with all patrons masked, was far less than half full. The ticket price of $118 for parterre seats for programs lasting just over an hour is rather pricey, and such concerts do not warrant an intermission. Texts for the songs were projected on a screen so high above the stage that I was unaware of them until a fellow concertgoer advised me afterwards, adding that they were so faint as to approach illegibility.