Many listeners equate George Frideric Handel with the Water Music and Messiah, the one oratorio everyone hears during the holiday season.

But what about the composer’s other oratorios? (He wrote about 30.) If you were looking to hear a long work besides Messiah and were in Canada’s capital region last weekend, you were in for a treat. The Caelis Academy Ensemble, directed by organist and conductor Matthew Larkin, and the Ottawa Baroque Consort offered a rousing performance of Israel in Egypt, premiered in London in 1739, two years before Messiah. To cap it off, former CBC Ottawa journalist Eric Friesen hosted the evening.

In the absence of program notes, Friesen briefly and clearly gave the audience the historical context behind Israel in Egypt, creating connections between the oratorio’s plot – the Israelites’ enslavement in Egypt before their deliverance from captivity and trip to the land of Canaan – and the horrific reality today of peoples’ being encamped by other forces. In addition, before the concert began, Friesen took us along a musical journey, all the while pointing out Handel’s exquisite use of word- and tone- painting. For instance, to describe the movement of flies, Friesen asked the audience to listen carefully to the violinists imitating the insects’ buzzing in rapid passages. We would hear this in “He Spake the Word,” the chorus describing one of the many plagues the Israelites suffered on their way to ultimate deliverance.

Friesen then made way for the musicians of the hour.

From the start, the performance was successful. After the orchestra provided the audience with a bright overture, we were led to a first recitative, nicely sung by tenor Asitha Tennekoon, the “evangelist” throughout the work. (Tennekoon was recently seen and heard in Terence Blanchard’s Champion, a contemporary opera performed at Montreal’s Place des Arts last month.) 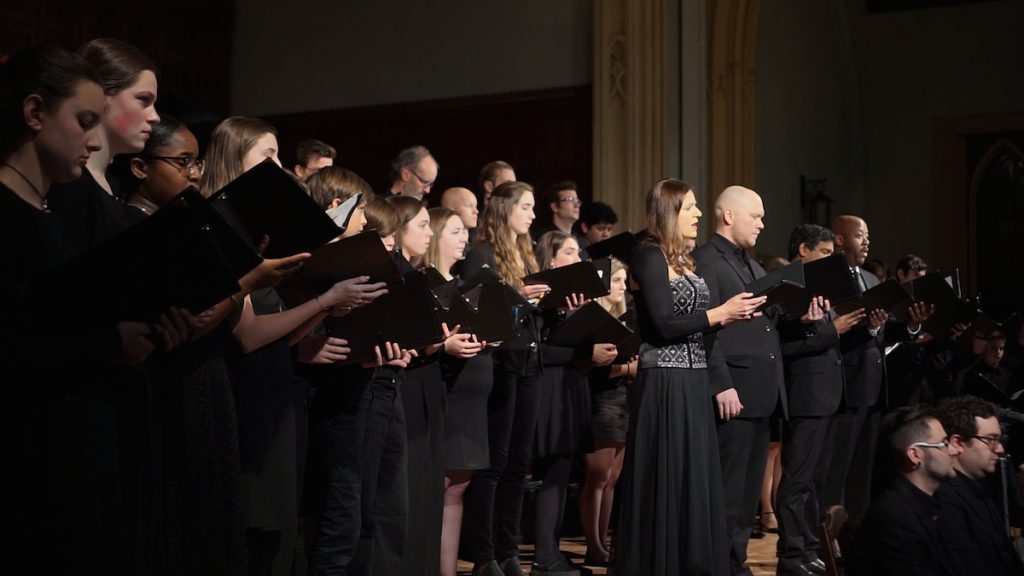 As soon as the Caelis Academy Ensemble sang the first chorus, it felt like the audience was taken to heaven. The choral sound was unified and velvety from beginning to end. Cut-offs were crisp and precise; melismatic passages, accurate and in time. Diction was excellent among choristers and soloists alike. Attention to dynamics was greatly appreciated, especially to distinguish narrative texts from the more declamatory outbursts.

As is customary, texts are often repeated in long works such as Israel in Egypt. To make the repetition effective, we noticed that the chorus and orchestra were more fervent in dynamics and intention. There was even a moment in the 12th chorus (“He Rebuked the Red Sea”) when Larkin’s hand gestures became intense, expressly showing Handel’s intensity at work.

Unlike Messiah, Israel in Egypt presents many more choruses. This is not to say that soloists are unimportant, though. The second half of Friday’s concert showcased all six in the form of arias or duets.

Of note were sopranos Ellen McAteer and Linda Tsatsanis and baritones Clarence Frazer and Jorell Williams. In both cases, the soloists made good use of ornamentation. It was nice to hear the sopranos dovetail each other in “The Lord Is My Strength.” In the baritone duet “The Lord Is a Man of War,” the audience was impressed with the singers’ sense of line in long, melismatic passages.

Although Tennekoon mostly sang recitatives throughout the concert, he had his moment to shine as a soloist in the aria “The Enemy Said.” Again, he had a wonderful sense of line in his coloratura and ornamented beautifully.

Alto and tenor duets are rare gems in most major works, but Handel inserted one of them in this 1739 work: “Thou in Thy Mercy.” Countertenor Andrew Robar and tenor Asitha Tennekoon took the centre stage and delivered a stunning performance. Both voices blended well. The final unison note sung on the word “habitation” was perfectly in tune.

To end the show with a bang, Tsatsanis started singing “Sing ye to the Lord, for he hath triumphed gloriously…” before the chorus tagged on, ultimately leading to “the horse and his rider hath he thrown to the sea.” In these words, we (literally!) heard the orchestra galloping like horses with their dotted and eighth-and-sixteenth-note motifs. 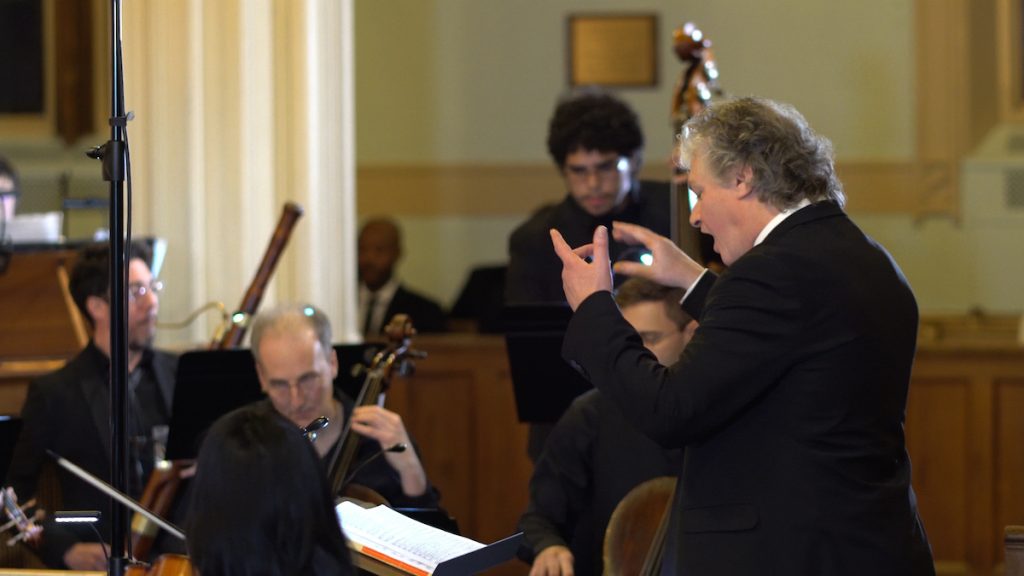 Overall, exquisite singing and playing took the Ottawa area by storm Friday night. The chorus was in good hands with Larkin (it took all of five weeks to assemble a demanding work); the instrumentalists were marvellous participants in narrating this oratorio thanks to Handel’s glorious orchestral writing.

Thanks especially go to Larkin for programming an oratorio that was likely unfamiliar to audiences. We hope that others are in the works.