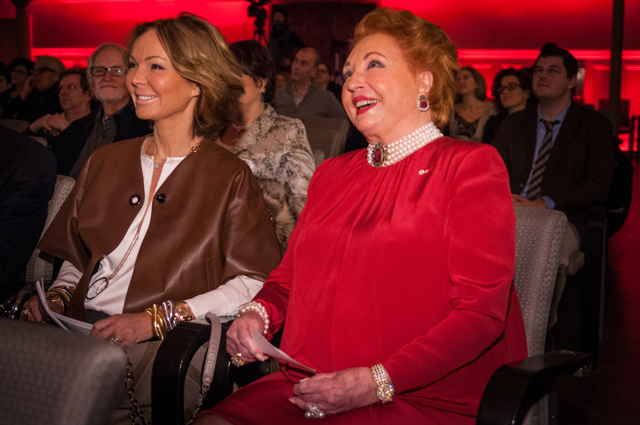 The 19th Prix Opus gala, hosted by the Conseil québécois de la musique, took place on February 7 at Bourgie Hall. In all, 27 laureates received prizes for their concerts, CDs, or the whole of their work. Here’s a look at the big winners.

The Violons du Roy received the Opus for success abroad, as well as an award for the concert of the year in Quebec, for their Messiah concert in December 2014. Composer Simon Martin won composer of the year along with a $10,000 grant given by the Conseil des arts et des lettres du Québec. Soprano Karina Gauvin was awarded the prize for performer of the year. Yannick Nézet-Séguin won musical director of the year, and while he was held up in London for a concert, he nevertheless recorded a video thanking the CQM and audiences for their support, recalling the fact that he’d celebrated his fifteenth anniversary as artistic director of the Orchestre Métropolitain last year.

New Artist of the Year

Pianist Charles Richard-Hamelin received the Opus award for new artist of the year, following his victory this year when he became the first Canadian in history to win a silver medal at the International Chopin Piano Competition. He also won third prize, as well as a special prize for the best performance of a Beethoven sonata at the Seoul International Music Competition and the second prize at Montreal’s CMIM in 2014.

A Prize in Homage

The “prix hommage” was awarded to Mrs. Jacqueline Desmarais in recognition of her forty years of music philanthropy. Over the years, Mrs. Desmarais has supported many musical and artistic institutions, especially young singers, through her foundation. Other notable personalities in attendance included Peter Gelb, director of New York’s Metropolitan Opera, and his wife, conductor Keri-Lynn Wilson. Mrs. Jacqueline Desmarais is an important donor to the Metropolitan Opera, to whom we owe the funding for broadcasts of The Met: Live in HD in Canadian cinemas, among her other contributions to vocal music.