As always, this year’s Baroque and Early Music offerings in Montreal promise to be passionate. Here are our top picks. 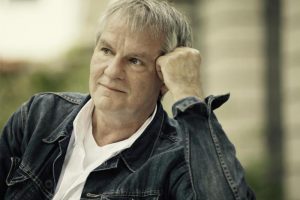 Tribute to Christopher Jackson with SMAM

It has already been a year since we lost Christopher Jackson to illness in September 2015. The Studio de musique ancienne, which he founded in 1974, will be paying him tribute by performing Claudio Monteverdi’s monumental Vespers, conducted by Julian Wachner. The singers, instrumentalists and Julian Wachner will be donating their fees to SMAM to help ensure the future of the ensemble. September 19, 7:30PM, Saint-Léon de Westmount Church. www.smamontreal.ca 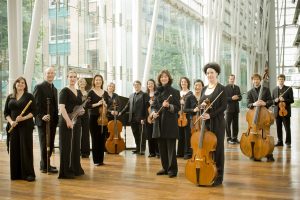 The Complete Bach Cantatas series at Bourgie Hall continues into its third year. This year Arion Baroque will kick things on September 25, under the baton of Alexander Weimann. The series’ fall lineup includes Les Violons du Roy (October 30), Les Boréades and the Chœur Saint-Laurent on November 27 and I Musici de Montréal (December 17 and 18). All concerts take place on Sundays at 2:00PM. Anyone wishing to sing the final chorale of one of the cantatas can arrive 45 minutes before the concert for a rehearsal. www.mbam.qc.ca

Bach’s complete organ works series, launched this summer, continues this fall at the Oratoire Saint-Joseph every Sunday afternoon at 3:30PM. (free admission). Organists from Canada and abroad will take part, including James David Christie (US) on September 11, Vincent Boucher on October 16 and Luc Beauséjour on November 20. www.saint-joseph.org

Who other than Matthias Maute would dare to perform Bach’s Italian Concerto on the recorder? His arrangement of the famous harpsichord work in a version for recorder and strings will be performed at Ensemble Caprice’s late season opening concert. The ensemble will spend most of the fall touring, notably in western Canada. Also on the program: Bach’s 3rd and 4th orchestral suites and Cantata BWV 152, Tritt auf die Glaubensbahn. Soloists: soprano Agnes Zsigovics and baritone Dion Mazerolle. November 23, 8:00PM, Bourgie Hall, as part of the Montreal Bach Festival. www.ensemblecaprice.com

Cafés and gardens with Arion Baroque

Idées heureuses on the hunt

The hunt has inspired countless composers. Les Idées heureuses has chosen this theme for a concert dedicated to Telemann and Graupner. Works for horn by both composers will be performed. Three Quebec soloists living in Europe will perform: horn players Pierre-Antoine Tremblay and Louis-Pierre Bergeron and oboist Daniel Lanthier. November 22, 7:30PM, Bourgie Hall. www.ideesheureuses.ca 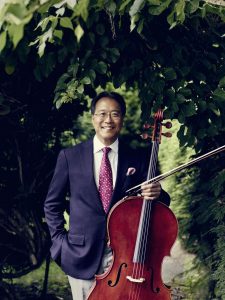 Yo-Yo Ma at the Bach Festival

To mark its tenth anniversary, the Montreal Bach Festival is welcoming none other than cellist Yo-Yo Ma for its gala concert. The famous cellist will perform Bach suites 4, 5, and 6 on December 2, 7:30PM, at the Maison symphonique. Fifteen other concerts are on the roster for the Festival’s tenth edition, with guest artists such as New York’s Choir of Trinity Wall Street, organist Jens Korndörfer, pianist Konstantin Lifschitz performing the Partitas for keyboard, the Café Zimmermann ensemble, Ensemble Caprice, Luc Beauséjour, the McGill Chamber Orchestra performing the Brandenburg Concertos and the Orchestre symphonique de Montréal performing the St. Matthew Passion on November 30 and December 1 at the Maison symphonique. This year the Festival runs from November 18 to December 4. www.festivalbachmontreal.com