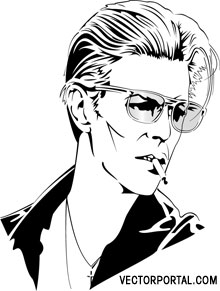 Reader, you have no doubt already raised your eyebrows. You may be asking yourself, why is a classical music magazine talking about David Bowie? He’s already being talked about enough elsewhere, no? It’s true that if you only know a few of his songs, it is difficult to explain the media whirlwind that has unfolded in the wake of his death. Additionally, if you are someone who despises popular culture, then it may seem somewhat over-the-top that everyone – except us – is paying him such a grand tribute. It is this revealing difference between those who are mourning David Bowie and those who do not understand why he is being mourned that has inspired this article, for in the wake of his death I have read and heard shocking statements being made, a reflection of what is at best ignorance, or at worst misplaced elitism.

In popular music, an artist’s importance can be measured not only by the quality of their songs, but also by references and homages to their work in other artistic media. David Bowie’s career spanned five decades, so it is impossible to discuss the entirety of his impact in one article. Few artists can boast such a long career whilst all the while being able to renew themselves. His influence on public representations of sexual identity and social acceptance of homosexuality (thanks to the provocative androgynous look of his persona Ziggy Stardust) would be deserving of a book in itself, with his influence on fashion and style occupying an entire chapter, and indeed Ziggy was partially appropriated in Quebec through the rock opera Starmania by Luc Plamondon. In terms of classical music, his experimental albums Low and Heroes (1977) inspired Phillip Glass’ Symphonies no 1 and 4. Likewise, we must not forget that Bowie had an interesting cinematic career and acted in such powerful films as Furyo/Merry Christmas, Mr. Lawrence by Ōshima or The Last Temptation of Christ by Scorsese.

In 1969, the year of my birth, David Bowie released Space Oddity a few days before Apollo 11 was sent on its mission to the moon. Many of use only discovered this song thanks to Jean-Marc Vallée’s 2005 film C.R.A.Z.Y about a young man coming to terms with his homosexuality in 1970s. In 2013 millions of people – 30 million on YouTube alone – rediscovered “Space Oddity”thanks to a rendition of it by Canadian astronaut Chris Hadfield, who used the song to make the first music video recorded in space. Bowie’s greatest commercial success, which experts consider to be a less musically rich period, came in 1983 with the release of his album Let’s Dance. I was a teenager then, and like many others I happily danced along to his music. However it wasn’t nostalgia for synthesizers that moved me on the day of his death but the sudden revelation that his disturbing video for Lazarus, which I had seen two days earlier on the day Blackstar was released, effectively announced his death while we were still unaware he had cancer. A mise en scène that is symbolic of his death, his last artistic gesture before bowing out. A testimony.

As a journalist for 10 years and covering classical music since 2009, I will never cease to be surprised when I see how far certain musicians are disconnected culturally from the rest of the planet and how proud they are of this. For certain people who consider themselves cultured, a disregard and contempt for everything “popular” (said with a somewhat condescending tone) is seen as sort of badge of honour, a satisfied conviction of superiority. Some of the derogatory comments that I have read after the death of David Bowie have bowled me over, talking about a “mental vacuum” and “supermarket music”. It is well known that David Bowie was an avid reader, devouring three or four books a week. The list of his 100 favourite books, which covers a wide range of genres, is testimony to someone with a curiosity for everything, in love with the profound and far from any so-called mental vacuum.

Let’s make one thing clear: we are perfectly entitled not to like David Bowie. He didn’t only do great things. However when we make a sweeping statement such as calling his contribution a “mental vacuum”, it reveals a superficial reading of what culture consists of – and thus of what makes up our society – in our time. When we music lovers compare classical music to popular music genres, classical music seems intrinsically superior for obvious reasons. Is this a reason to scorn the rest? Beyond snobbery, this wilful blindness to popular artistic phenomena and the refusal to decipher their meaning also represents a form of intellectual laziness. For fifty years the rise of popular culture has transformed society in thousands of ways. It is absurd that people continue to rehash the old cliché that any form of entertainment for the masses is entirely worthless. Fortunately this mentality is disappearing.

To conclude, I shall paraphrase Greg Sandow, composer, critic and professor at the Julliard School: “It is crucial that the world of classical music shows that it lives on the same planet as the rest of the world.” There’s something to reflect on, perhaps while listening to Life on Mars before returning to the Jupiter symphony or Holst’s Planets.