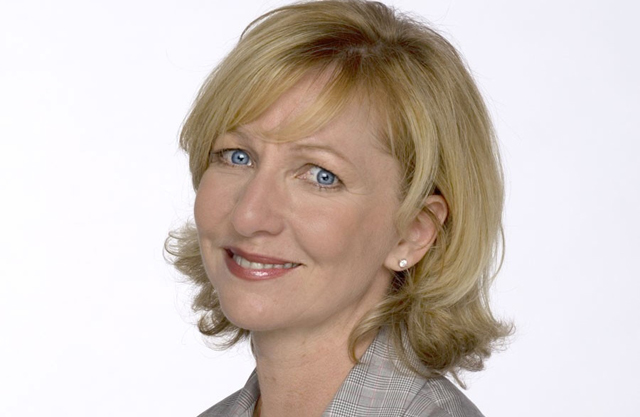 The Concours musical international de Montréal (Montreal International Music Competition, CMIM) will take place from May 22 to June 6. The violin will take pride of place and 24 competitors will fight it out for an $86,500 prize.

Christiane LeBlanc, general and artistic director of the competition, delights in stating that the CMIM’s popularity is growing from one year to another.

“The most exciting piece of news for us this year has been the 70% increase in applications. We’ve managed to reach out to more people and more countries. We’re happy as this increases the competition’s international presence. It’s a relatively new competition, only some 15 years old, so such an increase in the number of applicants is very encouraging for the future.”

To reach this stage the CMIM team has changed its recruitment methods. This time the competitors and their teachers have been targeted directly instead of going through their teaching institutions. Someone has even been hired to find the best violin teachers in the world and Christiane LeBlanc has written to each of them individually. The CMIM has also increased its presence on social media.

2016 will see a huge number of music competitions. Competition to attract candidates is fierce, and in addition to the already well-known competitions, there are now many competitions in Asia.

“You really have to be competitive and realize that this is a market we’re talking about. Competitors have a choice and look at the overall benefits. Of course they look at the monetary value of the prizes, but they also look at the engagements offered to winners. A lot of work is put into providing positions to winners after their participation in the competition. We have to keep abreast of what can attract them to ours. Aside from the prizes on offer, the CMIM is known for treating its competitors well. We pay for their plane tickets and competitors are warmly welcomed. We try to make sure that their experience is rich in both human and musical experience.”

Furthermore, the fact that the competition takes place in North America whilst many competitors come from Asia and Europe can be an obstacle for some people. The CMIM has seen to it that competitors do not have to pay anything, thanks in particular to a new program in which competitors are sponsored by business people.

“We are very happy with the new competitor sponsorship program. These people who choose to invest $2000 are matched with a competitor who they will often closely follow during the competition. This creates a link between them.”

Amongst these developments we should mention in particular the creation of the $1000 Paganini Prize offer by E. Noël Spinelli. This prize will be award to the best interpretation of the 24 Caprices, opus 1 by Niccolò Paganini in the quarter finals.

Thanks to a new partnership with the Bach Festival a further prize of $1000 has been added, along with an invitation to perform at the festival. Another prize worth $2000 offered by Tourisme Montréal will be offered for the best sonata in the semi final.

“It’s good thing that more competitors have the possibility to win something, as participation in a contest such as ours requires a lot of preparation.”

After a record increase in the number of applicants, the Concours Musical International de Montréal (CMIM) returns May 23 for the Quarter-final round. Established in 2002 by Joseph Rouleau and André Bourbeau, this year marks its fifth violin edition, rotating between the disciplines of voice, violin, and piano.

Of the more than 200 violinists who applied for the primary round, only 24 will take the stage in Bourgie Hall, representing 13 countries with an average age of 23. Remarkably, none of the 30 Canadian applicants made the cut.

The next round of the competition not only switches from recorded to live performance, but rotates the jury, as the Preliminary Jury comprised of Jonathan Crow, Boris Kuschnir, Douglas McNabney, Lucie Robert, and Andrew Wan makes way for the International Jury (see sidebar).

Christiane LeBlanc, Executive and Artistic Director of the CMIM, explains the composition of the juries: “When putting together a jury, we strive for balance: between women and men; between countries; and balance between performing artists, teachers and artistic directors.”

Notably, all of the International jurors are new to the competition this year. “Inviting first-time jurors is a good way of expanding our reputation, showcasing our beautiful city and our wonderful concert halls, and – of course – our extraordinary accompanying orchestra, the OSM,” states LeBlanc.

In general, deliberative bodies are shrouded in mystique – and from the outside, the CMIM International Jury seems no different. But while the audience may search for the secrets behind the white smoke, the jurors’ criteria for violinists is – as it turns out – relatively uncomplicated.

“The first thing I look for is a distinctive warm tone,” states Montreal’s own Boris Brott. “For a violinist the ‘sound’ is the most distinctive quality. Then purity of intonation, technical facility, and a broad range of dynamics. Finally, a sense of musicianship and structure. Adding all of this together, a performer must showcase a distinctive personality.”

A balance of musical and technical elements is also important for Ida Kavafian, who explains that the field is so competitive that it is not enough for a performer to exhibit one or two qualities. “One must look for a performer that has everything in balance: intellectual musicality, playing that comes from the soul and the heart, as well as technical excellence. The playing must be about the music, and not about the performer. I look for someone that has confidence but not ego, someone that respects the music above all.”

The jurors agree that technique should not be an end in itself but should serve the music. “A commanding technique allows for the freedom to express the widest range of musical expression,” states Kathleen Winkler. “Some of the most rewarding performances I have heard have come from performers whose technique wholly served the music, wedding the two in such a way that they were totally inextricably entwined. Technique should be the vehicle through which music is spoken, and not simply viewed as an entity unto itself, even in the most challenging of compositions such as the Paganini caprices.”

Though the subjective elements of music are difficult to adjudicate, Kavafian evaluates first and foremost whether or not the competitor respects the composer’s intentions. “Being true to the composer is a given, but each listener – whether on the jury or in the audience – will have their own preference regarding what they consider ‘musical.’ For an audience member, the subject can stop there and they can pick their favorite performers but for a jury member, we must not let our own preferences colour our decisions. If a performer is convincing and compelling about their interpretation within that context, I will recognize that fact whether it is my preference or not.”

This year, with the introduction of the Paganini Award for the best performance of a Caprice in the quarter-final round, there are more opportunities than ever to recognize young talent. “The Special Prizes can be awarded to competitors who do not necessarily make it to the final round, but who have excelled in certain areas,” states LeBlanc. “The preparation for an international competition like the CMIM is very demanding, and we are pleased with the idea that many will come away with a reward.”

It takes nerves of steel to compete against some of the greatest violinists of your generation, especially in front an experienced panel of judges. Except this contest is certainly worth fighting for because of the experience to be gained, the scholarships on offer and the professional encounters that could be critical to an artist’s career, not to mention the commitments and engagements offered by the CMIM thanks to its artistic partnerships. If you cast your eye over the resumes of the participants most of them will have had a flourishing start to their careers.

Such is the case of the first place winner of the competition in 2013, Marc Bouchkov. Born in 1991 into a family of musicians, this brilliantly talented violinist began learning to play his instrument at the age of 5. This prize has made its mark on his career.

“In terms of the development of your career, winning first prize in an important competition such as the one in Montréal usually ensures a very prompt reaction from concert organizer, teachers and other musicians. It’s essentially a very nice business card.”

The context can therefore be a very useful springboard for a career, but it’s no excuse to rest on your laurels. “Winning a prize is amazing but it’s just the start. Making good decisions in terms of choosing which concerts, festivals and other engagements you take part in is still very important,” he adds.

Marc Bouchkov confirms he has a special relationship with Montreal. “Such memories! I must admit every time I come to Montréal, I am always impressed by the warmth and kindness of the people of Montréal.” Bouchkov is set to return for the 2016 edition of the context.

Among the past winners who are doing reasonably well are Yossif Ivanov and even Benjamin Beilman, who has just signed a major record deal with Warner.

Since the first edition of the contest in 2012, nearly 400 high-ranking competitors have been welcomed to Montréal, much to the delight of music lovers. Does the road to success pass through Montréal? It would appear that the metropolis is an important springboard for the stars of tomorrow.