“The most beautiful piece written for the clarinet is Mozart’s Clarinet Concerto in A major and we did a study on it at the Louisiana University of Jazz with my friend Wynton Marsalis… We arrived to the conclusion that Mozart was not from Austria, he is from the New Orleans! And that the right way to play Mozart’s Clarinet Concerto in A major is as a blues, in fact, a New Orleans blues!”

Winner of 14 Grammy Awards with a discography of more than 30 solo albums since he first started his career in the mid-60s, clarinetist and saxophonist Paquito D’Rivera is one of the last living legends of the Latin Golden Era of Jazz. Having played with the likes of Dizzie Gillespie and Yo-Yo Ma, D’Rivera moves quite easily between jazz and classical music as both performer and composer. Paquito D’Rivera played last night at Pollack Hall, part of the Night in Havana at the Montreal Chamber Music Festival.

Backed by a young band of Zach Brown (Bass), Eric Doob (Drums), and Alex Brown (Piano), D’Rivera showcased his skills and experience from the start. Virtuosic, full of life and movement, each tune got better and better, giving us a glimpse into the soul of more than five decades of clarinet and saxophone performances. It took some time for the rest of the band to loosen up, but when they did, it was nothing short of magic.

Between songs, D’Rivera explained some of his musical inspirations and made the audience laugh through intelligent wit and overall good humour and sense of play. Moreover, the audience became part of the act when D’Rivera asked them to follow his clarinet melodies by singing. Cubans and Latin-Americans in the audience, eager to see one of their renowned performers, gave a different air to the usual audience at the Montreal Chamber Music Festival.

Indeed, the evening fell right in line with the vision of Artistic Director Dennis Brott for the 2016 edition: “With the theme ‘Connected to the World!’ The Festival highlights music’s power as an universal language connecting nationalities, styles and genres, and audience and performer, in extraordinary emotional experiences.” 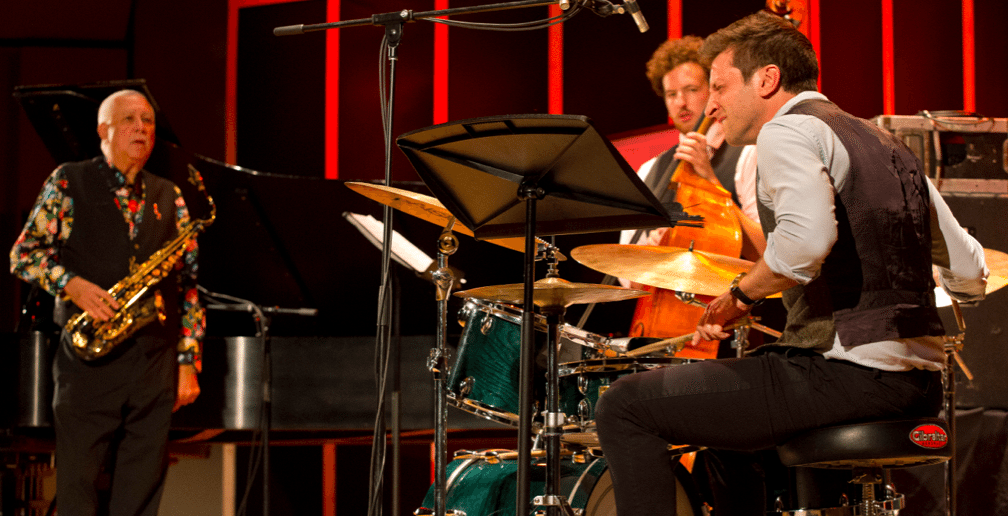 D’Rivera brought different composers to the spotlight from across the American continent, from Ernesto Lecuona (Cuba) to romantic idol Armando Manzanero (Mexico) to trend disruptor and musical genius Astor Piazzolla (Argentina). Although played often in Montreal’s classical and jazz scene, 9 times out of 10 Piazzolla is performed with a simplified rhythm that misses the syncopated character of his music—the character that gained him both the scorn of older generations as well as worldwide recognition by his peers. It was thus refreshing to hear the musicians play Libertango with the counterpoint arrangements, backbeats, and shifting accents that honour the tune’s original vital force.

D’Rivera, in fact, was quick to compare trailblazer Piazzolla to others in his musical inspiration list of composers. He mentioned Charlie Parker, Shostakovich, and Beethoven, reminding the audience how their musical journeys were met with strong opposition from the status quo. As he said, “They made their lives miserable!”

In a sense, he might as well have been talking about himself. After leaving Cuba in 1981, seeking asylum in Madrid’s American Embassy while on tour in Spain, the Cuban government quickly turned its back on his music and legacy, trying to eradicate him from Cuban consciousness.

Unsurprisingly, Cuba was not in his vocabulary last night. When he talked about his homeland he would jokingly say, “Yugoslavia! The Caribbean part of Yugoslavia!” D’Rivera himself wondered aloud why organizers called this show Night in Havana; the Havana native hasn’t set foot on the island in 35 years. 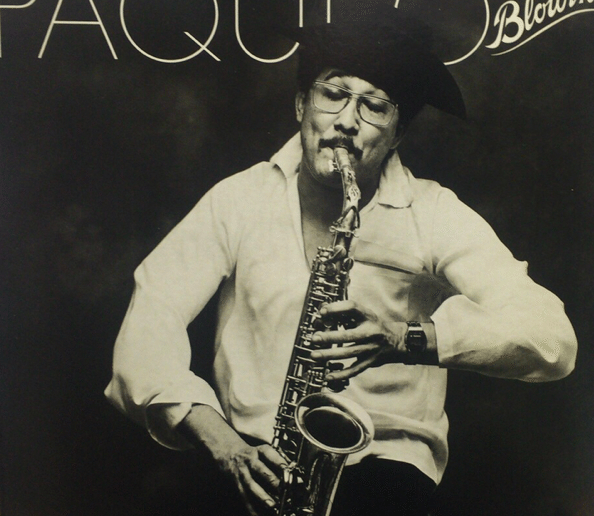 His first solo album Paquito Blowin’ (1981, Columbia records), after which he was considered a sort of a “phenomenon” in the U.S.

D’Rivera left Cuba at the age of 32. Son of a saxophonist who practiced 26 hours a day and who had a musical imports shop, the young D’Rivera had his first saxophone at the age of 5. He was 7 when he played for his first live audience at his neighbourhood elementary school. At 10 he started playing with the National Theatre Orchestra, where testimonial accounts state that audiences were left speechless. At 17 he became soloist for the National Symphonic Orchestra, and a few years later he was a founding member of two important Cuban musical institutions that survive to this day: the Irakere musical ensemble and the Orquesta Cubana de Música Moderna. After leaving Cuba he traveled the world, playing with some of the world’s best and in turn becoming the living legend he is today. 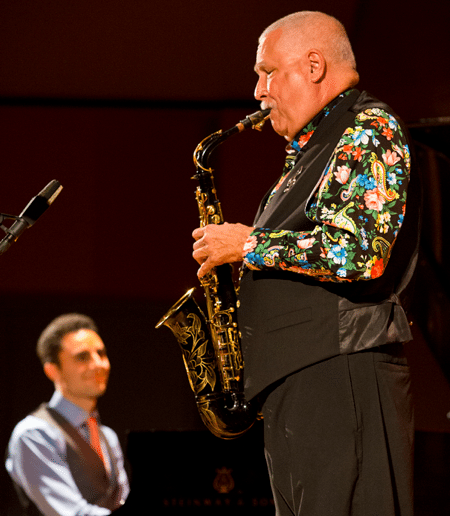 Completely at home on the stage, D’Rivera danced, improvised, and told stories that amazed and delighted. He also kept a careful eye on his young fellow band members. Pianist Alex Brown, classically trained, had a bit of rough time with a solo in a Bossa Nova piece that D’Rivera wrote when his friend Dizzie Gillespie past away in 1993. Again the rhythms, the freedom, and the complexity was demanding. For the next piano solo, D’Rivera walked right next to Brown’s piano and listened and stared intently. The pianist struggled with the demanding changes and double scale melodies, but this time he succeeded, gaining a welcoming applause from both his mentor and the excited audience. Live music allows for this magical on-stage flow and dialogue of talent—and there is no better place to witness this magic than at the Montreal Chamber Music Festival.

When it was time to leave, D’Rivera took a standing ovation and came back on stage for an encore. Indeed, it seemed hard to let him go and many in the audience expressed how they could listen to him forever. For the encore, D’Rivera played a composition, arranged by pianist Alex Brown, of Armando Manzanero’s Llévatela. You would be hard pressed to find a more beautiful rendition of this humble song about love’s twists of fate. After the show, D’Rivera signed autographs, shook hands, took photos, and shared stories with fans. It was a perfect ending for a beautiful night. 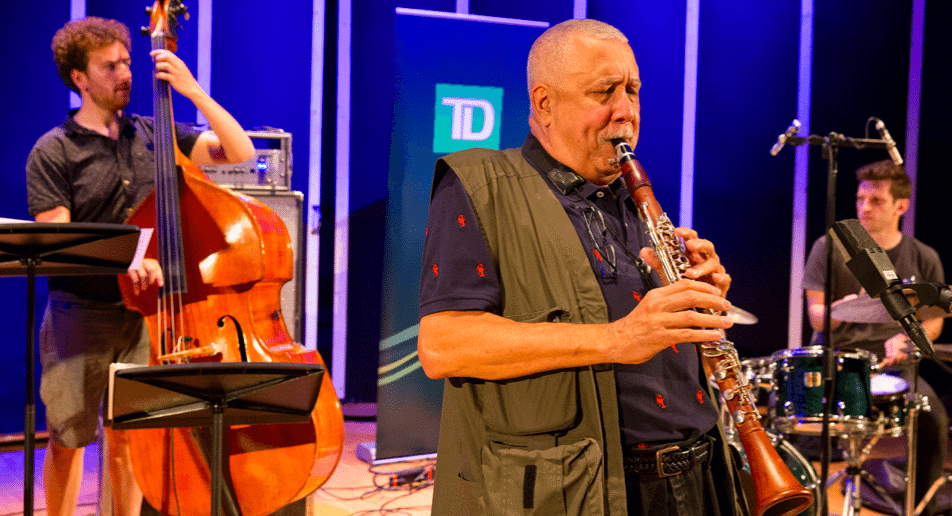