Banff, Alberta — The 2019 Banff International String Quartet Competition ended in an unprecedented tie on Sunday afternoon. Both the Marmen Quartet from Great Britain and the Viano Quartet, with members from Canada and the US, split the prize money assigned to the first place and third place laureates, giving each group $16,500. The organizers decided to award the second-place cash prize of $12,000 to the American Callisto Quartet

Because of this unusual result, the logistics of distributing some of the other perks for winning, such as the two-year residency at Southern Methodist University in Dallas worth $160,000 and multiple tours in North America and Europe, which would ordinarily go to just one group, will need to be worked out, competition direct Barry Shiffman said.

The Southern Methodist sojourn was added to this BISQC’s prize pool. And from the stage, about two hours after the jury began deliberating, Shiffman also said that the St. Lawrence String Quaret, in longterm residency at Stanford, wants to host the winners in various ways as well. This opportunity was offered only a couple of days ago, said Shiffman, who was a founding member of the St. Lawrence, which won BISQC in 1992, and the St. Lawrence has maintained a close relationship with the Banff Centre ever since.

At a short press conference following the awards ceremony, both quartets were emphatic that they never want to participate in a competition again. But violinist Johannes Marmen didn’t dismiss the value of competing to build an excellent ensemble. “Competitions for music seem like a really silly idea because it’s not quantifiable like sports. There’s this notion that it can’t really be done, and there’s some truth to that. But I also think that it’s not possible to do well in a competition unless you fully commit to what you believe in as an artist because that’s how you convince your audience and, in the end, the jury. Although there seem to be many things that seem wrong about competitions, they can bring out artistry too.” The Marmen Quartet had won or placed high in several other competitions before coming to Banff.

Throughout the weeklong competition, both Marmen and Viano displayed consistently high quality performances. Marmen impressed the jury with their playing of a compulsory Hayden quartet on day one. They received an additional $3,000 for their performance of Haydn’s String Quartet in B-flat Major, Op. 50, No. 1. Marmen and Viano also shared the $3,000 prize for the best performance in Round Three of the commissioned quartet, Bright Ferment, by Canadian-Finnish composer Matthew Whittall.

After the seven quartets who didn’t make the final were revealed late Saturday night, the remaining three played a late Beethoven quartet on Sunday afternoon. At that point, there were still 38 points at stake, 25 for the Beethoven and each judge had 13 at their discretion. 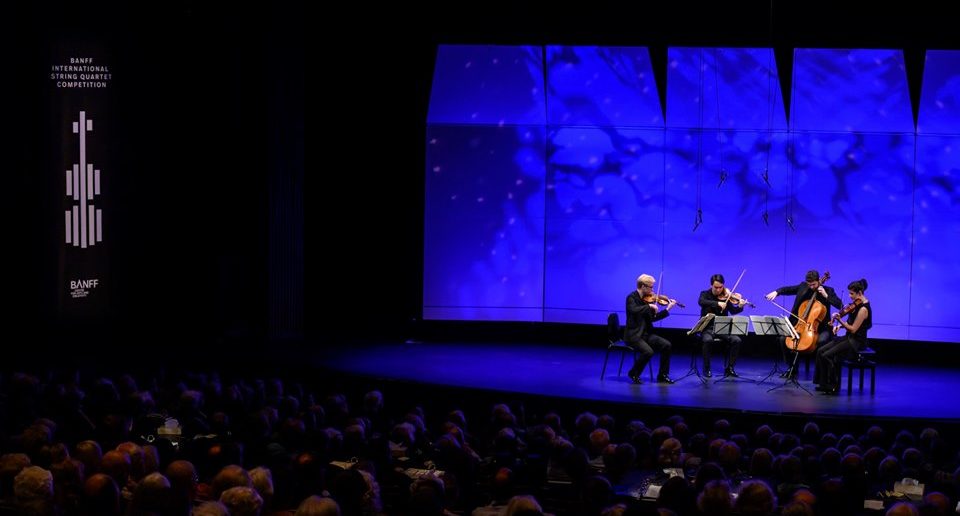 Marmen performed  the Beethoven String Quartet No. 14 in C-sharp minor, Op. 131, and except for a small lapse in the Presto movement, they demonstrated all the excellent qualities evident in earlier rounds. 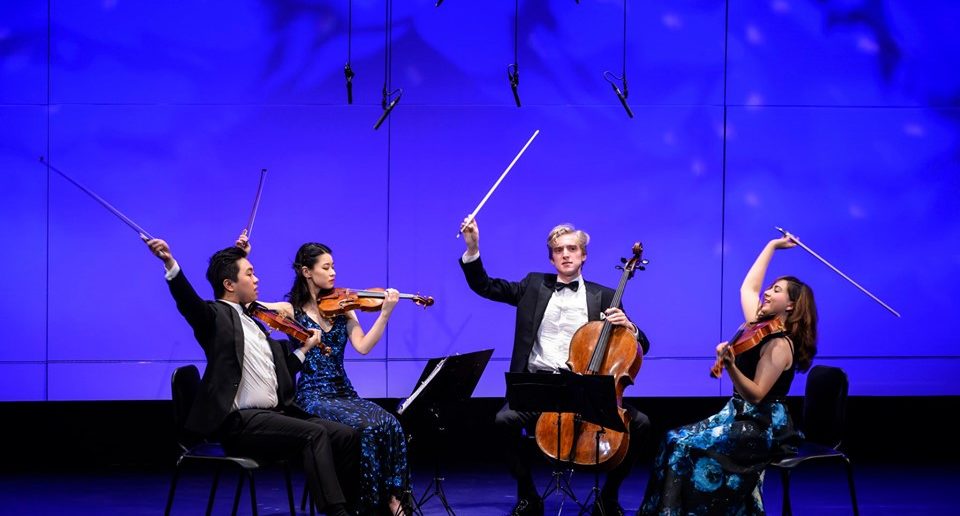 Viano played the less sublime String Quartet No. 9 in C Major, Op. 59 No. 3. Once again the virtuosity of violinist Hao Zhou was on full display, and with the opportunity to dazzle, he and his cohorts concluded their BISQC final with a succession of increasingly faster repeats in the Allegro molto that inevitably brought the packed Eric Harvie Theatre audience to its feet.

Callisto offered the String Quartet No. 8 in E minor, Op. 59 No. 2, but their effort fell short of the quality exhibited by the other two ensembles. In fact, the prevailing opinion was that any one of several other quartets could have filled that third Sunday spot.

This jury included the Kronos Quartet’s founder David Harrington, who after more than 40 years in the string quartet business had never been on a competition jury. It was only through Shiffman’s gentle coaxing that he agreed to do it this time. Although he wouldn’t do an interview about his experience, caught on his way to the post-competition reception, he did say that he’d had a very positive experience in Banff, and would consider being a juror again, if asked.

Shiffman and his associates succeeded in making BISQC as benign a week of string quartet music-making as possible, and also relaxed and enjoyable for the hundreds of audience members, some of whom have been coming since the first one in 1983. There were also many first-timers this year.

Some of that positive energy Harrington alluded to was evident in more casual settings as well. The campus pub was set up with what was affectionately known as the Esterhàzy Castle, in honour of Hayden’s well-known place of work. Over the course of the week, amateurs and professionals read through quartets after hours, and one evening five of the actually jury members showed up to play, another unprecedented moment in the history of this competition.

The next BISQC will be in 2022, and by then, thanks to a large donation from an anonymous Calgary philanthropist and longtime supporter of the Banff Centre, the aging Eric Harvie Theatre will receive an estimated $7 million refurbishment, including new seats, improved accessibility (for the many walkers and canes among the BISQC patrons), and better sightlines. After sitting through roughly 30 hours of string quartets, the audience cheered to hear that the well-worn, threadbare seats they had occupied for the week would be no more.

All the BISQC rounds have been archived at theviolinchannel.com and Facebook.

Here is the official press release: