Tim Brady is an atypical electric guitar composer and performer. He seeks, in a way, to rehabilitate an instrument often confined to popular music, notably rock, and to make it a legitimate source of inspiration for so-called “serious” compositions. The COVID-19 pandemic has led him, like so many other musicians, to question his profession and his practices. 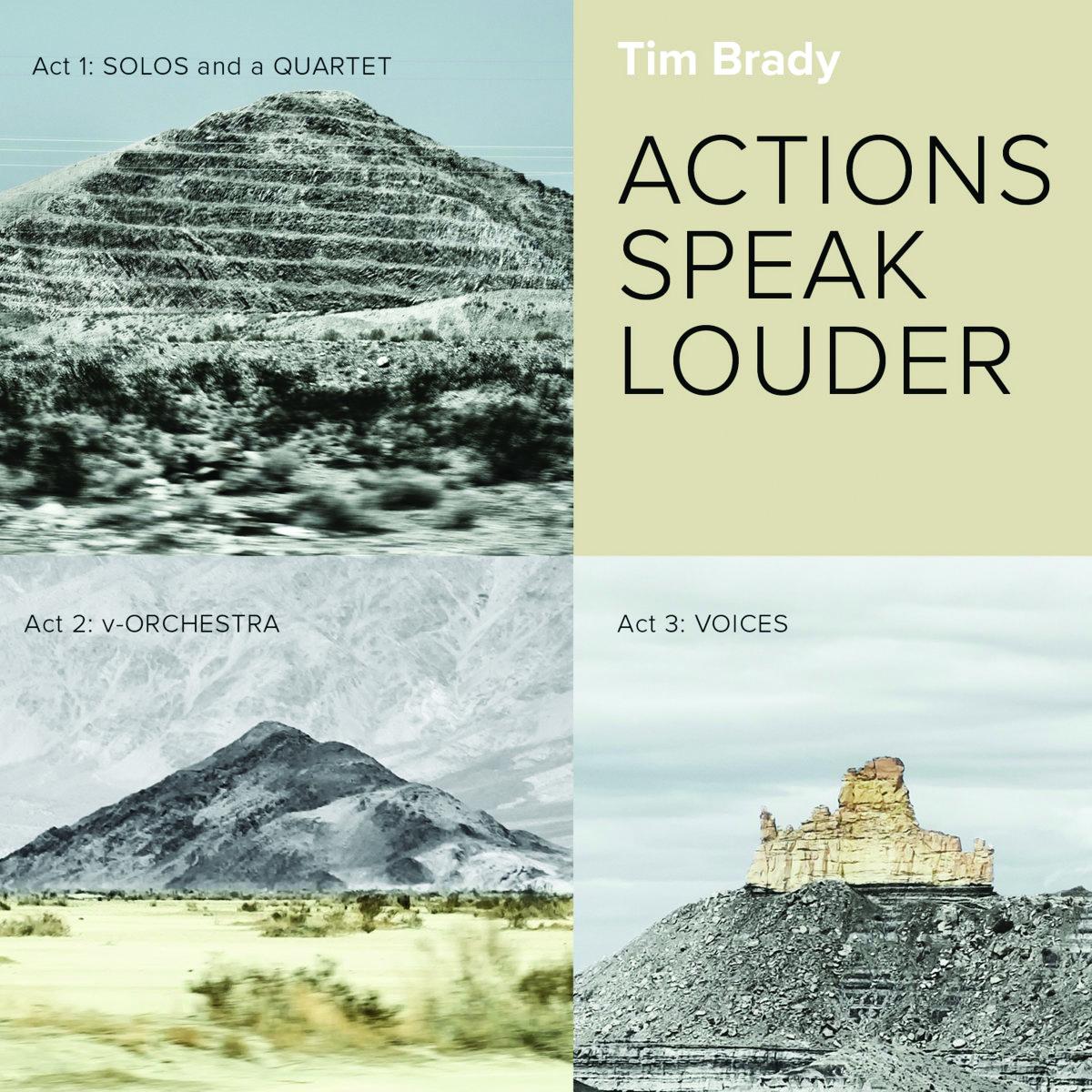 This process of reflection has given birth to a series of three albums grouped under the title Actions Speak Louder, a reference to an expression that also exists in French: “Les actes valent mieux qu’un long discours.” Brady intentionally omits the words “speech” or “discourse.” He rejects the tendency of musicians and critics to categorize music as this or that – a practice which, according to him, leads to division and pigeon-holing rather than gathering around what should be a common passion, the simple act of making music together. These three records celebrate the essence of music-making, which should always take precedence over theory or analysis.

FIRST DISC: guitar solos accompanied by electronics, all interpreted and supported by Brady himself. The textures are quite simple, but they nevertheless push the acoustic limits of the instrument by producing continuous tones of equal intensity, like a pedal.

SECOND DISC: an orchestra and textures that are much denser and more dissonant. Brady still plays a solo part, but is joined by violinist Helmut Lipsky and percussionist Shawn Mativetsky. Each of these soloists improvises above the orchestra under distanced conditions created by the pandemic.

THIRD DISC: Voices are in the spotlight. Brady here reissues a recording of his Revolutionary Songs cycle, which was composed in 1993. Performed by soprano Nathalie Poulin, André Leroux on saxophones, Gordon Cleland on cello, Louise-Andrée Baril on piano and Marie-Josée Simard on percussion, this work is imbued with the minimalist style we associated with several composers of the second half of the 20th century. There is also the influence of György Ligeti, the composer of several renowned works for choir. This last disc is certainly the most accessible of the three. It will appeal to neophytes or the curious who want to venture into the world of contemporary music. JB