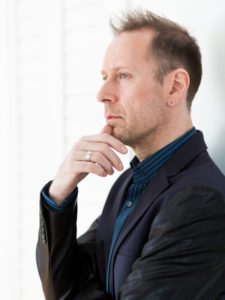 Premiered a little under a century and a half ago, Jacques Offenbach’s operetta La fille du tambour-major was the last in a series of stage works that packed Parisian houses for 20 some years. Simon Fournier, artistic director of the Opéra bouffe du Québec, shared a few of his insights on this work, with which he chose to mark the 200th anniversary of the composer’s birth.

“Staging Offenbach is no piece of cake,” Fournier states at the outset. “Tempos shift all the time. And being a man of theatre, his ­instructions and suggestions have to be ­accounted for in any production.

“In a nutshell, then, the Frenchman’s works must be approached as a collaborative effort involving equal amounts of caution and care. My work goes hand in hand with that of stage director Alain Zouvi and choreographer Monik. Our task is to put together a package bound to keep audiences in stitches.”

For all of the hearty laughter that was part and parcel of Offenbach’s oeuvre, Fournier ­reminds us that the man was quite a practical joker: “Offenbach had an impish streak in him. Stories about the tricks he played on ­others while playing cello in pit orchestras are legion, like lifting tunes off other musicians’ parts or toying with music stands to have them fall apart during a concert.” But antics like those are just part of the Offenbach story. The timelessness of his operettas result from meticulous attention to detail, a sense of ­theatricality and a mastery of compositional craft, all of which aim at producing maximum effect, with hardly, if any, hint of outdatedness.

Set in a military environment, the operetta is actually a love story strewn with more plot twists you can count. True to form, the composer takes aim at the foibles of politicians, the military and the bourgeoisie. The looseness of the libretto allows it to be reworked according to need, including the deleting of references to past events of little relevance now, thus ­creating the possibility of giving it a more ­contemporary spin for today’s audiences.

“It all boils down to telling a story,” Fournier insists. “Which explains why ­Offenbach’s works remain popular to this day, for people always love to be told stories. I will settle for nothing less than a very high standard in this production, and that goes for the ­acting, the staging and the music, all of these ingredients ensuring its fast and furious pace.”

“In opera, the soprano dies,” Fournier says with a twinkle in his eye. “In operetta, she dies, too, but laughing!” On that bon mot, may Fournier and his crew bring people to the edge of their seats and, maybe, have them fall out of them once and a while.