This album offers a happy musical reflection of publications of recent decades. The Acadian folk songs are from compilations published in 1988 and 1996. Musical style range from the languor of Écrivez-moi to the light touch of Moine Simon. The Louisbourg Choir, directed by Monique Richard, lends rich tone and consistency to these songs, whose harmonies have been carefully chosen to give them a traditional sound, complemented by the instruments of the Skye Consort: recorder, chalumeau, rauschpfeife, cittern, violin, nyckelharpa and cello. 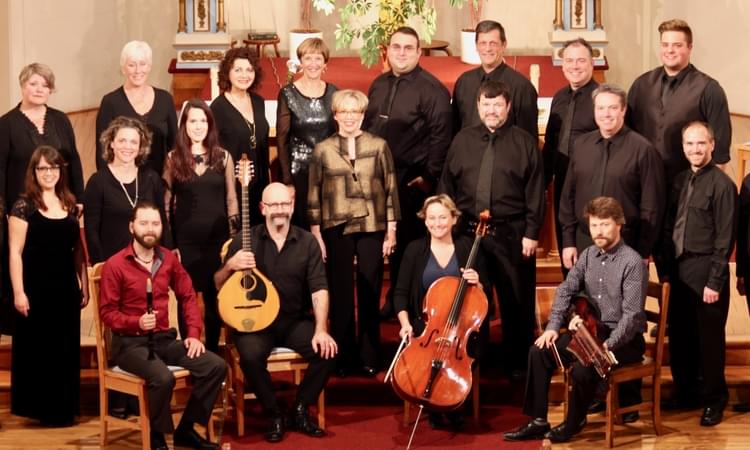 Jacotin Le Bel’s songs complement a 2004 publication by musicologist Frank Dobbins, which brings to light an important part of the work of this elusive composer. Often confused with some of his contemporaries because of the frequent use of the name Jacotin, Le Bel (c. 1495-c.1556) served in his time Pope Leo X in Rome and François I and Henri II of France.

Like his contemporaries, “minor masters” such as Claudin de Sermisy, Pierre de Manchicourt, Pierre Certon or Antoine Mornable, Jacotin was eclipsed by the prestige of his predecessors, Josquin des Prez and Jean Mouton. However, their contribution to vocal polyphony deserves to be better known. In complex writing that uses melisma to great effect, the Louisbourg Choir performs with precision and a rich, unified sound, bringing substance to the music of Jacotin in the ethereal atmosphere of Mount Royal United Church in Moncton.

This album is a great success that fills a gap in the discography with intelligence and care. The booklet is thorough, from the perceptive notes by musicologist Patrice Nicolas to the invaluable lyrics of the songs. A fine scholarly contribution that is also accessible to a wide audience.