You are at:Home»Classical Music»Piano»Lucas Debargue: Clearly a Pianist to Contend with

It was one of a few surprising comments. Lucas Debargue, speaking from his home in Paris, said he was not particularly disappointed by his failure to win the International Tchaikovsky Competition of 2015.
He was, indeed, rather happy with his fourth-place finish – behind five other contestants, keeping in mind the ex-aequo results – regardless of the scandal it caused in Moscow.

“My fourth place did not prevent me from getting a lot of concert opportunities,” Debargue pointed out. “If I had been first, I would have had a huge pressure on my back.

“And there are concert organizers who would invite me just because I was first, which is absolutely not interesting for me. There are a lot of competitions, a lot of winners and first prizes. Why am I invited now? It is not for being first.”

More than four years later, it is fair to say that the Show One organization is presenting the 29-year-old Frenchman on Jan. 19 for his intrinsic – some say transcendent – qualities as a pianist rather than his competition record. 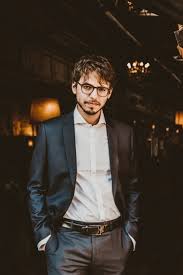 The program in the Maison symphonique (heard also in Toronto on Jan. 16 at Koerner Hall) begins with Domenico Scarlatti, the composer Debargue has championed on Sony Classical with a four-disc album comprising 52 sonatas, including 10 not featured on any recordings other than the traversals of all 555 sonatas by harpsichordists Scott Ross (1988) and Pieter-Jan Belder (2007).

“Still my reference,” he says of the Erato cycle by Ross, a former professor at Université Laval who died in 1989. “A work of genius. And this is harpsichord music, nothing to do with the piano.

“But my instrument is the piano, not the harpsichord. So, to play this music the best way I can, I have to do it on the piano.”

Debargue does not regard such a step as illicit in principle. “Most music, even orchestral music, was played on different instruments and with different tuning,” he says of the baroque era. “And there are so many parameters that have changed.

“There are performers now who specialize in early music and the old sounds, but it is impossible to be 100 percent sure, even if we have some documentation. I don’t think [early music]has to be performed on historical instruments. Bach is performed by string quartets and on brass instruments. I don’t see any problem with that.”

The important thing is to complement this liberal philosophy with awareness of original conditions. Debargue investigated the period harpsichord collection at the Paris Conservatoire before embarking on the Sony project. Getting a sense of harpsichord touch and action paid dividends on the piano. “A lot of things seem obvious, then, when you develop an interpretation.”

One result of his research was a decision to withhold that standby of pianistic expression, the sustaining pedal. “The natural reverb in the place was enough for me,” Debargue said, referring to the Jesus-Christus-Kirche in Berlin, where he made the Scarlatti recordings on a Bösendorfer 280VC last September. “I was not looking for something original or special. I was looking for something clear.”

Many of the 52 sonatas Debargue chose (and, indeed, the 10 he plays in Montreal) will be unfamiliar to fans of Argerich, Horowitz and Michelangeli. The jubilant Sonata in C Major K. 159, arguably Scarlatti’s greatest hit, is missing.

“When I made my selection, first I bought the 11 volumes [i.e. the Scarlatti edition prepared by the Montreal-born harpsichordist Kenneth Gilbert],” Debargue recalled. “Then I closed my door, I stayed in my place with the piano for one week, just sight-reading the whole thing. It’s 37 hours of music. It requires one week. And I did this three times.”

His first short list numbered between 70 and 80. Eventually the total dropped to 55. The pianist recorded 53, all but one of which made the cut. “It was hard to choose,” he says. “But I am happy with the results.”

Following Scarlatti, Debargue plays Ravel’s Gaspard de la nuit, Medtner’s Sonata in G Minor Op. 22 and Liszt’s “Dante” Sonata. None of these works is easy. Gaspard is often cited as the most taxing of all piano standards. Is its reputation deserved?

“I never think technically,” Debargue said. “This word [i.e. technique] and this conception have really invaded discussions about music, and especially the virtuosic piano stuff. I don’t think one second about all this.

“A lot of my colleagues, and myself, will tell you that a Mozart piano concerto is much more difficult than this piece, for many, many reasons, even technically.

“It is true that [in Gaspard] there is a huge number of notes. The piano writing is really dense. And people will say of Rach 3 [Rachmaninoff’s Piano Concerto No. 3] or the Prokofiev Second Piano Concerto, ‘Oh, this is so difficult.’ For me a Beethoven piano sonata is much more difficult. There are many more parameters to master.

“Of course, if you look at the score of Gaspard, you can be frightened at first sight. If you remove all the arpeggios, all this virtuosic writing, and just keep the harmonies and melody, the whole plan is much simpler.”

And the priority, even in the densest virtuoso thickets, is clarity. “This is my main obsession, actually,” Debargue said. “Even impressionist music, fantastic music, still has to be clear. One has to hear the notes, hear the bass, to have a clear balance.”

The pianist equates these ideals with musical consciousness. “If I sit at the piano and just read a difficult score and learn it note after note and put it in my fingers, I would not be able to play concerts. I need to be conscious of what I am doing. I need to have my brain on. I cannot turn my brain off.”

Having demolished the notion of technique, the pianist was prepared to attack to the widespread belief that early training is essential to developing career-worthy skills. It is a debate close to Debargue’s heart because of his own unusual history, having started the piano at the grand old age of 10 and taken four years off in his later teens to work at odd jobs and pursue literary interests.

“Now there is a notion that a child must start early, at 3 or 4, and get used to daily training. For me this is stupid, absolutely stupid. Because what is really important is the individual choice of the musician. Would I do this? Would I do this for a living? Would I devote my time and energy to this kind of life?

“This is the main question. You can bear mountains once you have said yes to this question.”

Lucas Debargue performs on Jan. 19 at 2:30 p.m. in the Maison symphonique. He plays also in Toronto at Koerner Hall on Jan. 16 at 8 p.m.
www.showoneproductions.ca