You are at:Home»Classical Music»Vocal»Choral»Impressive Mahler from the OUM — and some friends

Hard to fault the Mahler Third Symphony heard Saturday night (April 13, 2019) in Salle Claude-Champagne. Very hard, if the criteria are performing standards and the grasp of the score shown by Jean-François Rivest, founding artistic director and principal conductor of the Orchestre de l’Université de Montréal.

It should be noted, however, that the 100-plus players on stage included a high proportion of professors and alumni, including veterans we see often enough in professional situations. Only three of the eight double bassists, to judge by the printed program, were students. The first timpani part was undertaken by none other than ex-dean Robert Leroux.

The liberal cohort of profs and pros was justified in part by the celebratory nature of the concert, marking the 25th anniversary of the orchestra. Many alumni and faculty were in the enthusiastic crowd. There were speeches, including a discourse by Rivest on Mahler’s artistic ambitions in this astounding 99-minute canvas. 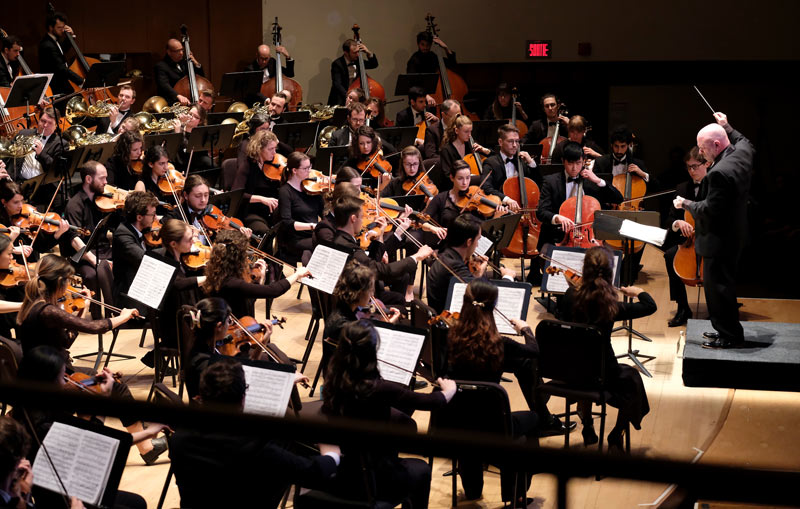 The performance said all that needed to be said. Solos were vivid and ensembles were tight. Highs and lows in the vast opening movement were impressively plotted and the special character of the inner movements emerged clearly. We heard good work from the player in charge of the offstage post-horn calls. Surprisingly, she was invited to the front of the stage at the end of the evening to take a bow. The principal trombone also had the sound of a player with a future.

First among soloists was contralto Marie-Nicole Lemieux, who produced a radiant tone in “O Mensch!” and stood in perfect contrast in the penultimate movement with the jubilant youth and women’s choirs (the latter also including alumni and professors). 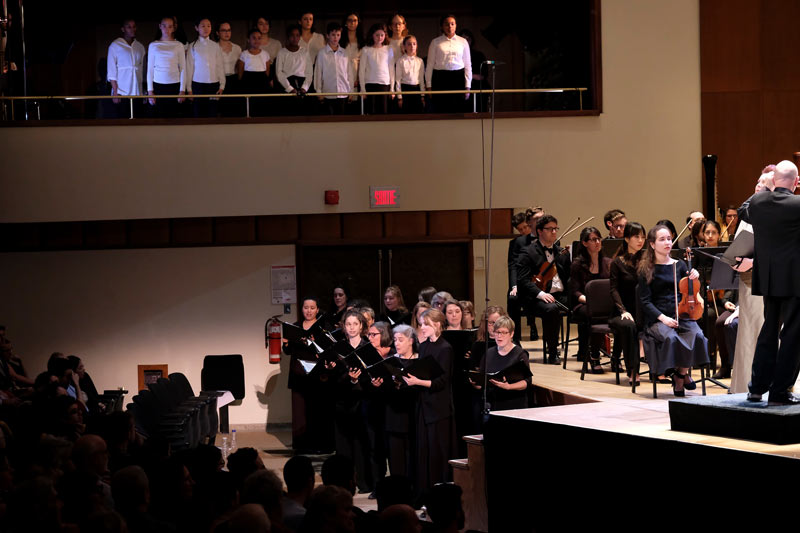 There is all the variety in the world in the Third. Still, the core of any successful performance resides in the organic and glowing finale, which moves from prayerful beginnings to full-orchestra splendour. With, mind you, some terrifying relapses into doubt. Rivest drew an intense sonority from the strings and found a tempo that moved forward with no loss of largesse.

The evening was a reminder of how blessed this city is with orchestral achievement, whether the practitioners are students or pros or both. It was good to be reminded also of what a fine acoustical space this 1964 concert hall is. The climb to the acropolis is usually worth it. 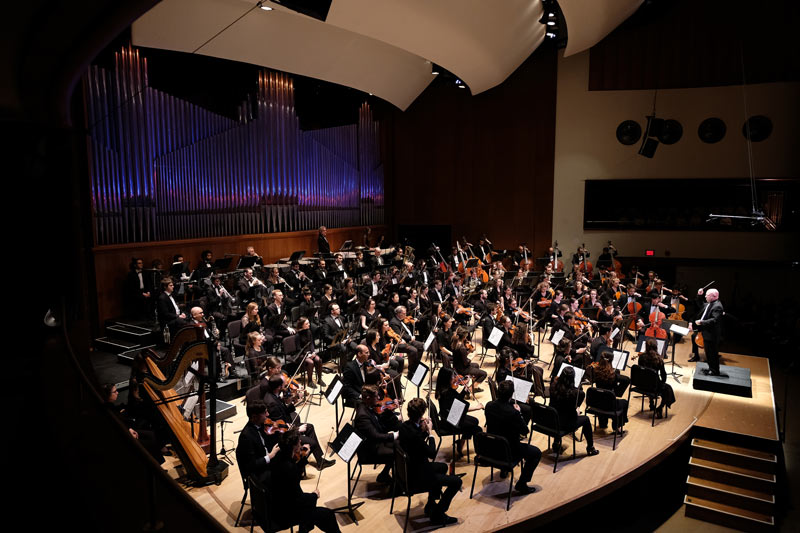