As far as Zeitouni is concerned, the online option is an act of audience building. Those who pay the modest $20 fee can watch a concert from anywhere – even other time zones – at the hour of their choosing.

“I’m not implying that we are competing with the Berlin Philharmonic Digital Concert Hall,” Zeitouni says. “But this allows friends and family members who are far away to watch concerts as well.”

Programming has been affected. Most IMDM seasons include a transcription (or two or three) of a string quartet by Beethoven, Schubert, Shostakovich or other heavy hitter. The no-intermission format of 60 to 70 minutes makes such scores difficult to accommodate.

The first program, for example, on Nov. 12, mixes Pergolesi’s Stabat Mater (soprano  Myriam Leblanc and mezzo-soprano Maude Brunet are the soloists) with a double bass concerto by the American composer Missy Mazzoli (IMDM principal Yannick Chênevert, soloist) and the premiere of In The Time Of Our Disbelieving by the Canadian Kelly-Marie Murphy.

“To me, the theme of that program is something that is very feminine,” Zeitouni commented. “You have two female soloists and two female composers.” 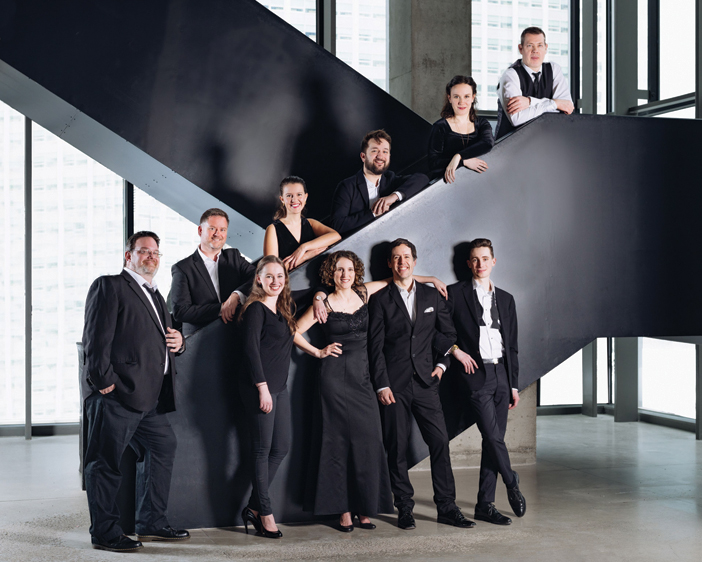 On Dec. 10 the orchestra is joined by the Meslanges vocal ensemble in a program including Poulenc’s Quatre Motets pour le temps de Noël and excerpts from Saint-Saëns’s Christmas Oratorio. “I call it the high-class Christmas concert,” Zeitouni says.

Next comes David Jacques, a guitarist with a collection of historical instruments. Given the soft-spoken tonal quality of the guitar, the digital option on Feb. 18 might offer the best listener experience.

On March 19 the focus is on Astor Piazzolla 100 years (plus a few days) after the birth of this Argentinian composer. Montreal-based musicologist Jonathan Goldman is on the bandoneon. Nicolas Ellis makes his I Musici de Montréal debut.

“He has fire inside,” Zeitouni says of this guest conductor. “Good for passionate music.”

On April 15 Zeitouni pays implicit homage to IMDM founder Yuli Turovsky and the Slavic tradition of the orchestra. The final concert, on April 29, features guest conductor Cosette Justo Valdés leading a program based on her own upbringing. A Sinfonia by Johann Stamitz was among the works this Cuban led as a student in Germany.

Will some of these concerts be given before a live audience? Evening repeats are possible if and when audiences are permitted – if and when subscribers feel secure.

Either way, this will be Zeitouni’s last season with the orchestra. “Ten years is a good tenure,” he says. “The music making is as motivated as ever.”

There have been changes to the IMDM board of directors, he notes. The time is right for a new artistic director.

The musicians? “They are sad to see me go, and I am sad to go,” Zeitouni says. “But ­sometimes we need to think about the future and the collective good.”