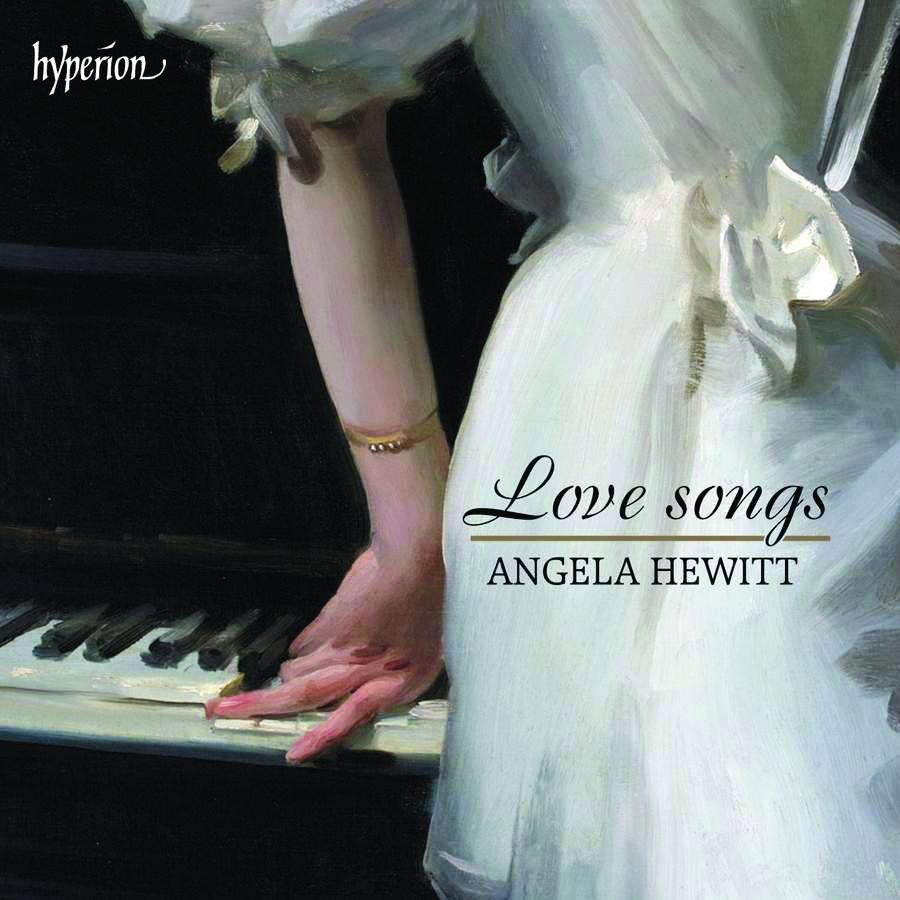 Ubiquitous in the era of Hausmusik, transcriptions and arrangements for solo piano are not heard often on the concert stage owing to the depth and strength of the repertoire written originally for the instrument. Here Angela Hewitt gives us a frankly small-r romantic collection of love-song Lieder as rendered purely pianistic by various transcribers, including herself. Gentle selections (including Schubert’s famous Serenade) go well; sometimes pianistic elaboration (as toward the end of Liszt’s popular take on Schumann’s Widmung) comes across as too percussive. There is no such problem in the longest and most enterprising item, Mahler’s Adagietto, wonderfully warm and sustained (at a non-lingering tempo) in the pianist’s own transcription. The final A in the right hand has a gentle beat, perhaps a credit to the tuner of Hewitt’s beloved Fazioli piano. Missing is the delightful Leopold Godowsky transcription of Strauss’s Ständchen, although we get an ardent Cäcilie and radiant Morgen! in renderings by Max Reger. (In her detailed booklet notes Hewitt confesses to having decluttered somewhat the latter.) Two songs by Grieg (transcribed by the composer) and Falla’s Siete Canciones populares (in arrangements by Ernesto Halffter) are among the items rounding off this appealing 23-track, 75-minute release.