You are at:Home»Classical Music»Aline Kutan & OCM From Yerevan to Montreal – and Beyond

Wonderful students every year,” Aline Kutan said late on a Friday afternoon after a full day of teaching. “I’m hoping they will have jobs when things open up again.” 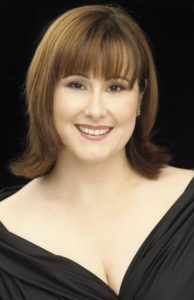 As a voice instructor at both McGill’s Schulich School of Music and the Conservatoire de musique de Montréal, Kutan cannot say she is without work in the pandemic era. But there is something essential about performing, even online. The soprano is looking forward to Yerevan to Montreal, a program in Salle Pierre Mercure featuring Boris Brott and the Orchestre classique de Montréal (OCM) that makes its web debut on March 9.

“It is repertoire dear to my heart,” the ­soprano said, referring to Armenian folk songs as collected and codified by the priest and scholar Komitas, as well as excerpts from Anoush, a 1912 opera by Armen Tigranian that is regarded by Armenians as a national treasure.

Kutan is certainly an apt choice of soloist, not only because Armenian is her mother tongue but because she sang the title role of Anoush for the Michigan Opera Theater in Detroit in 2001 (Montreal’s Raffi Armenian was the conductor) and the Yerevan State Opera in 2008.

“There was some pressure,” Kutan recalled. “There I was in Armenia, on a stage where the opera was performed in 1935.”

Anoush tells the tragic story of a peasant girl who falls for a shepherd, against the wishes of her brother. An elopement makes matters more contentious. Brother kills shepherd, driving Anoush to distraction.

“A bit of Tosca mixed with Lucia,” Kutan says of the denouement. She will sing two ­selections, including the climactic mad scene. Given the intrinsic interest of the music and its must-hear status for listeners of Armenian descent, the OCM is expecting to attract ­online sales well beyond Montreal.

“We have similar histories. We have been in the same lands, the same places. Our histories are similar, and our music is similar. To ­present it together makes good sense.”

Also on the program is Alexander Brott’s Songs of Contemplation, a 1945 cycle of four Victorian poems as set by the late founding conductor of what was once known as the McGill Chamber Orchestra. One of the numbers is a Cradle Song written with Alexander’s son Boris in mind.

“There are places where the music sounded like Anoush,” Kutan recalls telling Boris Brott, who suggested Songs of Contemplation. “I had him listen to some of it. We were on Zoom at the time.

“He said, ‘Wow, that sounds like Jewish music!’ I said, ‘Well, your music sounds like our music.’

“We have similar histories. We have been in the same lands, the same places. Our histories are similar, and our music is similar. To ­present it together makes good sense.”

The program includes two instrumental works: Alexander Brott’s Ritual and Khachaturian’s Masquerade Suite. You do not have to be Armenian to sign up for this webcast. Or Jewish!

From Yerevan to Montreal is performed live as a ­webcast on March 9 at 7:30 p.m. It will be available
as a replay until March 23. Go to www.orchestre.ca.