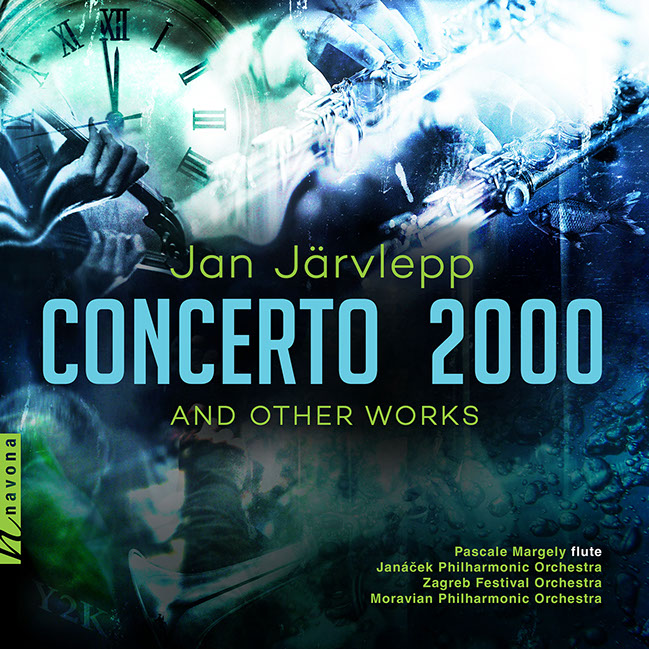 Enfant terrible of the Canadian contemporary music scene, the Ontario composer Jan Järvlepp last year released Concerto 2000 & Other Works on the Navona label. Known to the general public for his audacious Garbage Concerto (1995), this composer delivers an impressive array of works that affirm the postmodern character of his approach by rejecting the dogmas of new music. Freed from these conceptual shackles, Järvlepp returns unabashedly to tonality and offers accessible and evocative music.

Opening the album is Concerto 2000 of 2000, which gives rise to a flood of images inspired by traditional Spanish music, Arabic songs and Scandinavian musical folklore. This flute concerto, ably performed by the Janáček Philharmonic Orchestra and its conductor Stanislav Vavřínek, puts the talented soloist Pascale Margely in the spotlight. With its flamenco rhythms, the liveliness of the first movement contrasts with the funereal atmosphere of the second. Plaintive and delicate, the flute here descends into a realm of pathos in the midst of striking thematic developments. The concerto concludes with a lively and playful third movement that benefits from the virtuosity and exceptional articulation of Margely’s playing. The following tracks also testify to the eclecticism of Järvlepp’s influences. Popular rhythms and melodies are blended skillfully with complex neoclassical structures and rich orchestrations. With Concerto 2000 & Other Works Järvlepp realizes an individual, personal and approachable musical style that experienced listeners and neophytes alike can appreciate.