You are at:Home»Classical Music»Vocal»Opera»Interview with Il Divo: Let’s Talk Opera

We met the internationally acclaimed quartet right before their performance at Theatre St. Denis in Montreal. The ensemble, originally founded by British producer Simon Cowell, and now self-produced, delighted their fans with pieces from their new CD: Timeless. The recording is composed of a mix of pop and traditional standards from the 1930’s until now. It was released last August on Decca Gold with a #1 debut on Billboard’s Classical Crossover charts.

How did the band come together?

Carlos: I was doing La Boheme the night before the audition and my manager at that time told me they were looking for singers to record a cross-over project. The next day I went to the audition and they gave me a number and told me to wait in line. I sung “Vien Leonora” from La Favorita and “The Impossible Dream.” After the audition they asked me if I would like to be part of a band and I replied “no, no, nah. I’m a solo singer!” and I left. Sometime after, Simon Cowell called me himself, I didn’t know who he was. He invited me to London and I went and listened to the music. Even then I said “no,” but my family convinced me, “come on Carlos don’t be stupid, anyways you are getting a bit bored of the opera scene.” So I finally said yes and I don’t regret it.

Sébastien: I heard about the band through Carlos. While I was waiting to audition,I could overhear David (one of the other members) singing some opera. Im a pop singer, so I didn’t think I was in the right spot, obviously. Anyways… When my turn came I played the song “Caruso”  and it was fun. A trusted employee from Simon Cowell was there and showed immediate interest in hiring me.

Urs: funny coincidence: I was singing in a production of Samson at the Deutch opera and there was a counter-tenor in the ensemble, his girlfriend was Carlos manager’s secretary. He had heard about ll Divo project and thought it was a good idea for me to audition for it.

After hearing my demo, they invited me to London. The audition was in the Sony music building, right in Simon Cowell’s office. He made me listen to some pop songs and told me what he wanted me to do. I said to him, “But I’m a classical singer. I’ll do it if you pay me but I don’t think that’s going to take us anywhere, because it’s just not right.” Ha, ha, ha. Then I sang “Una Furtiva Lacrima”. It was a very unusual situation. Simon’s office was quite small and he had no piano or instrument to accompany me, so I had to sing over a karaoke accompaniment played on a cellphone or something.

He called me after and told me they where interested. At the moment I was freelancing, so I though this was good work. It could potentially pay well compared to opera. The plan was to just go into the studio and record an album, and that’s it. There was no contract for seven years or anything like that. 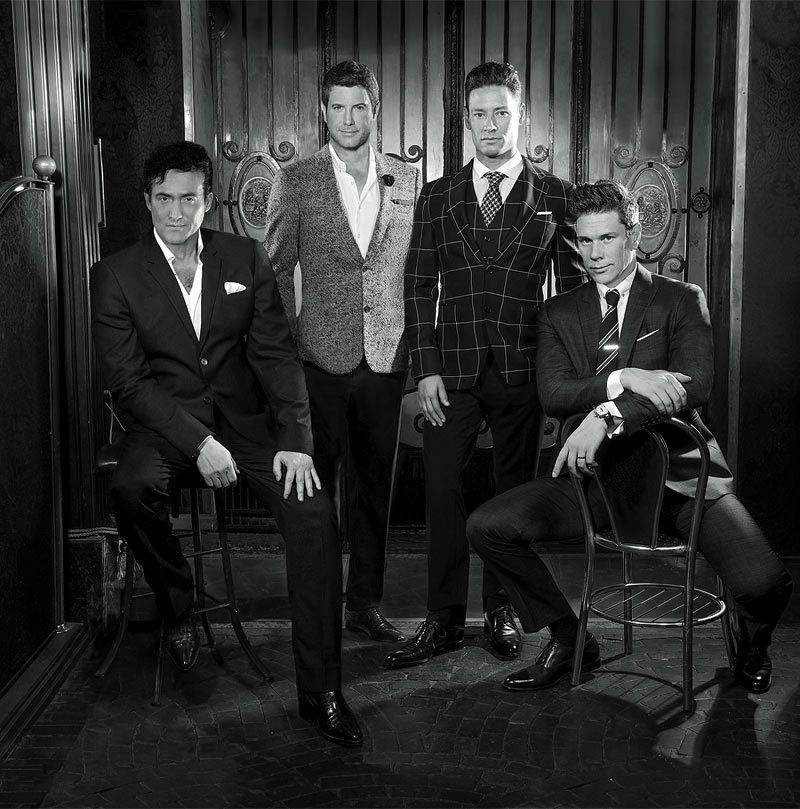 Do you miss singing classical music?

David: Yes, I miss singing opera! However, the great thing about “Il Divo” is that even though we are singing pop repertoire, no one ever asked me to modify my approach. I did have to learn how to create a pop style of voice, but I also get to use my operatic technique in every song. A lot of the bigger numbers have full orchestration and an operatic type of ending.

I’m also always trying to find time in my schedule to go and sing a full opera production. It has actually happened a few times, so far. In Il Divo we are all very understanding and try to accommodate the individual projects each of us might have. That way we fulfill the artistic needs that we have outside the band and when we come back we feel renewed and ready to go.

What is the difference in technique between singing pop and opera?

Urs: I hope that the readers don’t take this the wrong way, but actually I think it would be easier to just go and sing an opera, because you can guide your voice the same way throughout the show. However singing in Il Divo requires a great amount of flexibility and variety in the way you treat your voice.

Let’s take for example our interpretation Adele’s song: Hello (hola). It doesn’t make artistic sense to begin the song with a full operatic lyric voice. You have to tone that down and give a little bit of air in the voice. It’s just a different technique, with the rare exception, you never use air in opera! Contrastingly, in Il Divo we always do what’s best for the song, we adapt. 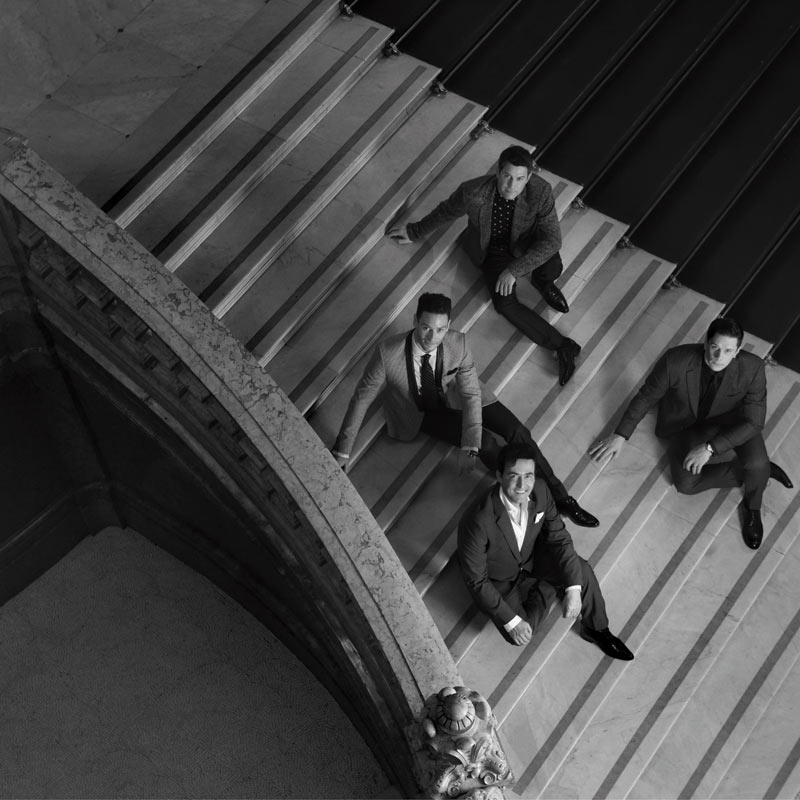 What is the secret of good high notes?

Carlos: In my case, I was always obsessed with being a tenor! Hahaha. It was not an uncommon practice in the 1950’s, some baritones would sing Othello (a tenor role) and then return back to singing their usual baritone roles.

David: In my opinion the classical voice is treated too preciously, for the most part. You sing in a certain way and then you rest sometimes even 3 days! I’ve learned throughout the 15 years of my career that instead, it’s better to stay active. It’s like Newton’s law, “a body in motion tends to stay in motion.” It is also difficult to get back on track after resting for three days! We sing everyday, so the philosophy of training is more similar to a marathon runner, you go to the gym everyday. You don’t flex quite so hard because you are still warm from the night before.

For young singers, if they really want to get into this kind of business, they need to be able to sing everyday. We sing 2 hours everyday and that becomes just normal. I find this show harder than any single opera I’ve ever sung, including Boheme. I find it’s important to have good stamina also, so it’s important to workout and be in contact with my body. Breathing is a physical aspect, if your muscles are not engaged and working consciously then you are at the whim of whatever happens to you. You wake up and you go: wouewew (made a funny bad sounding vocal sound) and you don’t know why, that’s when being in touch with your body is useful to help correct the situation.

How do you go about arranging your songs?

First, we have the arranger score out the song and create a demo. Then after the demo is approved by us and it is recorded with orchestra. Later, we go into the studio with the demo and put the lead voice first and then build from that. My favourite way of recording is when we sort of improvise the harmony.  We collaborate together with different harmonization ideas and choose what works best. However, working that way can be mentally and physically exhausting and can also be very costly, so we don’t do it so often now.