Evangelista’s sons didn’t fall far from the tree, as both are actively involved in Montreal’s music scene. Gabriel, his elder son, is a sort of musical chameleon: his influences are jazz, Gamelan, classical and salsa. “I describe myself in this order: composer, arranger, musical director and performer,” he says in a serious tone. “My background includes classical music, jazz, Balinese Gamelan, salsa and a little bit of flamenco.” He cites the Bali X album as one of the initiatives of which he is the most proud. “Giri Kedaton [the Gamelan ensemble that had its residence in University of Montreal]and I took Gamelan Gong-Kebyar and mixed it with ­different types of modern popular and urban music. For example, there is a Gamelan-Metal piece, another one that is sort of Gamelan-Electro. We even had a Gamelan arrangement of a piece by Radiohead” [one of the most iconic alternative rock bands]. 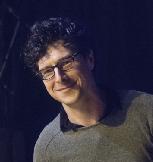 In the classical vein, Gabriel has composed music for chamber ­orchestras. Most remarkably he has composed one of the tracks for ­OktoEcho’s eponymous album — this is a Montreal-based chamber orchestra with Arabic influences — that was nominated for an Opus.

Latin music also has a special place in his heart. “I started to study salsa by myself when I was about 17. I got some books and started learning; I remember one book called Salsa, The Rhythm of Latin Music … I started getting better at it and began to play with the local salsa musicians. Since then I have started to do musical arrangements as well and a bit of conducting.”

Within that turmoil of musical activity, he’s found the time to ­create a new project, Afilao, a group whose name means “sharp.” It’s an Afro-cuban jazz septet that he describes as offering “a progressive view of a variety of Cuban modern music traditions. I try to combine the ­angular side of modern and progressive music with the groovy side.”

On the other hand David, the younger son of the Evangelista clan, is a “Shredder”, a high octane Metal guitar player. He ­explains how he became an electric guitar ­virtuoso: “I grew up in a house full of classical music, world music, and a lot of jazz. I was ­always into ragtime and jazz and that got me into the ‘bluesier’ side of things. At the beginning I learned classical music: piano and ­violin as well as solfège and harmony. However I was still drawn to blues without really knowing it. I used to take my violin and hold it like a guitar and play blues chord progressions without really knowing it was called blues or anything. So ­naturally the transition to guitar was easy, and I loved the virtuoso ­aspect of it. It was loud and intense, but it could be melodic and beautiful, too. I also was drawn to the controlled loudness of heavy metal, the polished noise aspect of it. I love loud distorted guitars. In a way they are very similar to violin: the tone and sustain and how you can shape the sound with an EQ [equalizer]. A lot of metal bands use harmonies, like Metallica and Iron Maiden.”

One can just imagine the musical chaos in the Evangelista household while Gabriel and David were growing up. Gabriel, putting up the ­“fiesta”, grooving with his piano and playing montunos, salsa-style piano patterns that are often played in Cuban music; David shredding epic guitar solos; and José trying to find the necessary reflection to compose!

José comments: “We had to be divided into different rooms with the different sound sources. Nonetheless there were many times we also ­listened to music together. I always took care that my sons had a classical reference, but we also listened to modern music from contemporary composers. Because both of my sons are musicians, I found it important to impress in them the classical influence and at the same time, the ­modern and popular tendencies — everybody must follow his own path.”